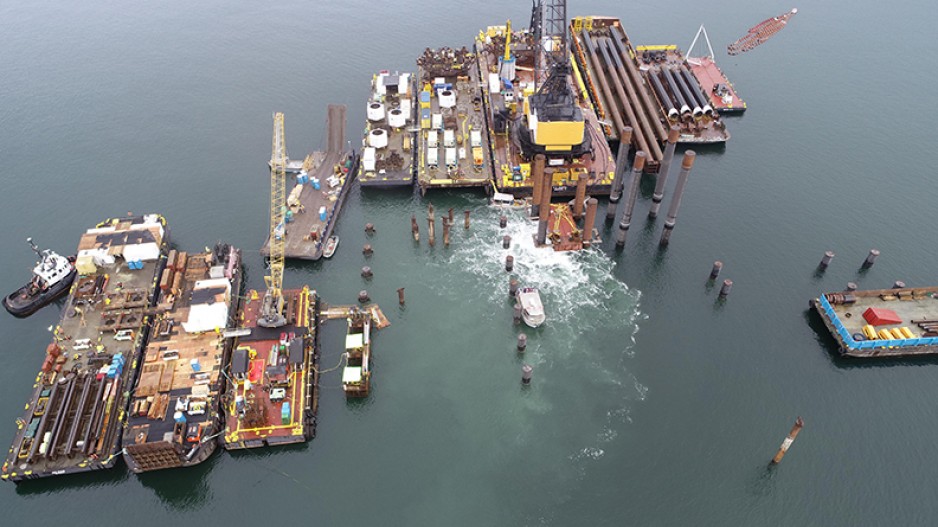 Part of a BIV series on what B.C.’s post-pandemic business landscape is expected to look like in two years.

In the early days of the pandemic lockdown, economists had hoped for a quick V-shaped economic recovery in Canada.

But a number of economists and forecasters now think it will be more U-shaped, with 2022 projected as the year when the economy will begin firing on all cylinders again.

And even then, S&P Global (NYSE:SPGI) says “permanent losses” – business closures and bankruptcies – will likely mean Canada’s economy will be 2.5% smaller in 2023 than it was at the start of the pandemic.

Economists cite high household debt, weak consumer spending and low oil prices – all factors in play even before the pandemic hit – for a comparatively slower recovery in Canada.

Given the importance of oil exports to Canada’s economy, the pace of its recovery may be tied to a single project: the $12.6 billion expansion of the Trans Mountain pipeline (TMX).

Its completion is important to Alberta’s economy, which has a disproportionate impact on the overall Canadian economy. One need only look at how the Canadian dollar tracks oil prices for proof. Energy accounts for 10% of Canada’s gross domestic product – about 7.5% of which is oil and gas, according to the Energy Exchange. Crude oil is Canada’s top export. When Alberta’s oil sector suffers, Canada’s economy suffers. So the speed of Alberta’s recovery could have a significant impact on how well the rest of Canada does. B.C.’s economic recovery could be quicker and more robust than other provinces, thanks to four big energy projects representing close to $50 billion in capital investment, which will be in various stages of construction or reaching completion by 2022.

The biggest story on the energy front, however, will be the completion of the TMX. Provided it suffers no more delays, that completion is scheduled for the latter part of 2022.

The most immediate economic impact will be from its construction. The project’s workforce is already approaching 5,000 in B.C. and Alberta, Trans Mountain Corp. says. At peak construction in 2021, the company expects, more than 5,500 workers to be employed on the project. The company is on track to spend $3 billion this year on the project, so spending in 2021 can expected to be even higher than that.

Richard Masson, chairman of the World Petroleum Council-Canada, expects some of the bigger oilsands operators in Alberta will begin approving expansion projects in 2021 in anticipation of a new outlet for their oil as the TMX nears completion.

“If the world price is kind of stable in the first half of 2021, and it looks like Trans Mountain is going to be completed, then we could start to see more investment in 2021 – and certainly by 2022 – and it will be the guys that have good projects already,” he said.

Alberta’s oil sector has been hit by the double whammy of pandemic lockdown, which drastically cut demand for oil, and an oil price war between Russia and Saudi Arabia.

Even if global oil prices recover to pre-COVID prices in 2021, Alberta producers can expect to continue selling their oil at a discount, until the Enbridge Inc. (TSX:ENB) Line 3 and TMX come online – estimated at 2021 and 2022 respectively.

Should TMX be completed on schedule, it would improve prices for Alberta oil. The pipeline twinning project would increase capacity to 890,000 barrels per day (bpd) from 300,000.

Masson pointed out that, prior to the pandemic and oil price crash, 300,000 to 400,000 bpd of Alberta oil was moving by rail, and another 250,000 bpd was curtailed, due to lack of takeaway capacity and low prices. So that’s roughly 600,000 bpd of existing production capacity that needs pipeline access.

“I would expect to see that pipe being full right off the bat,” Masson said. “If TMX gets started up [in 2022], for the first time in a long time there’s enough pipe. And that means the differential should stay very much in the range of US$8 to US$10, maybe US$12 a barrel, and we won’t have these big blowouts to US$30 or US$40 a barrel.