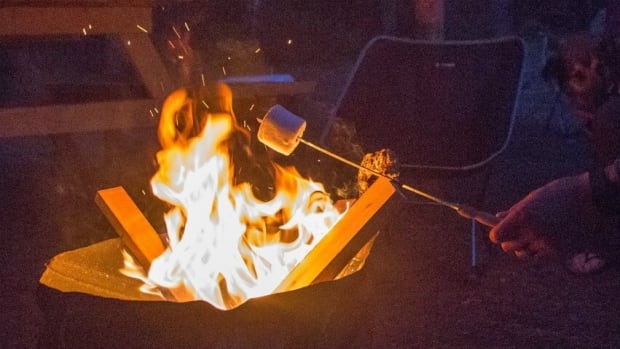 s part of his announcement this week about restoring the Saskatchewan economy and loosening restrictions on the public, Premier Scott Moe described the plan as a way to “gradually, cautiously and methodically reopen businesses.”

Saskatchewan and New Brunswick will be the first provinces to relax the rules from the COVID-19 shutdown.

With the number of infected people relatively low, there was some public pressure to do so.

Most businesses are losing money every day and are eager to open their doors. People want to enjoy what they’ve taken for granted in the past such as a haircut, a sit-down restaurant meal or sending their children back to school or daycare.

‘Unfortunately, I think it’s probably inevitable that we will have additional clusters or hotspots.’

So many people would like to have life return to normal, but in the absence of a vaccine, effective treatment or rapid testing, the reopening of a province may prove to be much more difficult than shutting down.

While many countries remain shut down, others have begun easing restrictions, including New Zealand, Denmark and the Czech Republic. Every country seems to take a different approach, with Norway prioritizing reopening schools, for instance, while Austria is set to open shopping centres and hotels, but has yet to make a decision about whether to keep students at home.

As provinces introduce their plans, here are some of the key considerations and what to expect in the weeks and months ahead.

There will be outbreaks

Saskatchewan’s plan will begin in May, but many dates are still undetermined. That flexibility is important, say experts, because decisions can then be based on information about how the virus is spreading instead of adhering to fixed dates.

“What we know today might not be the same as what we know next week, and we’ll have to make our plans flexible enough to accommodate that,” said Craig Jenne, an infectious disease expert who teaches at the University of Calgary.

Even if some provinces have flattened or bent the curve, there still remains a risk of outbreaks.

“Unfortunately, I think it’s probably inevitable that we will have additional clusters or hotspots,” he said.

The key will be for provinces to be prepared to rapidly respond and continue contact tracing, he said, or else just one infected person could easily spread the virus and cause a significant outbreak.

Some workers can’t be protected

In most cases, such as working at a bank, there are methods to protect workers such as routine hand washing, physical distancing and perhaps physical barriers.

Still, there is no perfect way to protect against exposure.

“They do a fantastic job of knocking the risk down. But no one of those aspects alone can guarantee we don’t transmit infection,” said Jenne.

There are also some jobs where it is much more difficult to protect employees, such as in construction, oilfield and manufacturing.

“These are areas where things like routinely wearing masks, maintaining six feet of social distancing are just not practical. You cannot maintain those standards and get these jobs done in a safe fashion,” he said.

The largest outbreak so far in the country is linked to the Cargill beef processing plant in High River, Alta., and is a reminder about what health officials are guarding against as provinces plan to reopen their economies. It also shows how the best laid plans may not be enough to protect against a virus that health experts don’t yet fully understand.

Before the virus began to hit the meat processing sector, industry leaders announced they were taking many steps to protect workers and maintain operations through screening the temperature of employees as they arrive, changing shifts and hiring more staff.

Still, there is only so much physical distancing that can be practised inside these types of facilities, where thousands of workers are needed on a processing line, standing shoulder to shoulder.

Despite all the protections in place, it wasn’t enough. COVID-19 is leading to the closure of several meat processing facilities across North America, including the one in High River, which is shutdown indefinitely with about 500 infected people linked to the plant.

“The spread of this is much more pervasive than I think even health authorities and doctors and scientists appreciated. So the measures that were put in place at that time were the best measures that had been identified,” said Chris White, president of the Canadian Meat Council.

Knowledge about the virus is changing frequently, which is leading to different practices to protect workers, he said, such as the recommendation earlier this month for workers to not only use face masks, but also face shields.

“That’s been an evolution,” he said. “Every day there are discussions to say, ‘Well, what we did yesterday, is that sufficient? Have we learned anything from yesterday that we could implement in this plant?'”

Business owners and corporations will have to plan the best way to protect workers and still be able to bring back workers, while remaining financially viable.

For a typical restaurant, that could include additional measures for food safety, employee health and physical spacing between customers, according to Chris MacDonald, who teaches business ethics at Ryerson University in Toronto.

“It’ll bring a whole new set of questions that we haven’t had to deal with yet,” he said.

If workers become sick or die because of contracting the virus on the job, which has happened, companies and business owners may face significant consequences.

“You would expect there’s going to be a whole range of … unprecedented, legal risks,” said MacDonald.

In Australia, the reopening of beaches seemed like the best way for many people to shake off the cabin fever feelings of the pandemic. Unfortunately, so many people flocked to the beaches that they had to be shut down, just days after reopening.

Whether it is a public place, a business or some other venue, governments may find loosening restrictions is much easier than making sure people follow rules and important measures like physical distancing.

“Enforcing the rules and enforcing the best practices is going to be something that may be difficult but will absolutely be critical,” said Jenne.

After the boom: Canada’s oil capital faces an uncertain future