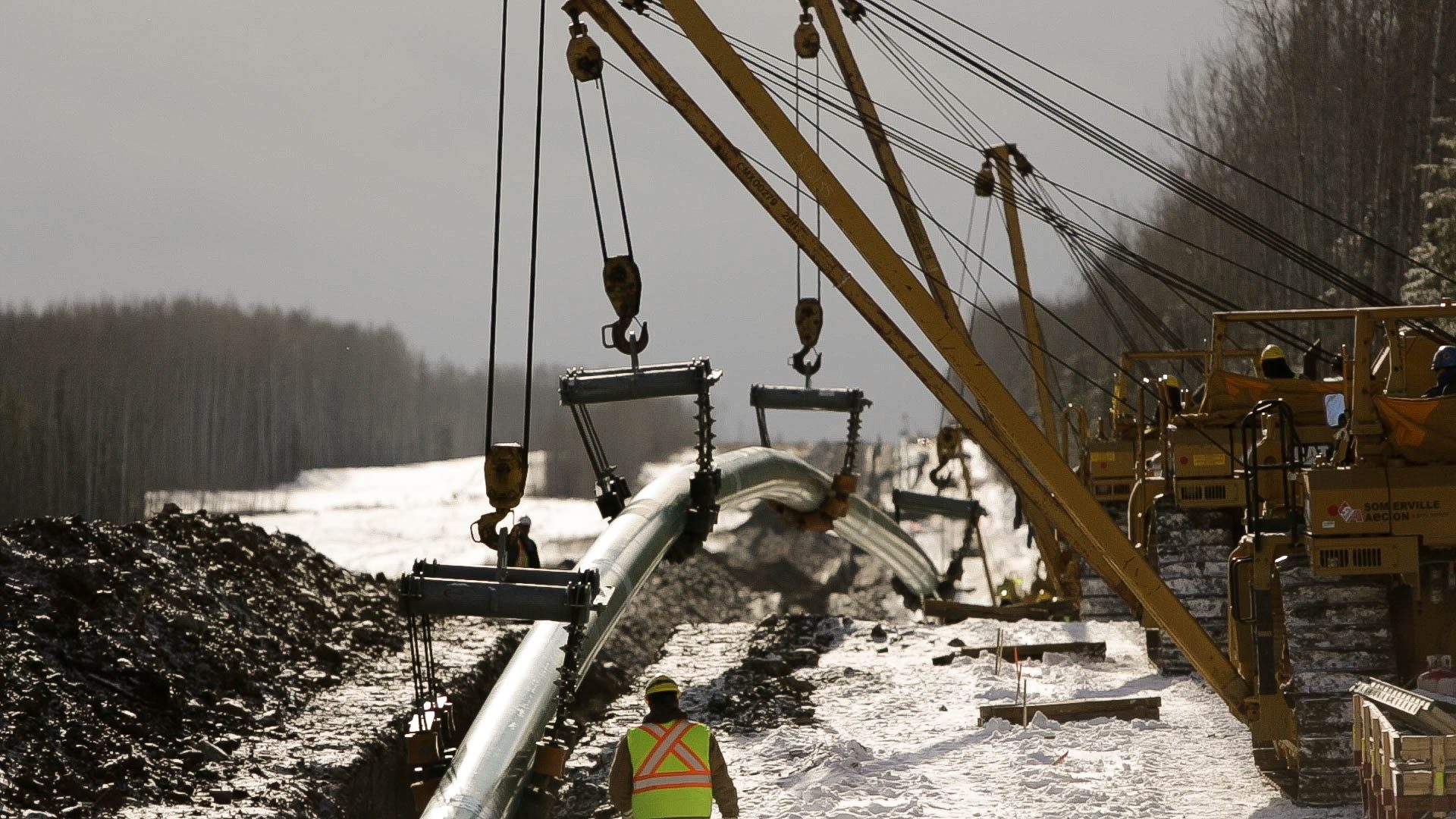 Turbulent, chaotic, overwhelming — it’s been the kind of year that tests a person’s nerves and their vocabulary. At times, there have been no words.

Canada’s oil and gas sector didn’t escape the tumult, of course, turned on its head by an international oil price war and a pandemic that crushed fuel demand.

It was also a year where talk of “energy transition” was popular among policy-makers — and global oil producers. The discussion about what’s next had a greater sense of urgency.

The year ahead will likely offer little respite, with the pace of economic recovery, pipeline development, climate policy and a new occupant of the White House all part of an unpredictable mix.

The challenge for many who work in the industry may lie again in how quickly they are able to adapt in an unpredictable and ever-changing world.

The spread of COVID-19 around the world this year squashed fuel demand, taking crude oil prices down with it. Those prices even turned negative at one point.

Market watchers expect vaccines will help air and automobile travel pick up again, lifting oil demand, but when and how much remain topics of debate.

“I think there’s really a lot of volatility in the market as we look over the next six to even nine months,” said Kevin Birn, a Calgary-based analyst with market research firm IHS Markit.

There are also questions about what the recovery will look like. Some argue the pandemic will usher in lasting change, such as more people working from home instead of commuting.

It even led to earnest discussion about how soon peak oil consumption will arrive — a debate that will no doubt continue in 2021.

Still, in mid-December, the North American benchmark price for a barrel of oil climbed to well over $45 US as traders saw some light at the end of the pandemic tunnel.

The $3.8-billion merger of two key players in the Canadian oil and gas business — Husky Energy and Cenovus Energy — was among the big surprises of 2020.

The Canadian oil and gas sector is unlikely to see another merger of such size in 2021, but analysts believe consolidation will continue in the months ahead.

Such consolidation can help make for more effective and efficient production in the sector, but takeovers and mergers won’t lessen anxiety levels for workers. The merger between Husky and Cenovus is expected to result in around 2,000 layoffs.

The federal Liberal government recently laid out plans for cutting greenhouse gas emissions, and debate over the strategy is sure to continue well into 2021.

The centrepiece of the policy is a gradual increase in the federal carbon tax on fuels, which means pump prices, for example, will rise by more than 37 cents a litre by 2030. Rebates will be used to compensate consumers for associated cost-of-living increases.

Taxes are only part of the overall plan, which includes $15 billion in new spending on climate initiatives over the next 10 years, including improving the country’s electric vehicle charging infrastructure and funding for home retrofits.

The carbon tax strategy was quick to draw fire in Alberta, where critics say it will cost jobs. But supporters say the policy will create employment as it drives the country toward a future in a competitive, low-carbon world.

Of course, the constitutionality of the federal carbon tax is still before the Supreme Court of Canada, with the outcome also expected in the new year.

The long-running saga surrounding Keystone XL could come to a head in 2021.

The pipeline project, which aims to get more Alberta crude to Gulf Coast refineries in the U.S., has long faced environmental opposition. Soon, it will face an unfriendly White House, too.

President-elect Joe Biden has called it “tarsands that we don’t need,” with environmentalists urging him to live up to the tough talk by cancelling a critical permit for the line.

Project supporters will hope the Alberta and federal governments can convince Biden of the project’s economic merits, but observers expect an uphill climb.

“I do have my doubts,” said Kainz, the senior associate with Enverus.

Meanwhile, work will continue on two other major pipeline projects: Enbridge’s Line 3 and the Trans Mountain expansion, which the federal government purchased for $4.5 billion in 2018.

Environmentalists say any project that allows for oilsands expansion would be inconsistent with the 2050 net-zero emissions goals for North America.

Preparing for the energy future

Expect to hear more talk from policy-makers and executives about preparing for the energy future, whether that’s innovation in the oil industry, geothermal technology or hydrogen development.

“I think this is the year that companies can really set the course for where they want to go over the next decade, and maybe the next two or three decades,” said Warren Mabee, director of Queen’s University’s Institute for Energy and Environmental Policy.

Companies such as Cenovus, Canadian Natural Resources and Enbridge have pledged to get to net-zero emissions by 2050. Now, people will want to know more about how companies that make such promises intend to meet their commitments and what progress they’re making.

Investor scrutiny — and divestment — are part of a market that is increasingly weighing climate change and climate risk.

Big international oil players are also developing strategies for the energy transition. Royal Dutch Shell, for example, has plans to move into the electrical power sector and renewable energy.

All of this to say, the discussion about the future of energy, in all forms, is getting more attention. And there will be more to come in 2021, especially as the U.S. is expected to move forward on greening its economy.

In Canada, the oil and gas sector is expected to help drive the economic recovery. It is looking for more ways to reduce emissions. Governments are also developing strategies to help grow hydrogen and geothermal into significant players in the energy economy.

“It can be a really good year for Canadian energy,” Mabee said. “I think that this is the year … that we can do a bit of a re-think of how we want to power our society.”

Cryptocurrency innovation on the chopping block in Canada