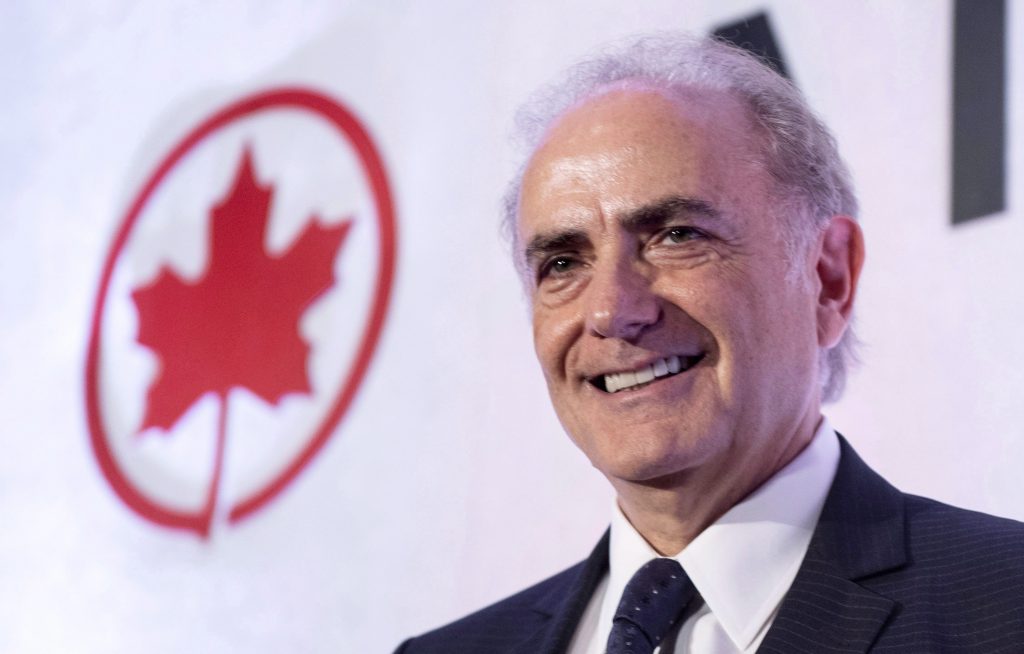 Air Canada president and CEO Calin Rovinescu arrives for the airline's annual meeting Monday, April 30, 2018 in Montreal. Rovinescu enjoyed a leap in total compensation to $11.5 million last year, up 28 per cent from $9 million in 2017. THE CANADIAN PRESS/Paul Chiasson

Air Canada chief executive Calin Rovinescu enjoyed a leap in total compensation to $11.5 million last year, up 28 per cent from $9 million in 2017.

Total compensation for the carrier’s top six executives reached $24.9 million in 2018, a 24 per cent jump from $20.1 million the year before, according to the proxy circular ahead of Air Canada’s May 6 annual meeting.

Rovinescu’s direct compensation amounted to $8.9 million, with a raise to $10.4 million planned for 2019.

The direct compensation comprised a base salary of $1.4 million, share-based and option-based awards of $5.6 million, and a pension value of about $1 million.

Rovinescu, who has headed the Montreal-based airline since 2009, also received a bonus of $3.5 million.

El Salvador Bitcoin city planned at base of Conchagua volcano