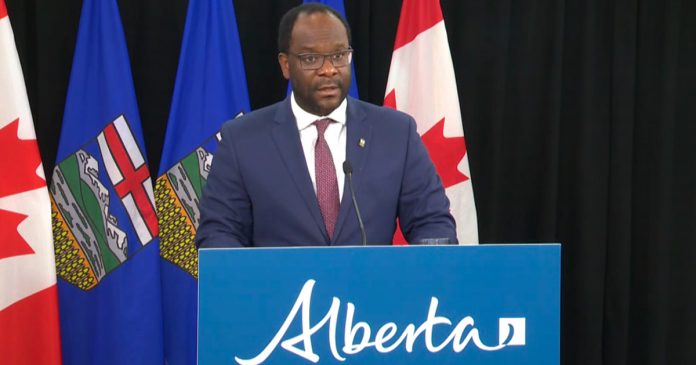 Jason Kenney’s government has tabled a bill that will allow voters to turf underperforming politicians between elections.

Styled the Recall Act, Bill C-52 sets out the process for voters to petition for the removal of MLAs, municipal councillors and mayors, as well as school board officials.

Any Alberta voter can initiate a petition to recall their MLA for any reason by applying to the Chief Electoral Officer. Once the petition is issued, the applicant has 60 days to collect signatures from 40% of eligible voters in the MLA’s constituency. Petitioners and those volunteering to collect signatures must be residents of the riding in question.

If the threshold is met, a riding-wide recall election will be held. If a simple majority votes to recall, the MLA is removed from office.

For MLAs, there is a two-year window between elections in which someone can initiate a petition, starting 18 months after an election and ending six months before the next election.

Municipal and school board officials can be removed by petition alone, though the petition must have signatures from 40% of the district’s population, rather than 40% of eligible voters.https://www.youtube.com/embed/lDruI-JVHbs?feature=oembed

At a press conference Monday, Kenney said the law “allows the voters, effectively, to fire their representatives if they break public confidence.”

“We committed to the most dramatic democratic reforms in Alberta history, to put Alberta voters in the driver’s seat, to make it clear that at the end of the day, ordinary Alberta voters are the boss in our democracy,” Kenney said. “And if they lose faith in their elected representatives, they can hold them to account in between elections.”

The Canadian Taxpayers Federation welcomed the announcement and lauded Kenney for following through.

“Recall legislation is a big win for government accountability in Alberta,” said Franco Terrazzano, the CTF’s Alberta director. “We always deserve the ability to hold our politicians, including councillors and mayors, accountable, and Kenney’s recall bill gives us that ability.”

If passed, Alberta would be the second province in Canada, after British Columbia, to have a recall mechanism.

The province will have to develop regulations on spending and advertising in recall campaigns, limiting how much political parties, citizens and third-party groups can spend supporting or opposing recall petitions and votes.

In February, United Conservative Party house leader Jason Nixon indicated the Alberta government would also introduce a bill on citizen initiatives, which would allow for citizen-led petitions and referenda on policy and legislation, rather than politicians.

Are you smarter than a day trader?