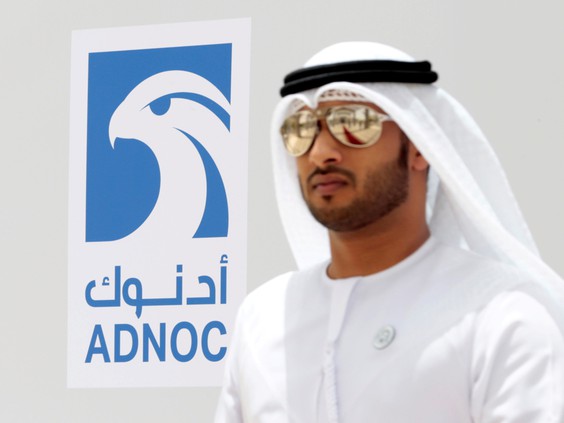 CALGARY – While North American private-sector oil producers are reeling from the coronavirus pandemic and an oil price crash, a handful of global state-owned oil companies are poised to grab market share with massive new spending programs.

Abu Dhabi’s Supreme Petroleum Council approved a US$122 billion budget this week to to boost production at the Abu Dhabi National Oil Co. — a bold, counter-cyclical move at a time when many oil producers are paring back spending following the COVID-19 induced oil price collapse.

Some experts see it as an opportunistic move by a member of The Organization of the Petroleum Exporting Countries to grab market share, while others believe the UAE producer is looking at boosting output before oil demand reaches its expected peak in the mid-2030s. Either way, it’s one of the few oil producers boosting spending while competitors in jurisdictions such as Canada have sharply cut spending.

In Alberta, home to the oilsands and the world’s third largest petroleum reserves, estimated at 165.4 billion barrels, operators don’t have the option of dramatically boosting spending as shareholders have punished companies pursuing production growth rather than increased returns.

But national oil companies such as ADNOC are in a different position than publicly-traded oil producers at a time when institutional investors are demanding spending reductions and capital discipline from private-sector energy companies.

“If you look at the various sectors of the oil industry, they would be the least concerned about capital,” said Bob Skinner, an OPEC watcher, president at KIMACAL Energy Strategies and a former director at the International Energy Agency. “They would not face the same constraints as a company here in Alberta.”

Oslo-based Rystad Energy predicts oil and gas producers across the world will spend US$380 billion next year, roughly flat compared with 2020, when oil companies cut spending dramatically to survive the oil price collapse.

The energy consultancy doesn’t expect the global upstream oil and gas spending to return to 2019, pre-pandemic levels of US$530 billion for another three years and went so far as to caution that the previous oil-price shock of 2014 will lead to a permanent reduction in spending. Prior to 2014, oil producers spent US$880 billion on average each year, but the industry hasn’t reached that level of investment since then.

U.S. shale oil producers have led cuts globally this year, slashing capital spending by 50 per cent during the pandemic, followed by oilsands producers who slashed spending by 30 per cent over the course of the year, said Olga Savenkova, an upstream analyst with Rystad.

“We don’t expect to see a boost in investments in 2021,” she said, adding there would be a ‘slight uptick’ in investments by 2023. “We feel something like maybe 10 to 20 per cent maximum uptick in investments for the next few years.”

Savenkova noted there’s a bifurcated strategy for private-sector companies compared with national oil companies, some of which are planning additional spending including new liquefied natural gas investments in Qatar and a production boost in Abu Dhabi.

Elsewhere, Norway offered 136 blocks in the Arctic Barents Sea and Norwegian Sea in its latest licensing round in November, opening the way for a major expansion of exploration in the Arctic.

Experts say the decision by Abu Dhabi to boost spending could be motivated by a desire to monetize its vast oil reserves before an expected peak in worldwide oil demand and also possibly a desire to grab market share from a reeling North American oil industry.

“As there’s greater uncertainty about the future of global demand, if you have a lot of resources, you might feel an incentive to produce that resource sooner if you had concerns about what the marketplace would look like a decade out,” said Ian Nieboer, managing director at Enverus, a Calgary based analytics company.

If you’re long resource and you don’t think you can produce it in the time horizon that makes sense to you, then producing it now is a profit-maximizing strategyIAN NIEBOER, MANAGING DIRECTOR, ENVERUS

“If you’re long resource and you don’t think you can produce it in the time horizon that makes sense to you, then producing it now is a profit-maximizing strategy,” Nieboer said.

By contrast, Nieboer said most private sector oil producers, and especially mid-sized operators in Canada, have been “trying to keep their heads above water” this year and don’t have the same ability to spend capital to grow production.

The United Arab Emirates also raised eyebrows earlier this month when one of its government officials questioned the advantage of being an OPEC member, which some interpreted as the country’s desire to quit the group and pump oil without constraints or quotas.

“The UAE is a little bit annoyed with some of the non-compliance players in OPEC,” said Skinner. He dismissed the idea that the UAE would leave the oil cartel, saying mutterings about non-compliance are commonplace.

Skinner, an executive fellow at the University of Calgary School of Public Policy, added that he doesn’t expect the UAE to leave OPEC and interprets Abu Dhabi’s spending plans as a potential way to boost production from its key Murban oilfield, which the emirate is promoting as a benchmark crude.

“The problem is you have to have liquidity for a reference crude. There may be some interest in investing to bring up the production of Murban,” he said.

While state-owned oil producers are focused on capturing new opportunities, North American producers are hemmed in by institutional investors who are demanding capital discipline after years of paltry returns, even before the disastrous collapse in oil prices in 2020.

During second-quarter earnings calls this fall, every major producer in Canada dismissed talk of spending on new growth projects despite the fact that long-awaited export pipelines are under construction. Instead, producers pledged to spend less than their cash flow.

In Alberta, energy investment plunged 30 per cent in 2020, but the province’s mid-year fiscal update released Tuesday expects investment will rebound slightly next year, jumping 9.3 per cent to $18.3 billion.

“While oil and gas investment is expected to pick up, it is not expected to return to 2019 levels throughout the forecast period,” the province’s budget update notes.

The province also expects oil production will rise eight per cent to 3.8 million barrels per day in 2023 from an expected 3.5 million bpd in 2021.

A Canada Energy Regulator report this week estimated that, in one scenario, Canadian oil production will increase steadily until 2039 to 5.8 million bpd, from 4.5 million bpd currently.

Is it really hard to grasp the ‘invest in what you know’ philosophy?