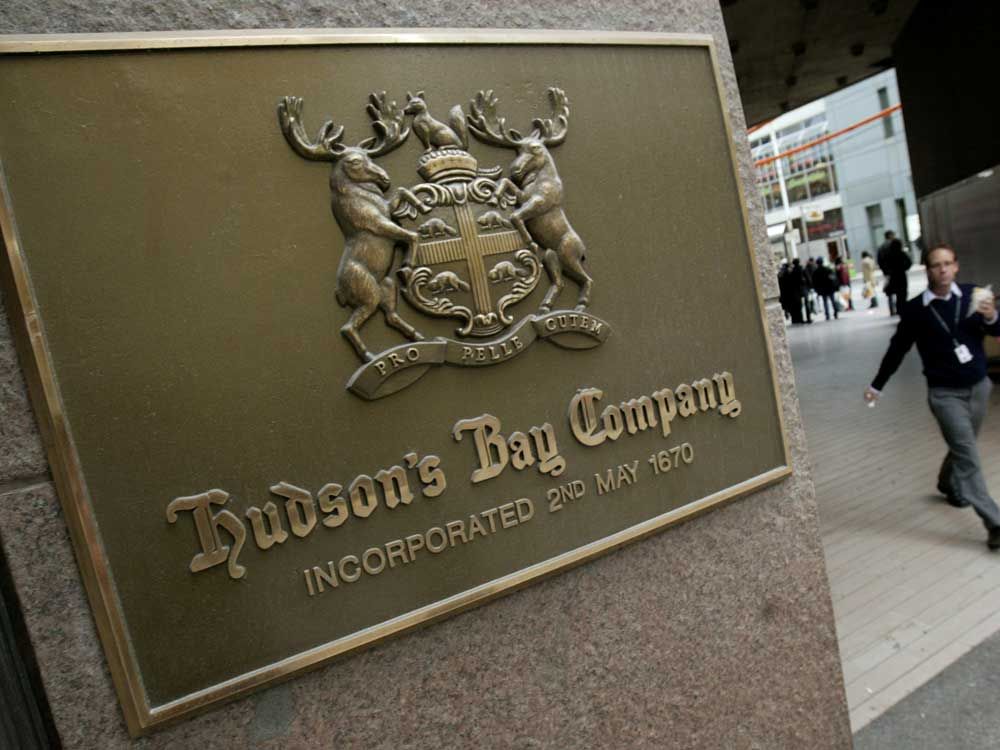 In an interview, Baker said his group paid more than they expected to privatize the retailer because hedge fund Catalyst Capital mounted a public challenge opposing the transaction. Catalyst’s tactics involved amassing shares and complaining to the Ontario Securities about the process. The hedge fund even suggested it would pay $11 a share to buy HBC itself.

“I think they did a very successful job. They got us to pay $11 a share,” Baker told the Financial Post on Thursday, adding that such “noise” and “aggression” is often part of hedge fund strategies.

“It’s more than we imagined we would need to pay or should pay, but it’s a logical price and people seem to be very supportive.”

He said the transaction was ultimately worth it because it gives liquidity to shareholders who wanted out, and removes the quarterly demands of public shareholders so needed investments can be made to help the retailer compete through improvements to both in-store and online shopping.

The privatization is expected to close next week, and Baker said an immediate improvement would be the adoption of upgraded software that will allow customers to buy goods online and choose a specific store in the 89-store Canadian chain to pick them up.

In addition to investment in online sales, which grew by double-digits in the recent third quarter, there will be upgrades to physical stores in the chain, which number nearly 250 around the world including Saks Fifth Avenue and Saks Off 5th, he said.

Baker dismissed a suggestion that online retailer Amazon has established such as sizeable grip on the market that it is likely to put traditional in-store retailers such as HBC out of business. He pointed out that the Seattle, Wash.-based online behemoth has made investments in “bricks and mortar” locations through the purchase of Whole Foods and plans to roll out supermarkets in the United States.

“They’re getting into the brick and mortar business,” as are online retailers such as eyeglass vendor Warby Parker, Baker said.

Furthermore, he said HBC plans to continue to differentiate itself through partnerships with unique brands. For example, Hudson’s Bay acquired Canadian franchise rights for Topshop and Top Man merchandise from the retailer in the United Kingdom, and Saks Fifth Avenue has forged a licensing agreement with Authentic Brands Group for the rights to the Barneys name, following the bankruptcy of the luxury retailer in the United States.

Baker’s group, which already controlled 57 per cent of the HBC before yesterday’s vote, first offered to take the iconic Canadian retailer private in June for $9.45 a share.

Minority shareholders including Catalyst objected, with some arguing that the department store chain’s vast real estate holdings were being undervalued. In particular, Baker and his partners were criticized for selling HBC assets in Europe while formulating their take-private bid.

In the interview Thursday, Baker defended the process, saying a special committee of directors and a raft of professionals vetted the transaction.

“There were advantages and disadvantages to how we moved forward,” he said.

“I think the special committee and three different bankers, and all kinds of lawyers, did the most professional, most thoughtful analysis and process that could possibly be done, and I think the noise and aggravation from different shareholders is part of their strategy to get the largest share price possible.”

In late October, Baker’s group raised its bid to $10.30 a share, signaling that it was their best and final offer. But Catalyst was by then amassing its own block of shares and allies in an attempt to use the terms of the privatization — and the complaints to regulators—to block the transaction.

In January, Baker’s group ultimately agreed to increase its bid to $11 a share, a price that won Catalyst’s support.

Baker’s New York-based company began its involvement with HBC as a minority shareholder when Jerry Zucker paid $1.1 billion to purchase and privatize the retailer in 2006. Baker’s firm subsequently bought the retailer in 2008 after Zucker’s death and was instrumental in taking the company public in 2012.

He said Thursday that the initial public offering that year was — like the current privatization — an attempt to provide liquidity to shareholders.

“What happened was we bought it in 2008 and we had created a lot of value and cleaned up the business in a lot of ways, and it was an appropriate moment to allow our shareholders to be able to have liquidity in the open markets, public markets,” he said.

Since that time, “the world changed,” Baker said, adding that there were two distinct groups of shareholders within the company including a large group that wanted to “de-risk” by cashing out, and were not able to do so on the open market.

At Thursday’s meeting approving the latest privatization, votes were cast by investors holding 76.57 per cent of outstanding shares eligible to vote.

Posthaste: Canada may be locked out of a $2.6 trillion bonanza if Biden enforces a stringent ‘Buy American’ policy

Why Canada needs to pay close attention to its tax system