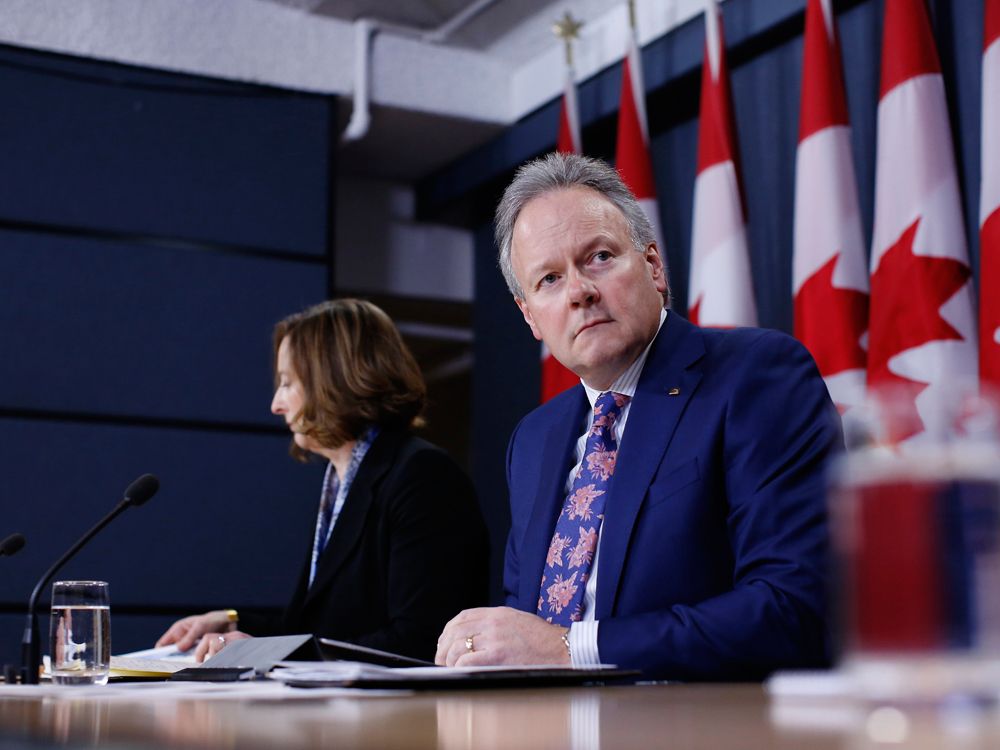 The Bank of Canada is considering launching a digital currency that would help it combat the “direct threat” of cryptocurrencies and collect more information on how people spend their money, The Logic has learned.

An internal Bank of Canada presentation, prepared for Governor Stephen Poloz and the bank’s board of directors, offers the most detailed public insight yet into the bank’s thinking on a proprietary digital coin. According to the presentation, the currency would be widely available. It would initially coexist with coins and paper money, eventually replacing them completely.

The presentation, titled “Central Bank Money: The Next Generation” and acquired by The Logic via an access-to-information request, was prepared by Stephen Murchison, an adviser to Poloz tasked with leading the bank’s digital currency research, for a September 2018 board meeting. Murchison presented it as part of a two-year research project on whether or not the bank should issue its own digital money.

It emerges at a moment of heightened concern over the implications of digital money. Global regulators and central bankers — including representatives from Canada — are gathered this week in Washington, D.C. at the annual joint World Bank/International Monetary Fund meetings, which include a session on Big Tech and the future of finance. China is in the final steps of launching its own digital coin and Libra, Facebook’s digital offering is losing key backers and facing scrutiny from regulators worldwide, including the Bank of Canada.

“We need to innovate to stay in the game,” the presentation reads. A digital currency would provide “all the benefits” of a central bank-backed asset, it says, as well as “all the convenience and security of wireless, electronic payments.”

It lists over a dozen benefits to the bank launching its own digital currency, and only one downside.

It suggests a digital currency could come with the option to pay interest on balances, and the ability to collect more information on Canadians than is possible when people use cash. “Personal details not shared with payee, but could be shared with police or tax authorities,” reads the presentation.

Murchison, who is on secondment at the Caisse de dépôt et placement du Québec, directed questions to the Bank of Canada, which declined an interview request. In an email to The Logic, spokesperson Louise Egan said the bank has not yet decided whether it will launch a digital currency, and that the question of sharing information with police and tax authorities is “among the many issues that continue to be assessed by Bank researchers.”

Egan also said the bank is aware of more potential downsides to issuing its own digital currency than the one listed in the report, including a reputational risk for the bank if it issues an e-money that is not widely used, or is used, but for illegal activity.

She did not directly answer questions about whether a digital currency issued by the Bank of Canada would include the specific details included in the presentation.

Asked if the project had concluded and if the bank would be issuing a currency, Egan said its “research on this topic is ongoing.” Scott Hendry, the bank’s senior director for financial technology, now oversees the bank’s digital currency research.

The presentation suggests two deployment options for a digital currency: token-based and account-based. It warns that banknotes are becoming obsolete as a means of payment, creating problems for the banking system as a whole: “The time may come that merchants/banks find it too costly to accept banknotes.”

If that happens, “ordinary Canadians would lose access to central bank money,” but the bank’s ability to carry out monetary policy and act as a lender of last resort would not be affected, it states. However, those functions could be threatened by the rise of cryptocurrencies, according to the presentation.

“Cryptocurrencies may become a direct threat to our ability to implement monetary policy and lender of last resort (LOLR) role.”

Cryptocurrency use is growing. A July 2018 study from the bank found five per cent of Canadians owned Bitcoin, up from 2.9 per cent the year previous.

The Bank of Canada has been studying digital currencies since at least 2013, when its two-year plan said it would “explore the frontiers of e-money — digital alternatives to cash and their implications for central banks.” More recently, however, the issue has taken on new urgency: in October 2018, a Financial Stability Board working group, chaired by Murchison, released a report on how cryptocurrencies could destabilize the global financial system and what steps central banks should take to avoid it. Since the report’s release, Facebook has announced plans for Libra, and China is poised to launch its own coin.

International cooperation is cited as a key issue in the presentation: “The incentive to produce a ubiquitous international currency is huge.” The Bank of Canada is already taking steps to work with other central banks on digital currencies. In May, it announced it had conducted the world’s first transfer of a digital currency from one central bank to another, in partnership with Singapore.

Canada is far from the only country exploring a digital currency. Last week, Switzerland’s central bank started exploring the use of digital currencies for trading. Sweden and Singapore both have research efforts underway. China appears ready to be the first to launch, with plans to have its own currency up and running either late this year or early next.

It’s not just countries getting into the digital currency game. In addition to Facebook’s Libra, JPMorgan is already using a digital coin and Vanguard is testing a blockchain-based currency trading system.

The Bank of Canada, by contrast, has been relatively quiet about digital currencies in recent months. In April, deputy governor Timothy Lane spoke at an International Monetary Fund event on the topic. In July, the bank told The Logic it would monitor Libra for potential risks to the financial system, but did not specify any particular concerns.