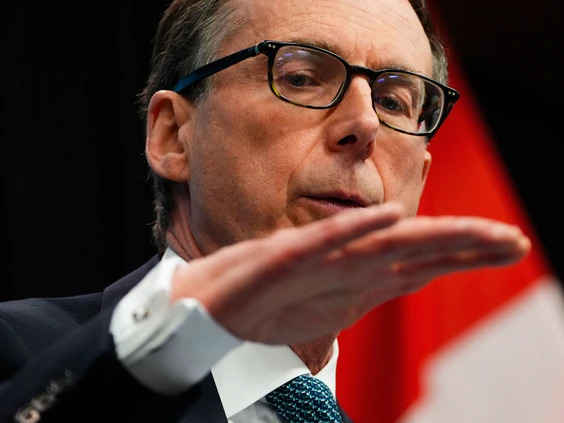 Kevin Carmichael: Results suggest that the central bank has entered a difficult phase

The number of Canadian companies that think it will take the Bank of Canada at least a couple of years to get inflation back to two per cent increased in the first quarter, evidence that current price pressures are testing the central bank’s ability to manage expectations.

The central bank polls a representative group of companies every quarter to give it a sense of the mood inside the country’s C-suites. It was no surprise the latest Business Outlook Survey turned up anxiety over prices, which have risen to the highest in more than three decades, according to Statistic Canada’s consumer price index.

Policy-makers opted to put a positive spin on the results. “Less than one-fifth of businesses expect inflation to stay well above the bank’s (two-per-cent) target,” the report said. “That is, most firms anticipate inflation will be high in the short to medium term but then decline.”

A Canadian central banker’s greatest fear is that the public loses its faith in their ability to bring inflation under control. That faith is being tested, as more than two-thirds of survey respondents said they expect inflation will be above three per cent — the high end of the Bank of Canada’s comfort zone — for the next two years. Those findings support the central bank’s pivot to a more aggressive path to higher interest rates, starting with a half-point lift next week.

“Reading between the lines, it seems like inflation expectations are gradually becoming unmoored,” Royce Mendes, an economist at Desjardins Securities, said in a note to clients. “It’s clear that the Bank of Canada needs to take drastic measures to show Canadians that the (two-per-cent) inflation target is still sacrosanct.”

Anticipation that governor Tiff Macklem will do what is necessary to keep prices under control might be the difference between acute and chronic inflation, as respondents indicated higher interest rates are one of the reasons they think inflation will eventually return to target.

The Bank of Canada’s level of alarm has dramatically shifted since January, when the governor opted against raising interest rates, even though conditions would have justified a move. Policy-makers eventually raised the benchmark rate by a quarter-point in early March, and Macklem promised to raise borrowing costs in a “deliberate and careful way” over the months ahead.

Deputy governor Sharon Kozicki raised the stakes on March 28 by telling an audience at a Federal Reserve Bank of San Francisco event that the “magnitude” of the increase would be up for discussion as she and her colleagues consider what to do on April 13, when the central bank updates its interest-rate setting.

It’s possible all that signalling is having the intended effect. At the start of the year, few Bay Street forecasters saw the benchmark rate getting back to its pre-pandemic level of 1.75 per cent until sometime in 2023. Now, most predict the overnight target will exceed that level before the year is out. That, combined with expectations that extreme supply constraints can only get better going forward, seems to be inspiring some confidence inflation will be calmed.

“Businesses generally see inflation’s return to target as the result of expected interest rate actions by the bank and improvements in supply chains as the impacts of the pandemic fade,” the report said.

Still, the result shows the Bank of Canada has entered a difficult phase. The survey was taken before Russia invaded Ukraine on Feb. 24, and a followup questionnaire suggests most businesses anticipate the war will increase inflationary pressures.

Businesses are confident about their prospects, with more than 60 per cent saying they intend to hire over the next 12 months to help keep up with demand. Yet an equal number say they are struggling to fill open positions, which could put upward pressure on wages, and, in turn, stoke inflation. Four-fifths of respondents said they would struggle to meet an unexpected increase in demand because of labour and supply shortages, the highest on record.

“This report is another indication that inflation expectations are elevated and increasing,” Charles St-Arnaud, a former Bank of Canada staffer who is now chief economist at Alberta Central, said in a note.

Macklem is powerless to influence commodity markets, and he can’t fix supply issues that the survey indicates worsened over the winter. All he can do is restrain demand, an exercise that risks a recession if he raises interest too high, too quickly.

But the Bank of Canada has little choice but to start down that path. If expectations of higher interest rates are the only thing preventing runaway inflation, the central bank pretty much has to give people what they expect, and hope that those businesses are ready for it.