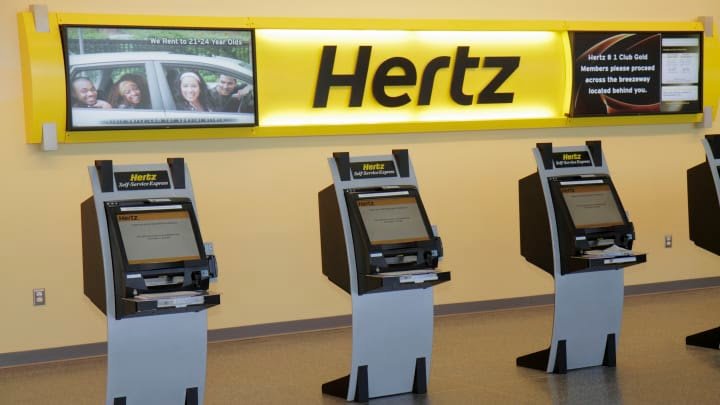 Hertz was granted approval Friday by the U.S. Bankruptcy Court for the District of Delaware to sell up to $1 billion in stock.

The potential sale is highly unusual for a company going through Chapter 11 bankruptcy proceedings since common shareholders, who are last in line when assets are allocated during court proceedings, may be left with worthless stock.

Hertz said it is a last ditch effort for the company to cash in on its volatile stock price as it fights with the New York Stock Exchange to not be delisted. Shares of the bankrupt car rental company were down about 7% during extended-hours trading after surging 37.4% Friday to close at $2.83. During the trading Friday, more than 240 million shares changed hands, and rapid trading continued after the market’s close.

The activity in Hertz stock adds to a volatile and speculative market that some believe doesn’t reflect the country’s current business climate and economy, which entered into a recession in February.

Hertz filed for bankruptcy May 22, hurt as demand for car rentals dried up as travelers have stayed home during the coronavirus pandemic. The stock hit a low of 40 cents intraday on May 26. But in the days ahead, shares began to recover.

Approval of the stock sale comes a day after Hertz submitted an emergency filing to the court Thursday asking permission to potentially sell 246.8 million unissued shares to Jefferies LLC.

“The recent market prices of and the trading volumes in Hertz’s common stock potentially present a unique opportunity for the debtors to raise capital on terms that are far superior to any debtor-in-possession financing,” the company said in the filing.

The DIP financing is a loan that the company would need to pay back. However, if it were to sell stock, the funds it raises would not need to be reimbursed.

The court, in its ruling, said the approval “in no event will result in the issuance” of the shares. The debtors are authorized, but not required, to sell shares of the common stock.

Larry McDonald, editor of the Bear Traps Report and a CNBC contributor, said Jeffries “better be careful.” Such a sale, he said, could result in significant social pushback.

“It smells,” he said, adding a sale would dilute the value of the company’s existing shares. “I don’t know how they can allow it but I guess it’s not against the law.”

McDonald also questioned whether the company would be able to sell $1 billion in stock.

Gamco Investors, which holds about 3.9 million Hertz shares, filed a limited rejection to the sale of the shares Friday. The company said it’s not necessarily opposed to such actions but wanted assurances that “the position of existing equity security holders is preserved under the plan and the position of all equity holders, existing and ‘new’ alike, is given adequate protection under the sale agreement – which is not currently the case.”

Hertz said any net proceeds it received would be used for general working capital purposes. The filing was on an “emergency basis given the volatile state of trading in Hertz’s stock.”

Adding to the volatility is the potential for the stock to be delisted. Hertz in a public filing with the Securities and Exchange Commission this week said that it has appealed a delisting request by the NYSE.

Melanie Cyganowski, a former bankruptcy judge for the Eastern District of New York who’s now with the Otterbourg law firm, told CNBC that if the company sells the shares future bankrupt companies may look at doing the same. But because of this occurring under such “unusual” circumstances, she doesn’t believe the case will set any significant precedent.

Facebook’s digital currency may flourish in the analog world