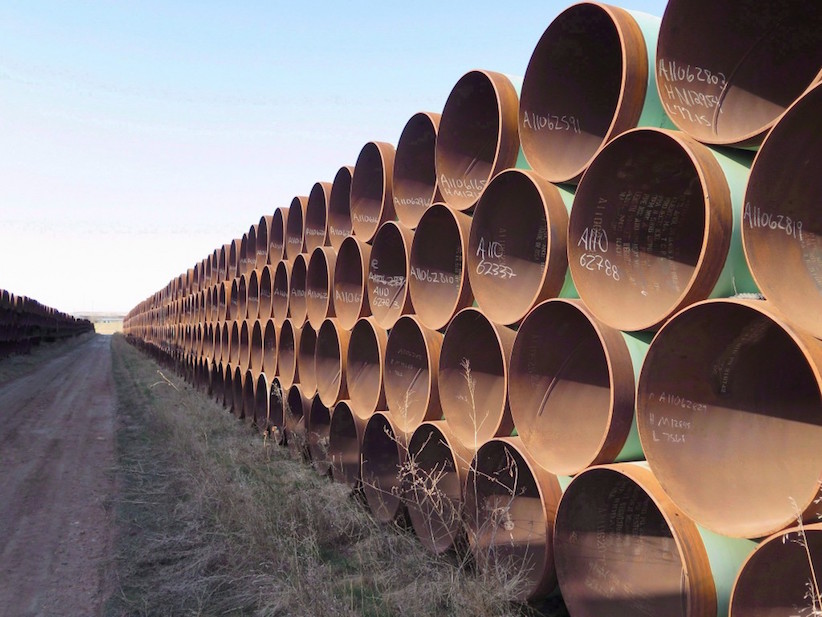 Joe Biden will cancel the Keystone XL pipeline if he’s elected president of the United States, his campaign said Monday in a potential death blow for the delay-plagued Canada-U.S. oil project.

His staff said he would withdraw the permit issued by President Donald Trump.

The emphatic statement from Biden’s campaign ends months of ambiguity, as Biden had not joined other Democratic candidates in pledging to revoke the permit.

The policy director for Biden’s campaign said Monday that cancelling Keystone XL was the right decision in 2015, when Biden, then vice-president, attended a White House event where then-president Barack Obama cancelled the permit.

“It’s still the right decision now. In fact, it’s even more important today,” said Stef Feldman in response to a query from CBC News after the U.S. site Politico reported on Biden’s decision.

“Biden strongly opposed the Keystone pipeline in the last administration, stood alongside President Obama and Secretary [of State John] Kerry to reject it in 2015, and will proudly stand in the Roosevelt Room [of the White House] again as president and stop it for good by rescinding the Keystone XL pipeline permit.”

A spokesperson for Canada’s deputy prime minister, Chrystia Freeland, responded by saying the Canadian government supports Keystone XL: “It is a good project that will create jobs for Canadians and it fits within our climate plan.”

Canada’s oil industry has long viewed that pipeline as a means of alleviating bottlenecks stifling the exports of Alberta’s land-locked bitumen, as Keystone XL would help transmit about one-fifth of all the oil Canada sends the U.S. each day.

But the project has been repeatedly stalled over the past decade by a series of challenges.

Now, with building just barely underway, there is no way the estimated two-year project can get completed until after the U.S. election in November.

What this announcement from Biden’s campaign signals is that the project could stall indefinitely if he wins the White House.

A longtime opponent of the pipeline celebrated Monday’s news. Nebraska activist Jane Kleeb said this could be the final blow for Keystone XL.

“When Biden wins, KXL is finished, dead in the water, stake-in-the-heart dead,” Kleeb, chair of the Nebraska Democratic Pary, said in an email Monday.

She called it a courageous decision that sided with people against big oil.

While Kleeb helped organize landowners who refused to allow the pipeline on their property, most landowners on the route had signed contracts allowing it through.

In addition, officials in U.S. counties along the route have said the construction and other pipeline-related revenues would bolster their tax base.

A Canadian commodities economist said it’ll take a while to gauge the fallout from Monday’s news.

But he said it could spell long-term trouble.

Rory Johnston, managing director at Price Street in Toronto, said he estimates that Canada’s oil patch will need two new pipelines over the next five to seven years to avoid the kind of bottlenecks that drive down the price of Canadian crude.

So much is still unclear, he said, with major questions looming overhead, like: When will this economic crisis subside? What will oil prices be when the economy rebounds? And, importantly, will other Canadian pipelines get built?

Keystone XL is one of three major pipeline projects designed to export Canadian oil. Johnston said it’s not just the threat of one of those projects failing that creates new risk for the industry.

He said what’s also worrisome for the industry is the political signal this sends internationally — especially on the heels of a major Norwegian investment fund blacklisting four Canadian oilsands producers.

“In terms of the bellwether of the political appetite for support for the oilsands south of the border, I think it’s obviously problematic,” Johnston said.

“That’s a bigger problem than any one pipeline.”

With trade wars the new normal, getting Canada’s exports to fresh markets matters more than ever