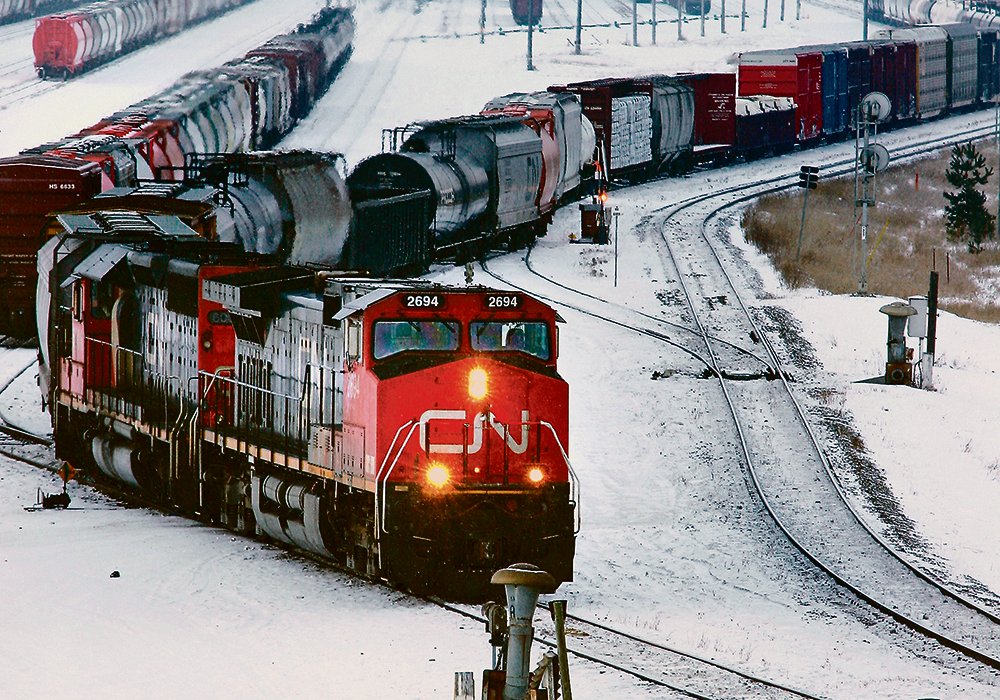 The fourth richest man in the world has quietly become by far the biggest shareholder in Canada’s largest railway.

Most of those shares were acquired through Cascade Investment LLC, an investment firm solely owned by Gates. Cascade owns 101,400,770 shares, or 14.28 percent, of the railway, according to CNN Business.

Combined, that is a 16.36 percent ownership stake in CN. The next largest shareholder is Massachusetts Financial Services Co., with a 4.79 percent share of the company.

Gates has been investing in CN since 2006, and his total investment in the railway is valued at $16.3 billion.

Barry Prentice, professor of supply chain management at the University of Manitoba and former director of the university’s Transport Institute, said railways are popular investments for rich folks like Gates.

“Just imagine owning a railway. Who could dream of that?” said Prentice.

He thinks railways are asset-heavy investments that are a good hedge against inflation.

“People like that who have a lot of wealth, they want to put it into something that’s going to hold value,” said Prentice.

Technology stocks have rapidly risen in value of late, but Prentice wonders if somebody like Gates, who is intimately familiar with that world, recognizes that tech stocks may not be as sustainable and reliable as something like a railway.

He referred to it as investing in things that hurt when you drop them on your foot.

“The railways are pretty essential and they’re pretty guaranteed. They’re going to run no matter what,” he said.

“This goes back to that notion of value investing. If you’re investing in assets, they’re likely going to hold their value one way or another.”

That same logic may have led Gates into investing in farmland.

According to The Land Report magazine, Gates has become the largest farmland owner in the United States.

He owns an estimated 242,000 acres of farmland. A little more than half of his landholdings are in Louisiana, Arkansas and Nebraska.

Gates has more than US$690 million tied up in farmland, according to The Land Report.

The vast majority of that land was accumulated in a 2017 deal when Cascade acquired a group of farmland assets from the Canada Pension Plan Investment Board (CPPIB) for US$520 million.

The CPPIB had previously acquired the assets when it bought the Agricultural Company of America in 2013 and a 40 percent stake in Glencore Agricultural Products in 2016, according to The Land Report.

Gates has become keenly interested in food production in recent years, in particular with the vegetable protein business.

He was one of the initial investors in Impossible Foods, Beyond Meat and Memphis Meats. Gates was also an early backer of Hampton Creek Foods, which became JUST Inc.

In a 2013 blog post, the man who revolutionized the computer software business said he had recently sampled a chicken taco made out of plants.

“It was a taste of the future of food,” he wrote.

Gates said he is not a vegetarian — in fact, he loves hamburgers — but raising meat takes a great deal of land and water and there isn’t enough meat production to feed the world.

In a 2015 blog, he noted that raising animals takes a “big toll” on the environment.

“You have to feed the animal far more calories than you extract when you eat it,” he said.

Sustainability could have also been a motivating factor for Gates to invest in CN, said Prentice.

The railway recently announced that it ranked 10th on the Corporate Knights 2021 Global 100 index of the most sustainable corporations in the world. It is the only railway on the list.

Prentice said rail is pretty sustainable compared to other forms of transportation due to the low rolling resistance of steel on steel.

When he was a youth he travelled to Western Canada and visited a cousin who was the manager of a grain elevator. His cousin asked Prentice to help move a rail car with nothing more than a pry bar.

“The two of us actually got a rail car to move. I couldn’t believe it. I mean, the rolling resistance is so small that you can actually do this,” he said.

Louis Vuitton owner LVMH woos Tiffany to tap fast-growing jewelry market with what source says could be a $14.5 billion deal

With no holds barred, traders bid up lumber to fresh record