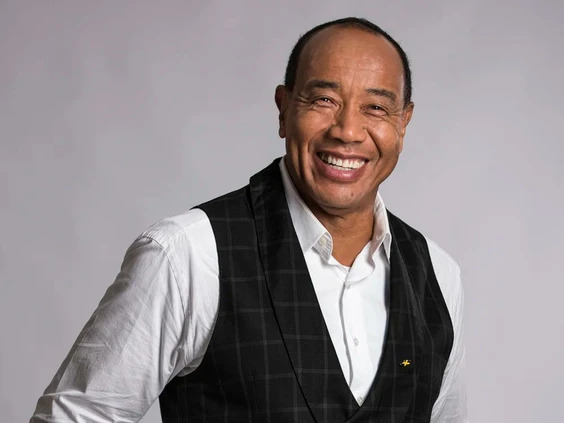 ‘If this all blows up, we had one heck of a good time’

In October 1998, the stock market was crashing, but the portfolio managers at Burlington, Ont.-based AIC Ltd. were on the road as planned, travelling across Canada to convince clients that the funds they offered remained good investments, even though some of them had lost half their value.

In the car, the managers clung to their briefcases, looking glum. It had been a remarkable run. They had ridden the wave of the booming wealth management industry so well that they had increased the value of assets under management to nearly $10 billion by 1998 from $12 million at the start of the decade. But, in a matter of weeks, everything had changed.

CEO Michael Lee-Chin turned to them and smiled. “If this all blows up, we had one heck of a good time,” he said.

It didn’t blow up. Lee-Chin and his fellow asset managers pushed through, and eventually sold the firm to Manulife Financial Corp. for an undisclosed amount in 2009. Three decades and many investments later, Lee-Chin is worth some $1.9 billion, according to Forbes.

He is known for his philanthropic contributions to the Royal Ontario Museum, the Joseph Brant Hospital, the University of Toronto, McMaster University and more.

Lee-Chin has come a long way from humble beginnings in Port Antonio, Jamaica. His mother sold Avon products and worked as a bookkeeper, while his stepfather ran a local grocery store. Lee-Chin bounced between jobs at a cruise line and aluminum bauxite plant, until he applied to universities in Canada. He set off for McMaster University in Hamilton, Ont., to study civil engineering with $2,000 in his pocket, enough for the first year, and no plans on how to pay for the rest of it.

He tried to save money for school by working as a bouncer but he still found himself coming up short. “So, I did what any university student would do,” he said. “I wrote the prime minister of Jamaica.”

Seriously. Lee-Chin said he wrote, “Mr. Prime Minister, you cannot reap what you do not sow.” Then-prime minister Hugh Shearer was impressed enough to grant Lee-Chin a $15,000 scholarship.

Lee-Chin got his degree, and then applied to 100 jobs in engineering, receiving 100 rejections. “That was a low point in my life,” he said, “because when you’re not working, and you’re trying to get a job, and you get rejected, it kills your self-esteem.”

He switched careers and became a mutual fund salesman. With no clients, he had no choice but to cold-call and knock on the doors of wealthy Canadians. “In 1977, Canada was not as cosmopolitan as it is today,” he said. Lee-Chin suspected buyers were wary of the tall, Black kid on their doorstep.

But eventually, some people took a chance on him. “I asked myself the question, ‘Mike… What is the highest value-add I can give to these people?’ The answer kept coming back to me, ‘Mike, make them wealthy,’” he said.

He studied some of the wealthiest people in the world, including Warren Buffett, and found that self-made millionaires and billionaires had a few things in common. They tended to own a few high-quality businesses in strong, long-term growth industries. Wealthy people, he noticed, hold these businesses for the long run, for as long as the business remains viable.

Lee-Chin joined the game. In 1983, he took out an investor loan of $500,000 to buy into the company whose funds he was selling: Mackenzie Investments. (When I suggest that some might consider this a “gamble,” Lee-Chin is quick to correct me: “It was not a gamble. This, Miss Marisa Coulton, is investing.”)

He had no interest in diversifying his assets, a bread-and-butter strategy that many portfolio managers follow. “There’s another saying for it: die-worse-ify,” he said. He believed then — and still does — that it is better to invest in a single business you understand, than many businesses you don’t.

The bigger mistake he sees investors making, however, is that they don’t understand the power of owning stocks. “Most people see stocks as a piece of paper to be traded, to buy and sell,” he said. “But, a stock is a percentage ownership in the business,” he said. “That’s a big difference.”

He advises investors to take a businesslike stance and immerse themselves in a business, buying into it not simply because the stock is going up or down, but because they have identified it as a great business. “You should ask yourself the question, ‘Do I really want to own a piece of that business, and why?’”

Regarding inflation, he said, “If all these micro, macro situations were pertinent to wealth creation, the wealthiest people in the world would be the economists.”

Lee-Chin’s approach worked. Over the course of four years, his investments appreciated sevenfold, climbing from $1 to $7 per share. His $500,000 turned into $3.5 million, giving rise to his lifelong mantra: buy, hold, and prosper. He used the profits to buy a small, Kitchener, Ont.-based investment firm called AIC Ltd.

Jonathan Wellum was one of AIC’s earliest employees. He met Lee-Chin in the weight room at McMaster University, where they were both alumni. Lee-Chin asked if Wellum was interested in coming aboard at AIC, which, in 1990, had around 100 clients, $12 million in assets, and just a few people on staff. Wellum agreed, and would go on to work with Lee-Chin for 19 years.

“(AIC) was very, very small, but the seeds were there,” Wellum said. “Michael had the building blocks… he had an investment philosophy, he had an approach, he had a passion, and he was prepared to invest to grow the business.”

Wellum was conservative when it came to money and had a low tolerance for risk. He said he was stunned by Lee-Chin’s willingness to put his own money on the table. “We were on a shoestring,” Wellum said. “I always admired that about Michael. If he believed in something, he’d put the money behind it.”

Once, when AIC was struggling, Wellum was approached by Royal Bank of Canada for a job. “I was pretty close to jumping,” he said. “And I thought, ‘You know what? I can’t; I really like working with Michael.’”

In under a year, AIC’s business took off. “If I had made that change then… I wouldn’t have worked with one of the most dynamic businesspeople there is.”

Wellum said he witnessed Lee-Chin’s optimism falter only once, when he sold AIC to Manulife in 2009, amid the financial crisis. “He loved the business, we all did,” Wellum said. “But it was a tough time.”

As Wellum announced the sale to the staff of around 200, and encouraged them to congratulate Lee-Chin, Lee-Chin stood off to the side, a pained look on his face. “I don’t think he really wanted to sell AIC. But there was pressure to do it, just to keep a strong financial position,” Wellum said.

“It was the right decision,” he said, adding that the industry was changing and getting more difficult for niche players such as AIC, “but I think that was very tough on him. That was his baby.”

As Lee-Chin’s wealth increased, so too did his desire to give back, said Wellum. “He does have a wonderful heart. He loves to help people,” said Wellum. “When I worked with him, people would say, ‘Michael is a hard-nosed businessman,’ just because he was successful,” he said. “I would say, ‘You don’t really know Michael.’

The motto of Lee-Chin’s current company, Portland Holdings Inc., which manages US$20 billion in assets, is “do well and do good.” Lee-Chin donated $10 million to the University of Toronto, establishing the Michael Lee-Chin and Family Institute for Corporate Citizenship, which helps business leaders use their companies to encourage social change.

“He’s a powerful presence, a fascinating and engaging guy,” said Rod Lohin, executive director of the institute. Lee-Chin, he said, was thinking about philanthropy long before it became a norm in the world of big business. “He certainly stands out as an exemplar of someone who is willing to put his money where his mouth is,” said Lohin. “It just seems to be a fundamental part of who he is.”

“I said to Michael, ‘Why do we want to own a bank in Jamaica?’ I didn’t know the market,” Wellum said. “He was like, ‘Jonathan, there are opportunities there.’”

Lee-Chin used the bank as a tool to promote growth in the country, arranging for all profits from the bank to be kept on the island. The company is now the most profitable business in the country with cumulative profits of US$2.2 billion from 2004 to September 2021. Lee-Chin likes to invest in unlikely places that are perceived to be bad investments. Jamaica’s lack of capital and ingrained inefficiencies make it the perfect place to invest, he said.

The government of Jamaica took notice. If Lee-Chin could grow a business, couldn’t he do the same with a country? Current Prime Minister Andrew Holness appointed Lee-Chin to serve as chair of Jamaica’s Economic Growth Council. Over the course of more than 100 day-long meetings, Lee-Chin flew to the island to brainstorm with stakeholders from all walks of life — farmers, civil servants, construction workers — about how to expedite Jamaica’s development.

The council produced what Lee-Chin calls a “magna carta” for Jamaica’s development, the goal being five per cent growth in four years. It was not achieved. Myriad factors, the COVID-19 pandemic included, slowed Jamaica’s growth. “It’s unfinished,” said Maureen Denton, executive director of the council between 2016 and 2017. “Because both of us are so passionately committed to Jamaica, it hurts.”

It’s the one business venture Lee-Chin hasn’t been able to see to fruition.

Lee-Chin remains committed to philanthropy and business, but now, at 71 years of age, his focus has shifted to his family, his health, and well-being.

His days start at 5 a.m. He tries not to check his phone, but gives the screen a cursory glance to see if there are any emergencies at Portland Holdings. Lee-Chin exercises for precisely 60 to 75 minutes and then eats an enormous breakfast, lunch, and dinner to help power him through what is bound to be a long day. When I asked whether this was the key to business success, he laughed and said, “No, it’s just the secret to being nutritionally well-fed.”

As he and other members of the baby boom cohort approach retirement, Lee-Chin expects there will be a spike in interest in health. So that’s where he’s putting his money now. He invested in ITM Isotope Technologies Munich SE, a biotechnology group of precision oncology companies working on perfecting techniques such as peptide receptor radionuclide therapy, a cancer treatment where patients are injected with a cell-targeting protein, combined with radioactive material — a radiopeptide. The radiopeptide binds to neuroendocrine cancer cells and zaps the tumour with radiation. “It’s like magnets and iron shavings,” said Lee-Chin.

When the technique cured his friend of colon cancer, Lee-Chin was sold. He asked for equity in the company, and it offered him a role on the advisory board instead. “I will accept only if you find me some shares!” he said, sticking to his long-held beliefs about the merits of stock ownership. Lee-Chin acquired a minority stake in the company.