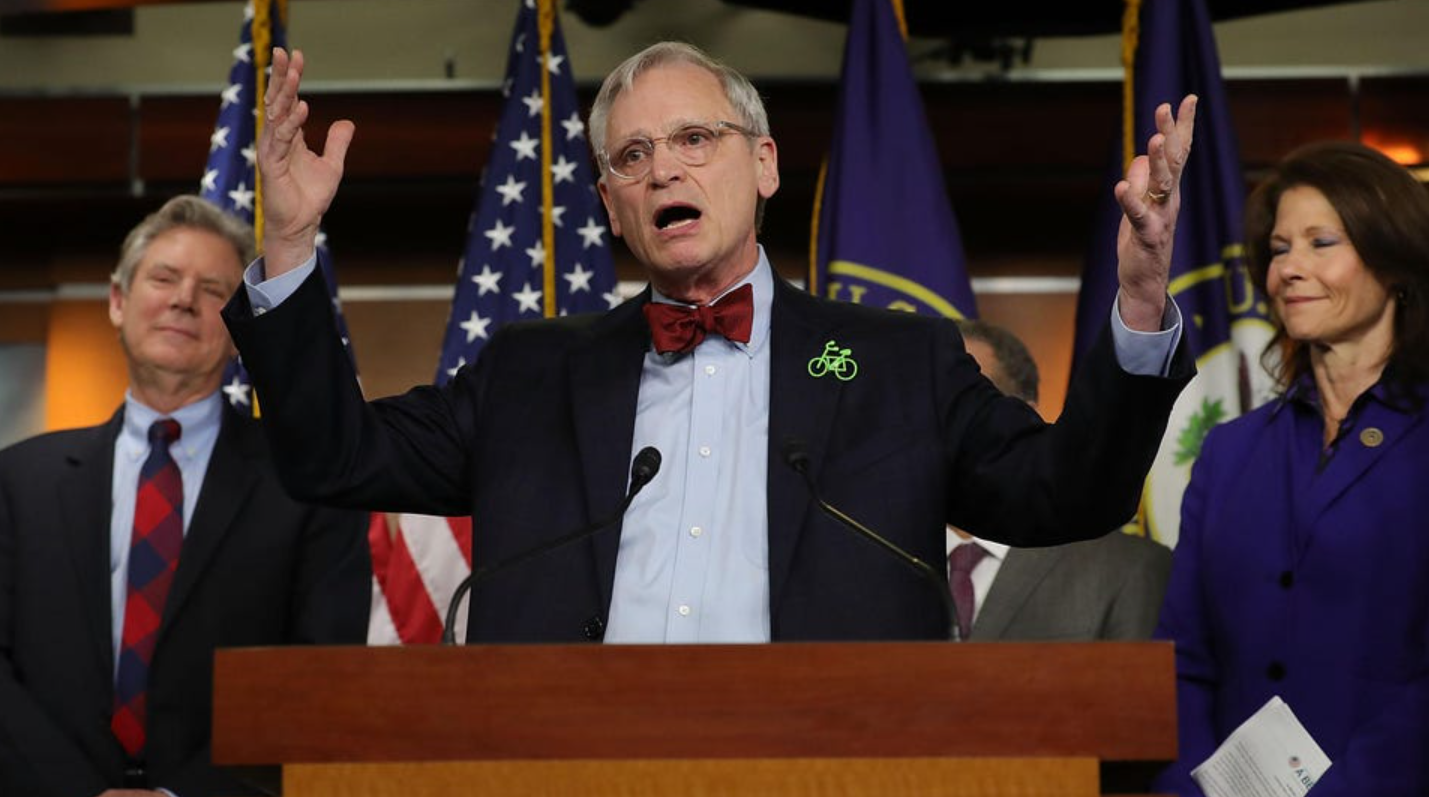 Rep. Earl Blumenauer (D-Ore.) on Tuesday unveiled a proposal to create a new excise tax on commercial space flights as billionaire entrepreneurs are competing with one another in their efforts to send customers into the stars.

Blumenauer, a senior Democrat on the tax-focused House Ways and Means Committee, is proposing the Securing Protections Against Carbon Emissions (SPACE) Tax Act, which is aimed at space flights “for purposes other than scientific research.”

Blumenauer is “looking at a 10 percent per passenger excise tax” similar to excise taxes on airline tickets, his spokesperson Danielle Cohen told Forbes.

He is also considering a two-tiered per-launch tax, with one rate for flights that go between 50 and 80 miles above the Earth’s surface and a “significantly higher” rate for those that go beyond 80 miles, Cohen said.

Blumenauer said in a statement that he’s “not opposed to this type of space innovation,” but that things done “purely for tourism or entertainment” without a scientific purpose “should in turn benefit the public good.”

His office also cited the environmental impact of the space flights as a motivation for the tax, but said flights by the National Aeronautics and Space Administration (NASA) aimed at scientific research are exempt from the proposal.

“Space exploration isn’t a tax-free holiday for the wealthy. Just as normal Americans pay taxes when they buy airline tickets, billionaires who fly into space to produce nothing of scientific value should do the same, and then some,” Blumenauer said.

Amazon founder Jeff Bezos, who launched his first crewed spaceflight on Tuesday, attempted to parry concerns from progressives about the environmental impact of the flights in an MSNBC appearance on Tuesday, claiming his flight “reinforces my commitment to climate change, to the environment.”

Government help during Covid-19: a summary

Maureen Jensen joins OBSI Board to become next Chair