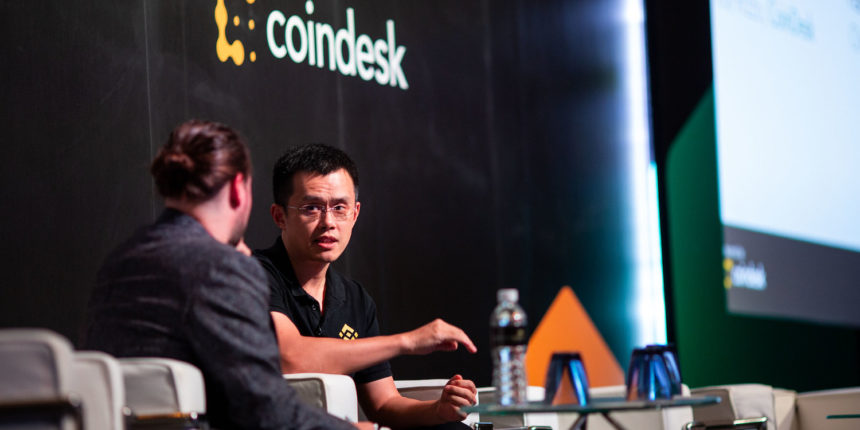 Binance, the world’s biggest and fastest-growing cryptocurrency exchange, is embarking on a new European-focused strategy which will involve opening an office in London, according to CEO Changpeng Zhao.

The Malta-based company has been focused on Asia, but now plans are afoot to provide a deeper service within Europe, said Zhao, known throughout the crypto world as CZ.

In an interview that touched on everything from Facebook’s Libra project to Binance’s insurance strategy, the charismatic executive said the idea of a London office was given a further shot in the arm by “very positive” crypto regulations recently issued by the U.K.’s Financial Conduct Authority.

“I hope we can open an office in London very soon. There is more regulatory certainty now which is good. I thought the U.K. regulation was very neutral and very positive; they were a little bit strict on the derivatives part which I hope they will be more flexible about.”

Binance is the latest blockchain company to make a commitment to the U.K. capital in the face of Britain’s imminent departure from the European Union, which some say will do long-lasting damage to the country’s economy.

During last week’s Binance meet-up in London, held at Canary Wharf’s Level 39 fintech accelerator, CZ said of Brexit: “I don’t think it will affect things here very much. The U.K. has a very old and very strong economy. And if anything, [Brexit] is likely to make people adopt crypto more, which is good for us.”

Indeed, by making foreign exchange harder, Brexit could theoretically enhance the appeal of borderless, frictionless value-transfer systems – and if the pound takes a beating, it conceivably could make some investors consider bitcoin as a store of value.

Ranked No. 1 in global 24-hour trade volume by CoinMarketCap, Binance has not by any means been slouching in Europe. The firm’s European headquarters in Malta has helped gather together a cluster of blockchain companies on the crypto-friendly island.

Meanwhile, Binance’s operation on the Isle of Jersey serves U.K. customers, allowing them to buy crypto with pounds and euros. However, CZ pointed out that “it still feels like the off-shore thing.”

Regarding the benefits of opening up in London, he added: “I think there’s psychological stability factor; a psychological closeness factor in people’s heads. It still matters a little bit.”

Asked if a London office might be on the cards by year-end, CZ said: “I can’t promise anything.”

Bear in mind CZ can be vague about the timing of events which are already well underway, such as Binance’s first U.S. exchange operation, soon to be launched in conjunction with San Francisco-based BAM Trading, and headed up by former Ripple executive Catherine Coley.

“I don’t make a lot of centralized planning,” he said. “A lot of stuff I find out afterward. Binance’s development is not like I plan everything, and we have a lot of different stuff going on at the same time.”

The forthcoming Binance.US will offer fiat-to-crypto trading and so brings the company within the uneasy ambit of the highly regulated U.S. financial sector, since getting dollars to an exchange requires some sort of bank account.

Most banks are skittish about dealing with crypto companies, particularly in the U.S and Europe, leaving professional custodians of crypto to get banking where they can find it.

CZ pointed out that any exchange is a high-volume business which involves thousands of daily deposits and withdrawals. “Most banks don’t like that, actually,” he said, “although you might have thought they would be happy on the fees, right?”

There’s a very short list of U.S. banks that are happy to work with crypto companies. They include San Francisco-based Silvergate Bank and New York’s Signature Bank.

Binance.US has not announced any banking partners, but asked if the new operation was likely to deviate from the usual suspects mentioned above, CZ said: “Not really, we are using the same guys. On the fiat side, we don’t try to invent. We try to pick whatever is working.”

Binance has reportedly been in talks to get involved in Facebook’s Libra project, by listing the coin when it’s live or running a node on the blockchain. Speaking to CoinDesk, CZ said Binance has not officially joined and explained his interest first and foremost is listing coins with lots of users.

Assuming it actually launches, if Libra garners a large number of users, they will be able to trade it for other coins, and it then it could become “the de-facto denominator” said CZ, adding:

“As an exchange, we should stay neutral. So we don’t really comment on coins; we don’t like or dislike coins. We just provide liquidity. It’s most likely Libra will get a large number of users, no matter how much people hate it.”

In addition to merely listing Libra’s native currency, CZ hinted there could be more in the way of actual participation further down the road.

“We are not against working together with them in deeper ways to promote collaborations,” he said. “As far as I know there are no concrete plans or agreements to do anything just yet. But we are not against it.”

His view on the regulatory bluster the project has created was that it clearly shows how much power and threat Libra poses; again taking a practical view, he added:

Like almost all other crypto exchanges, Binance insures itself against losses and hacks. The now iconic term “SAFU” refers to the firm’s Secure Asset Fund for Users, an emergency insurance fund.

There are outlying cases of course, where firms like Coinbase and BitGo have announced big figure forays into the ultra-conservative insurance markets. But on this topic CZ said:

“I think insurance for cryptocurrency is a flawed concept. The guys who claim to be working with Lloyd’s [of London], they can lose those relationships very quickly. Everybody in this industry that I know of is basically self-insuring.”

Big exchanges such as Kraken and Huobi are generally candid about their insurance provisions. CZ explained that Binance’s insurance fund receives 10 percent of the company’s $100 million in quarterly revenues.

“If a hack happens we will use that insurance fund first,” said CZ. “To be honest, if that’s not enough, we will put our profits out. So it’s very simple.The trick is basically to not have a huge hack that you can’t cover. You can suffer a number of small hacks, but you want to avoid a big one.”

In May, Binance suffered a hack which netted 7,000 bitcoin, worth about $40 million at that time. The hackers were patient and methodical using a number of techniques to eventually drain Binance’s BTC hot wallet, containing around 2 percent of Binance’s total bitcoin holdings.

CZ said losing the contents of the hot wallet was costly but luckily could be covered. He pointed out that most exchanges store the vast majority of funds in multiple and separate cold wallets, adding:

“I could talk for seven days about security measures you can do. But hopefully your cold wallets never get hacked all at the same time.”