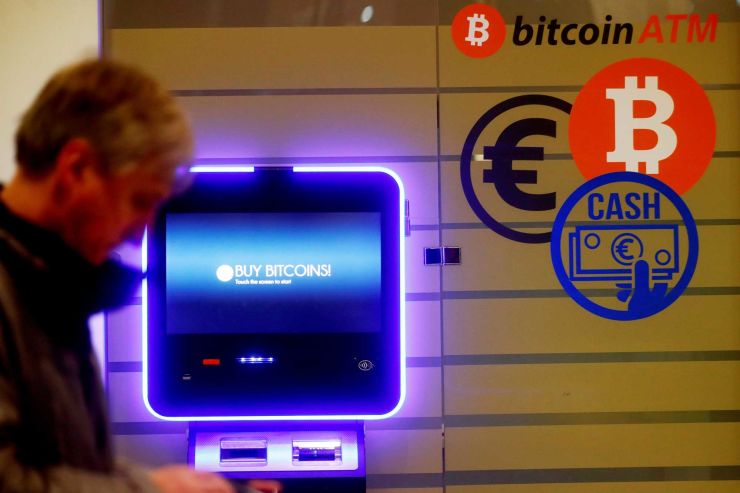 Bitcoin has jumped above $7,000, continuing a stunning comeback for the cryptocurrency in 2019.

The virtual currency climbed close to $7,600 on Sunday, according to industry website CoinDesk. It’s since pared gains, but is still holding above that $7,000 level.

It marks yet another move higher for the world’s most-valuable cryptocurrency, which is now up nearly 90% since the start of the year.ADVERTISING

That’s despite negative headlines surrounding bitcoin exchange Bitfinex, whose parent company has been hit with a probe in New York, and Binance, which was hacked in a heist that lost more than $40 million in bitcoin.

“Bitcoin has been building up momentum,” Mati Greenspan, senior market analyst at social trading firm eToro, told CNBC via telephone. “Ever since the mid-December lows, we’ve actually doubled in price. ”

According to Greenspan, the digital currency could soar because bitcoin is still only “in the early part of its cycle.” Bitcoin was once worth nearly $20,000 in late December 2017, before a massive slump last year.

“It has this way of jumping 100s of percentage points and retreating,” he said. “Right now we’re coming off that huge retracement and are only seeing a small rise.”

Click here to listen to audio clip “What is Bitcoin.”

“We are seeing large trade numbers at 4 million per hour which is 4x the normal (volume) with people buying on momentum,” he said in a note.

Bitcoin hasn’t been without its critics though. Notable people in finance including J.P. Morgan’s Jamie Dimon and Nobel-winning economist Joseph Stiglitz have bashed the digital asset, with the former calling bitcoin a “fraud ” and the latter saying cryptocurrencies should be “shut down. ”

Such detractors say bitcoin isn’t viable as a financial instrument because it’s highly volatile and has been known to be used for illicit activities like money laundering.

On the other hand, the cryptocurrency is hailed by advocates as a decentralized means of exchange that doesn’t require government oversight. That’s also been a source of uncertainty for the space though, as authorities around the world scramble to figure out how to regulate the industry.