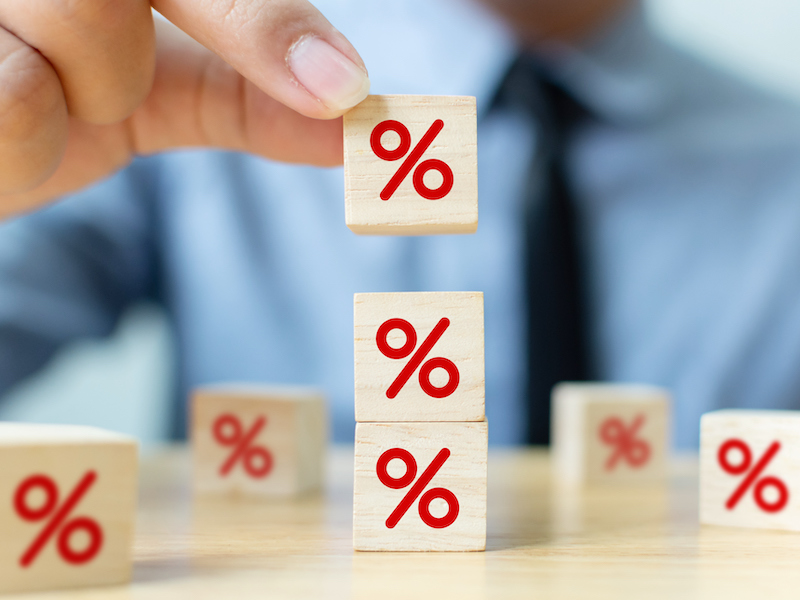 As many anticipated, the Bank of Canada raised its benchmark interest rate Wednesday by half a percentage point to 1%, the first hike of that size in 22 years.

The move comes during a significant inflationary period that is driving up the price of food, gas and even housing.

“Considering the surge in inflation and the strength of the Canadian economy, another jumbo rate hike may well be in the cards,” said Sherry Cooper, chief economist at Dominion Lending Centres.

The Bank of Canada now expects the annual inflation rate to average almost 6% in the first half of this year and remain well above its control range of 1% to 3% throughout 2022 before easing to about 2.5% in the second half of 2023.Want more immediate, memorable insights? Listen to this Soundbites episode, featuring Darren McKiernan of Mackenzie Investments.

The BoC also announced it would be ending reinvestment and begin quantitative tightening, effective April 25.

“More of the uncertainty is around, ‘How might they guide future rate movements?’ That would be something the markets would pay attention to,” Holt said.

BoC Governor Tiff Macklem said Canadians should expect interest rates to continue to rise toward more normal levels, but stressed the central bank has an inflation target, not an interest rate target.

“We will assessing how the economy is responding. We will be looking at the impact of higher interest rates on Canadians. We are very aware that Canadian households on average are relatively highly indebted.”

The Bank of Canada on Wednesday returned its estimate for the nominal neutral rate — the point at which its key interest rate neither stimulates or weighs on the economy — to its pre-pandemic level of a range between 2% and 3%.

Given that the market has already priced in a half percentage point increase today, Holt said he doesn’t anticipate any material impact on bonds, equities or the Canadian dollar.

“Bonds are looking relatively more attractive than they were say, one, three, [or even] six months ago,” Holt said. (The yield for Government of Canada marketable bonds over 10 years reached 2.69% on Monday, the highest in almost eight years.)

“Because [markets] have already priced in a fair portion of the expected future rate hikes, you have a bit more balance in the decision on whether to weight toward equities so heavily versus bonds. And that’s very different from, say, last summer or in 2020,” Holt said, adding that during those periods, “nobody was pricing [in] many expected rate hikes.”

“You’ve had such a bond market sell-off, I think you would be looking at bonds as offering a much more attractive entry point now than six months ago or even longer,” Holt added.

Briggs said he likes floating-rate corporate debt because it’s tied to the overnight rate and therefore has nearly no duration. He added that corporate bank loans have been one of the outperforming asset classes so far this year. Aside from corporate bank loans not having interest-rate sensitivity like corporate and government bonds, “they provide a pretty reasonable yield,” he noted.

Corporate bank loans “tend to be sub-investment grade, which, in an economic recession, anything that isn’t government [bonds] tends to lag in terms of performance. But, in the first stages of a tightening cycle, they actually provide very nice risk-adjusted returns,” he said.

A similar case can be made for high-yield corporate bonds, Briggs added.

“It has some interest-rate sensitivity, but not the same degree as investment-grade corporate debt — because it has a bigger credit spread, which reflects various portions of credit risk. It yields better.”

In its outlook for the economy, the Bank of Canada said it expects growth in the second quarter to pick up to an annual rate of 6.0%, an increase from 3.0% in the first quarter.

It said the effects of the Omicron Covid-19 variant weighed on the economy at the start of the year but were short lived.

The bank said the housing market was strong in the first quarter, but it expected sales to soften somewhat in the second quarter as mortgage rates rise.

The central bank’s next interest rate announcement is set for June 1, while its next monetary policy report, which will include its updated outlook for the economy and inflation, is scheduled to be released along with the bank’s July 13 interest rate decision.