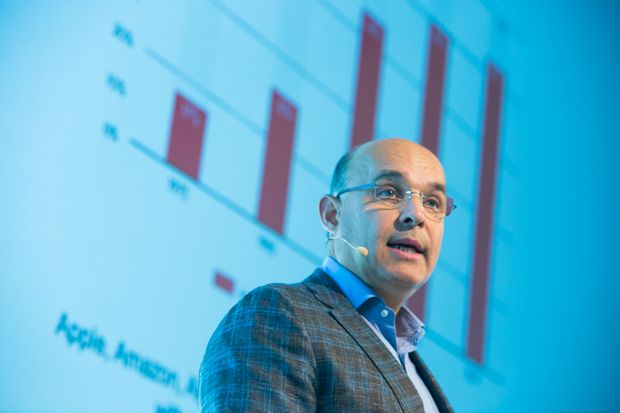 Business leaders and social policy analysts are warning that conditions imposed by the federal government’s multibillion-dollar package of income support measures will leave out many people and employers.

Canada’s community of tech startups is particularly disappointed with the terms announced this week for the federal government’s new Canada Emergency Wage Subsidy to help businesses hit hard by COVID-19, which would give employers funds to cover 75 per cent of wage costs up to $58,700 – or $847 a week.

Finance Minister Bill Morneau announced on Wednesday that employers will have to demonstrate a reduction in revenue of 30 per cent each month in comparison to the same month a year earlier.

Business groups say a company’s monthly income can fluctuate considerably, especially if it is relatively new.

Jim Balsillie, a former chairman and co-CEO of Research in Motion and the current chair of the Council of Canadian Innovators, said many small and medium-sized companies don’t generate monthly income statements.

Mr. Balsillie’s group advocates on behalf of Canadian technology firms and is urging federal officials to revise the rules when legislation to implement the program is tabled in Parliament, likely next week. Mr. Balsillie said many tech entrepreneurs are also concerned that errors in applications could trigger the program’s harsh compliance penalties.

“There’s enormous anxiety,” he said in an interview. His organization is calling for the penalties to be eased, a focus on faster processing, possibly by contracting some of the work out to Canadian tech companies, and changes to the 30-per-cent rule.

Other business owners and advocacy organizations have also criticized the 30-per-cent rule.

Goldy Hyder, president of the Business Council of Canada, which represents the country’s largest corporations, expressed frustration that the federal government chose to offer a complicated wage-subsidy program.

“We need to act with some urgency, and we need to keep it simple and not complicate it in a crisis,” he said.

Mr. Morneau responded generally to some of the concerns on Thursday before the House of Commons finance committee, saying the government aims for simplicity and speed.

“We are going as fast as humanly possible,” he said, after the three main opposition parties accused the government of creating delays and confusion. “It’s not as easy as just pressing a button. … I can assure you if we can do it faster, we will in fact get there.”

The government will need the support of opposition parties to pass the legislation quickly.

Bloc Québécois Leader Yves-François Blanchet said in a statement on Thursday that his party is calling for adjustments to the 30-per-cent rule and for Ottawa to cover some of businesses’ operational costs.

John Ruffolo, vice-chair of the Canadian Council of Innovators and former CEO of OMERS Ventures, said the finance department has miscalculated by having the Canada Revenue Agency manage the program.

“It is going to be doomed to fail,” he said. “They are going to try to build this on the fly. It’s likely there will be massive gridlock on people submitting applications, and they are not designed to understand the needs of different businesses.”

He urged Ottawa to run the wage subsidy program through the banks, which he said could get the money out within 48 hours.

The government has also introduced a program called the Canada Emergency Response Benefit (CERB) to provide up to $500 per week for 16 weeks to people who have lost all income due to COVID-19.

Critics have noted that the CERB leaves out individuals such as contractors who may have lost most, but not all, of their income.

Also on Thursday, the Canadian Centre for Policy Alternatives released a report that said one third of unemployed Canadians will not qualify for Employment Insurance or the CERB. Some of the reasons include the fact that they are among the long-term unemployed or haven’t met the threshold of earning $5,000 over the past year to qualify for the CERB.

In his daily news conference, Prime Minister Justin Trudeau responded to the report by saying the two income support programs will help millions of Canadians, but acknowledged the government has more to do.

“We know that there are many vulnerable people who won’t be able to access this support who will need extra help,” he said. “We’re making sure that we’re flowing funds through shelters, through non-profits and charitable organizations as well, but there will always be more to do.”