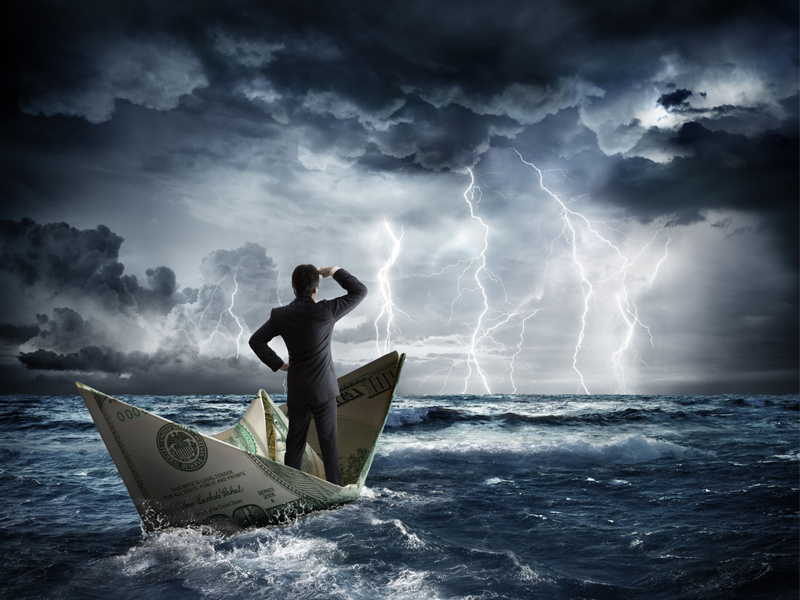 Reports break down how much further tanking markets have to go

After another week of markets losses, investors are wondering when the correction will end — and whether or not a recession will follow.

The S&P/TSX Composite also rebounded Friday but is still down by more than 3% in May and almost 5.3% for the year.

A report from Purpose Investments examined sentiment, valuations and recession risk to evaluate the buying opportunity.

“[V]aluations are attractive, sentiment is flashing ‘buy,’ and perhaps the price correction has nearly run its course,” the report said. “If you agree that recession risk is low, this is likely a buying opportunity.”

Market valuations have also come down this year after the pandemic run-up.

A Friday report from BMO Economics noted the forward price-to-earnings ratio on the S&P 500 has fallen “meaningfully” to around 16.6, down from just under 22 at the end of 2021.

The three-year average leading into the pandemic was 17, the report said, while also noting that 10-year U.S. Treasury yields were about 60 basis points lower in that period than they were last week.

The spread between the S&P 500 earnings yield and the 10-year Treasury yield hasn’t moved much despite the big stock declines this year, and is about 50 basis points higher than before Covid, BMO said.

“This suggests that the price decline has been largely driven by an adjustment to a higher interest rate environment, not necessarily making stocks ‘cheap,’” it said.

Purpose examined valuations in relation to the VIX index, commonly referred to as the “fear gauge.”

The ratio of S&P 500 forward price earnings to the VIX suggests “market panic has set in” and valuations relative to volatility are now supportive.

“Based on average forward six-month returns, it’s an opportunistic time to buy, but emotionally one of the hardest,” Purpose said.

However, the recession outlook complicates that opportunity.

The report added, tongue in cheek, that “the stock market has predicted nine of the last four recessions.”

A report Monday from Morgan Stanley Wealth Management pegged the chance of recession in the next 12 months at 27%, up from 5% in March.

“Consequently, the stock and bond market downturn has advanced to behaviour resembling a classic cyclical bear market rather than simply a correction,” it said.

Morgan Stanley recommended investors remain patient and let the bear market play out, with its high volatility and constrained returns.

The Purpose report said a recession is unlikely in the near term. The U.S. consumer is in “fabulous shape,” the report said, and the world’s largest economy remains strong. While economic data is likely to cool, it’s “way too early” to position portfolios for a recession.

It’s usually good to be early, the Purpose report said, “but if you’re over a year or two early, well, that is just wrong.”