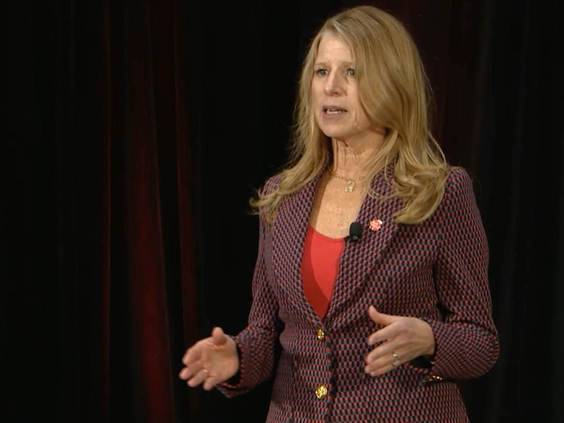 Calgary will break its own record for venture capital attraction in 2020, in spite of the economic challenges that have resulted from the COVID-19 pandemic.

“On a per-capita basis, it puts us in the upper echelon of venture capital markets in Canada,” Moran said during CED’s annual Economic Outlook event. “The tech investment community is starting to pay attention to what’s going on in Calgary.”

The fact that 2020 has already surpassed last year’s total — in the middle of a global pandemic and economic recession — speaks to the momentum that is beginning to build in the city’s tech sector, Moran said.

“I’m very hopeful for our tech industry. We’re in way better shape than we were three years ago,” she said in an interview. “I don’t think we’re at a tipping point yet, because the number of startup companies is still outpacing the capital. But the fact that we’re attracting this now, people will start to pay attention to that — and that will help us attract even more capital.”

Tech entrepreneurs in Calgary have long complained of the difficulty in attracting capital for startup ventures in this market, where investors have long gravitated toward oil and gas and away from newer and riskier ideas. However, that appears to be changing. In 2019, Alberta posted a total annual volume of $227 million in venture capital startup investment activity, spread across 39 deals — a 10-year high for the province.

While Calgary still lags far behind cities such as Toronto, Vancouver and Montreal in terms of tech sector investment attraction, a number of high-profile deals in 2020 have raised awareness of the sector. In August, robotics logistics firm Attabotics announced it had raised US$50 million in a funding round led by the giant Ontario Teachers’ Pension Plan Board, along with funds from existing investor Honeywell International.

Another Calgary company, software firm Symend, raised $73 million in May during a funding round led by Inovia Capital, and has also experienced significant hiring growth during the pandemic.

“We knew it would happen, because we knew capital would follow smart people and good ideas,” Moran said. “It will be really interesting to see how the year ends.”

Calgary’s tech sector — which saw a 27 per cent increase in employment last year alone — was held up as a bright spot Tuesday during what otherwise could have been a gloomy economic forecast.

According to Todd Hirsch, chief economist for ATB Financial, while Alberta has seen increased economic activity since the end of the spring lockdown due to the COVID-19 pandemic, Alberta’s economy is still expected to be about seven per cent smaller in 2020 than it was last year. And while the province’s real GDP is likely to grow by approximately 3.3 per cent in 2021, it will likely take until 2023 for the economy to catch up to where it was before the pandemic.

Hirsch said ATB expects tech, in addition to agriculture, to be a “primary growth sector” for the province in 2021 and beyond.

“Our energy sector is a backbone, but not a growth engine,” Hirsch said. “It’s going to take a considerable amount of growth in these other sectors to get to that 3.3 per cent growth (in 2021), but we do think that is what is going to happen.”

El Salvador Bitcoin city planned at base of Conchagua volcano