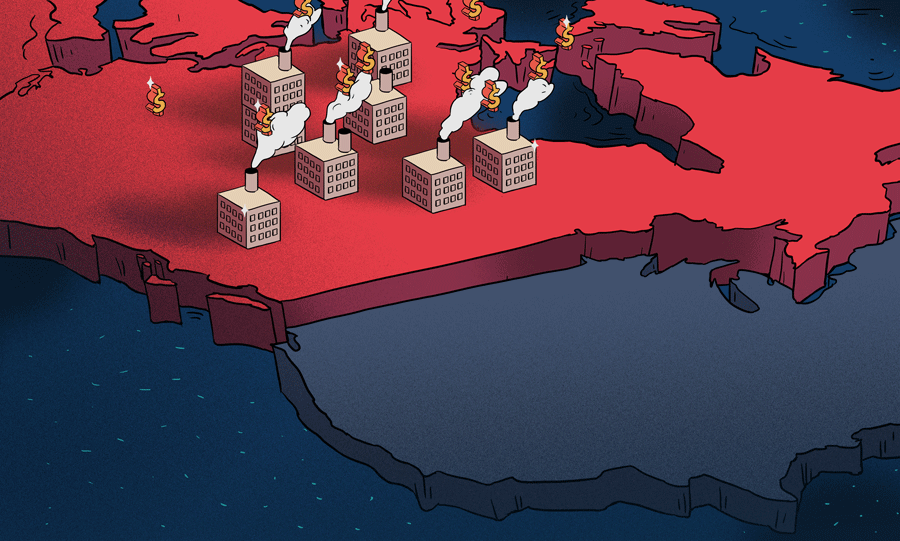 Note: The numbers we refer to below, with the exception of the chart, have been converted from Canadian to U.S. dollars.

Canadian venture capital funding is on a tear in 2019, and investments hit their highest point on record in the third quarter.

Overall, venture investors put a mammoth US$1.8 billion to work in Q3 of this year, according to the Canadian Venture Capital & Private Equity Association (CVCA), which published its latest quarterly results this week. It’s the highest quarterly total since they’ve been tracking and almost 80 percent above Q2 levels.

“We’ve never seen this before,” said CVCA CEO Kim Furlong, regarding both the quarterly totals and the spike in mega-sized rounds for a number of later-stage startups. She sees the rise as indicative of a broader shift in Canada’s startup sphere, as entrepreneurial companies become bolder in their ambitions and capital demands.

“There was always this sense that Canada was really great at starting companies but not at growing them,” she said. But success stories like Ottawa’s Shopify, the eCommerce technology provider with a public market capitalization of over $36 billion, have convinced more founders that it’s possible to build a company with global reach.

The rise in venture funding is due to round sizes getting bigger, but not more frequent.

In Q3, for instance, CVCA recorded 126 venture funding rounds — below Q2 levels and roughly average for recent quarters. The average round size, however, approximately doubled quarter-over-quarter. We look at patterns for the past five years, in Canadian dollars, below:

Canada is getting a fair share of supergiant funding rounds. In the past three months alone, at least seven companies have announced deals of $100 million or more. (See list.)

Bizarrely, the largest round of the year comes out of Newfoundland, a remote Easterly province with a population of just half a million. Verafin, a sixteen-year-old provider of software for tracking financial crimes, raised $385 million in a growth equity deal led by Information Venture Partners and Spectrum Equity.

Other companies that have raised big rounds recently include:

Tech dominates the venture funding sphere, with 66 percent of dollars so far this year going to what CVCA classifies as information and communications technology. Next is life sciences, with 19 percent of funding, followed by cleantech, with 6 percent.

Startups are generating some sizable exits too. So far this year, CVCA counts 32 completed exits bringing in $2.2 billion in disclosed returns.

The biggest debut was Montreal’s Lightspeed POS, a provider of point-of-sale and merchant services software that went public in March and was recently valued around $2 billion. Other big deals include Wave, an accounting software provider acquired by H&R Block for $400 million, and Milestone Pharmaceuticals, a drug developer that went public in May.

The Beginning Of Something Bigger?

While Canada’s funding totals may be hitting fresh highs, one doesn’t get the impression that things are overheating. To put things in perspective: Funding for the entire country so far this year is less than one-fourth of the total raised in just one U.S. city – San Francisco.

It helps that Canada has three major metro areas — Toronto, Montreal, and Vancouver — with significant-tech startup hubs. Plus Ottawa, where Shopify is based, has its share of tech talent too. And as Newfoundland’s Verafin mega-deal demonstrates, even out-of-the-way locales can launch significant companies.

Furlong, for her part, sees positive indicators for continued funding growth, including a rise in the size and number of domestic VCs, government programs to support entrepreneurship, and greater appetite among founders to build big, globally impactful companies.

“The only variable that everyone is thinking about is a correction in the economy,” she said.