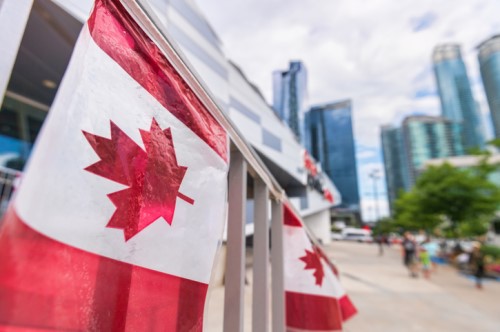 The future is not looking good for Canada and its economy as significant risks from trade and the housing sector loom.

In its latest outlook for Canada, the International Monetary Fund (IMF) flagged significant dangers brought about by the ongoing NAFTA negotiations and the US tax cuts. According to the international body, these things call Canada’s competitiveness into question.

IMF argued that the lower tax rates in the US could make Canada lose its competitive edge for investment, clouding its medium growth prospects.

“Given its centrality to the architecture of the tax system as a whole, this requires a holistic review, which Canada has not had for some time. The US tax reform increases the urgency of moving ahead with the review. Its impact remains highly uncertain, but the potential effects, through both real activity and profit shifting, could be substantial,” IMF said.

“It is time for a careful rethink of corporate taxation to improve efficiency and preserve Canada’s position in a rapidly changing international tax environment.”

With regards to the ongoing NAFTA talks, IMF stressed that the failure to reach a deal with other parties within a reasonable timeframe would likely have an impact on investment for an extended period.

“A NAFTA agreement that further improves trade opportunities and promotes competition should be reached within a reasonable timeframe,” the fund said.

On the housing front, IMF warned of a sharp correction in the market, triggered by a shift in price projections and a sudden increase in mortgage rates. Should a house price correction occur as unemployment inflates and private consumption shrinks, IMF believes financial stability could be threatened.

“If housing vulnerabilities continue to rise, new lending by banks should be subject to loan-to-income limits,” IMF said.

It added: “At the same time, co-ordinated monitoring between federal and provincial regulators are required to mitigate other potential and emerging risks to financial stability, including the increasing use of home-equity lines of credit, the rise of less regulated mortgage lending, and the rapid growth in exchange-traded funds.”