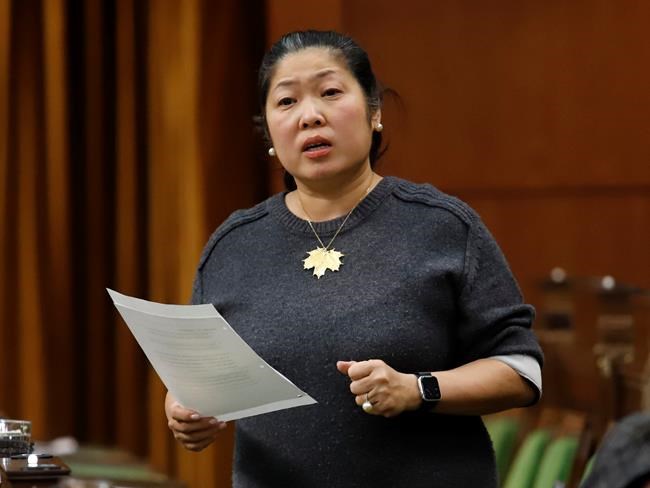 OTTAWA — Canada is putting together options to retaliate if Europe breaks its promise not to cut off Canada’s shipments of COVID-19 vaccines, though Europe appears to be keeping that promise at least for now.

Procurement Minister Anita Anand told the House of Commons Monday a new shipment of vaccine from Pfizer-BioNTech was on its way. It’s the first shipment from the companies in more than a week because of a planned production slowdown to expand a Pfizer plant in Puurs, Belgium.

Canada is only getting about one-fifth of previously planned shipments this week and next, but Anand said the companies are still promising to get four million doses shipped to Canada by the end of March, and all 40 million Canada has ordered by next fall.

Canada is expecting about 79,000 doses of COVID-19 vaccine from Pfizer this week, and another 180,000 doses from Moderna. Moderna’s shipment is about 50,000 doses shy of what had been expected because of production delays at its partner facility in Switzerland.

Moderna is also promising to ship 40 million doses by the fall, with two million by the end of March.

But with delays from those two companies as well as production problems delaying shipments of a third vaccine from AstraZeneca, Europe implemented an export control policy on all COVID-19 vaccines made in EU member states. The change means companies must get permission to export vaccines before shipments go out.

Canada is not among more than 120 countries exempt from the policy and Conservative MPs demanded the government explain what it has done to get the promises put into writing.

Quebec MP Alain Therrien said in the House of Commons Canada’s vaccine strategy is “a disaster.”

International Trade Minister Mary Ng told the committee there have been multiple promises made to Canada but that all have been oral, in phone calls, and there is nothing in writing.

She said, however, that such promises coming from European Commission President Ursula von der Leyen and the commission’s ministers for trade and health shouldn’t be undervalued. Ng said the government is knocking on every door to keep reminding Europe of Canada’s importance.

“There is no priority more urgent” she said.

Still Canada is getting ready in case those promises are broken.

“We’re certainly prepared that if this process does start to create problems, we will have steps we can take in light of that,” said Steve Verheul, the assistant deputy minister for trade policy and negotiations at Global Affairs Canada.

Verheul would not elaborate on what those steps would be but said legally Europe is on solid ground because the export controls are temporary, related to an essential product, and as a result of a shortage.

All Canada’s doses of COVID-19 vaccines from Pfizer-BioNTech and Moderna are currently made in and shipped from Europe. Those are currently the only two vaccines Health Canada has approved for use. Three others could be approved in the coming weeks, but Health Canada won’t say yet where those doses would be made.

The delivery slowdowns ground Canada’s early vaccination efforts close to a halt, with only 5,000 new vaccinations reported Sunday. In mid-January, the provinces and territories hit almost 50,000 vaccinations a day.

Around 960,000 Canadians have received at least one dose of vaccine, but all approved vaccines so far need two doses for full protection. Around 116,000 people have received two doses, mostly long-term care residents and health care workers.

This report by The Canadian Press was first published Feb. 1, 2021.