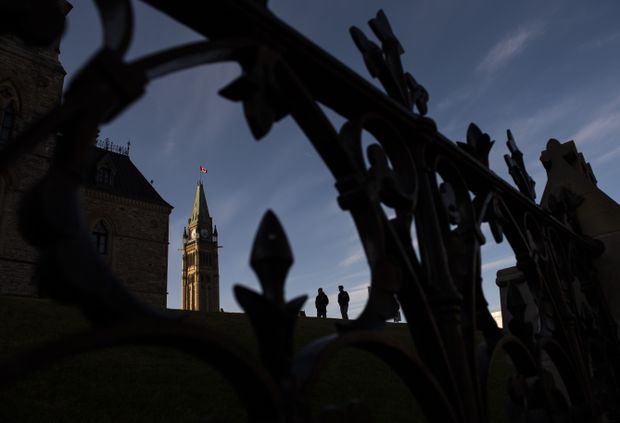 Ottawa is tightening its foreign investment rules, scrutinizing direct investments in Canadian companies related to public health or critical supply chains during the pandemic, as well as any investment by state-owned companies or by investors with close ties to foreign governments.

The goal is to “ensure that in-bound investment does not introduce new risks to Canada’s economy or national security, including the health and safety of Canadians,” a policy statement from Innovation, Science and Economic Development Canada said.

The new rules will focus primarily on “investments of any value, controlling or non-controlling” in businesses involved in public health or the supply of critical goods and services. The policy also removes any threshold for scrutinizing potential investments in any sector by state-owned or state-connected entities.

Prime Minister Justin Trudeau says the government recognizes that some businesses, which will be important to the country’s recovery from the pandemic, are especially susceptible to foreign purchases. He specifically pointed to startups facing a cash crunch, saying they could be “exposed to predatory foreign investors.”

“As we look at challenges around supply chains for essential medical supplies and personal protective equipment, as we strengthen our own domestic industry and production, we wouldn’t want a foreign investor to be able to take that production that is being made for Canadians in this moment of crisis and send it overseas,” Mr. Trudeau said during a news conference in Ottawa Sunday.

The government said the new policy will stay in place until the “economy recovers from the effects of the COVID-19 pandemic.”

The change comes after similar moves by countries such as Australia, Germany, Spain and France to limit or further scrutinize takeovers from foreign investors.

Mr. Trudeau would not say whether the government is aware of any foreign takeover deals that have occurred during the pandemic or which sectors Ottawa is concerned about.GLOBE BACKGROUND45 SEC READMy job has been affected by the coronavirus pandemic. What do I do now?

According to the policy statement, the broader lens Ottawa is applying to state-linked entities is because the pandemic amplifies the concern that they may be “motivated by non-commercial imperatives that could harm Canada’s economic or national-security interests.”

The Canadian Chamber of Commerce said it was not aware of any opportunistic buying so far. Still, the chamber’s senior director of international policy, Mark Agnew, said the pandemic has shown that the country needs to protect key sectors.

“Naive thinking will leave us ill prepared for future pandemics,” Mr. Agnew said in a statement.

He cautioned that the domestic economy still needs foreign capital and the move by Ottawa could have a “chilling effect.” The chamber also called on Ottawa to more widely publicize the changes, which were announced on a federal government website and flagged to some journalists.

The federal government should be clear about which sectors will be subject to the heightened scrutiny and what it will ultimately define as a critical good or service, Mr. Agnew said.

Paul Boothe, a retired professor and former associate deputy minister at Industry Canada, said the policy statement puts companies “on notice” that the government will be taking a closer look at some transactions.

The new policy was panned by Jim Balsillie, chairman of the Council of Canadian Innovators, who said it’s not adequately thought through and falls short on several measures.

“Whoever developed this policy needs to talk to innovation policy experts who understand how strategic technologies are developed, commercialized and move across borders.”

The pandemic has revealed the need for longer-term changes in Canada’s policies around foreign investment, Natalie Raffoul, an Ottawa patent lawyer with Brion Raffoul LLP, said. The disease and its impact on Canada’s supply chains has exposed the vulnerability in becoming too dependent on international sources for critical goods.

To prevent a repeat, she said more focus needs to be put on developing and protecting Canadian-made patents and other intellectual property so there is more domestic control over supply chains – not just for health and safety, but for the country’s overall prosperity and security.

“It’s great to see the government doing this, but I hope that it’s not just a COVID-19-specific measure and that they’re going to be now long-term looking at scrutinizing foreign direct investment,” Ms. Raffoul said. She stressed the distinction between foreign direct investment, which leads to foreign control, and foreign portfolio investment, which gives Canadian companies access to cash without forfeiting control.

Saturday’s statement occurred a day after Mr. Trudeau announced $1.2-billion in help for startups and small businesses. Given that companies, weakened by the pandemic-sparked economic crisis, are already desperate for cash, Ms. Raffoul said Ottawa is late implementing the new measures.

“We waited now a month,” she said, “so hopefully these programs can now move quickly to ensure that our innovative companies are going to be protected so we don’t lose the ground that we already have.”

The heightened scrutiny of foreign takeovers during the pandemic is also missing protections for patents, according to Jim Hinton, a Kitchener-Waterloo-based intellectual-property lawyer with Own Innovation. Cash-strapped companies can boost their coffers by selling their patents or save money by letting patents lapse, which risks Canada losing even more of its domestically made intellectual property and doing so at a discount, he said.

“The tide has gone out and we are now shown that we don’t have the innovation capacity that you need to weather both economic and health storms,” he said.

The office of Innovation, Science and Economic Development Minister Navdeep Bains said the government has the power, through the Investment Canada Act, to review the foreign acquisitions of assets such as patents.

What do businesses need in order to invest in green tech? Less risk: experts

Posthaste: Pain at the pumps? There’s more fuelling those high gas prices than the cost of crude