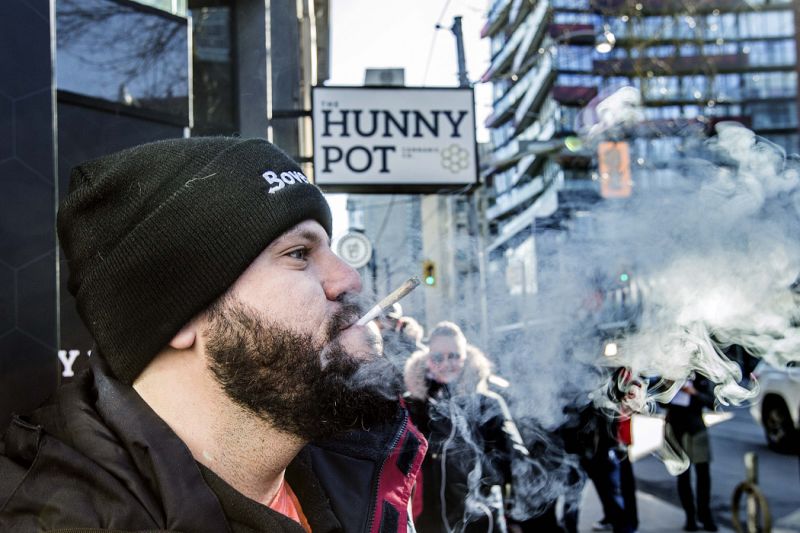 Canada was lauded as a trailblazer when it became the first G7 nation to legalize pot for both recreational and medical use. However, the market today mirrors the patchwork of U.S. states where the drug is legal in the worst possible ways, according to one analyst.

“A close look at the U.S. recreational and medical markets makes us think the Canadian cannabis market has adopted the worst of each recreational state, and little of the good,” Cantor Fitzgerald’s Pablo Zuanic wrote in a research note on Wednesday.

The state of Canada’s legal cannabis market has been in sharp focus as of late following layoffs Aurora (ACB.TO)(ACB), Tilray (TLRY), and most recently The Supreme Cannabis Company (FIRE.TO).

Producers have blamed a litany of regulatory headwinds for lacklustre performance, ranging from retail store shortages, to restrictions on branding and packaging, to the delayed roll-out of vape products in certain provinces amid health concerns. Those factors have been compounded by a persistently robust black market with far cheaper prices.

Such complaints are likely to resurface later this week as two of largest players, Aurora and Canopy Growth (WEED.TO)(CGC), report financial results for challenging quarters.

When it comes to the slow pace of pot shop openings, a persistent problem in Canada’s most populous province of Ontario, Zuanic draws comparisons to Michigan and Massachusetts.

Thriving illicit cannabis sources have been a major headwind for Canada’s fledgling legal market. Zuanic sees Canada akin to California when it comes to the balance of black market supply versus legal product. He estimates 60 per cent of pot purchases in the Golden State comes from illegal sources. According to Statistics Canada’s most recent projections, 61.8 per cent of spending in the fourth quarter of 2019 was made in the illegal market.

While the early days of recreational legalization in Canada were plagued by shortages, the situation has now swung to one of oversupply, with a number of producers rolling out discount brands to offload excess inventory.

Zuanic traces this downward pressure on prices to a high number of cultivator licences, a situation he also sees weighing on prices in Oregon.

“In Canada, most of the 194 licensed producers for medical marijuana were allowed to produce recreational cannabis, and the initial flood of capital (now a trickle) helped most to expand aggressively. The result is an oversupply situation,” he wrote.

Make your voices be heard at Budget 2018

Oh snap! The PCMA really does have their attention, so please, can it have yours?