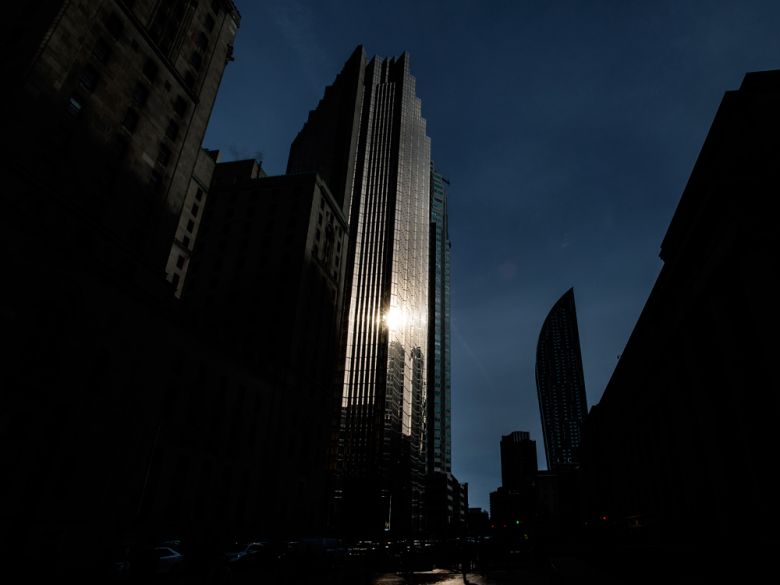 By Jeremy Kronick and Wendy Wu

In Canada the financial services sector weathered the 2007-08 global “credit crunch” better than it did in many other developed countries. One argument for why, certainly in contrast to the U.S., was the smaller size of our “non-bank financial intermediation” (NBFI) sector, more commonly referred to as “shadow banking.” But rapid growth in the shadow sector since the crisis suggests this resilience might be under threat. What does that mean for monetary policy, financial stability and regulation? As it turns out, a lot.

Broadly speaking, the shadow sector includes investment funds, private lenders like mortgage finance companies, companies that offer private-label securitization like asset-backed securities, and more. Shadow banks are different from real banks in that they don’t take deposits and make loans. They instead split their operations into different entities. An NBFI might operate a money market mutual fund, for instance, selling shares to investors and using the proceeds to buy money market securities issued by companies that in turn use the money to make various investments, including lending to Canadians.

A recent Bank of Canada report puts the value of this shadow sector in Canada at the end of 2017 at $1.5 trillion — about 10 per cent of total financial assets and 34 per cent of total assets of all deposit-taking institutions. The sector’s share of overall financial activity hasn’t actually grown. But in absolute terms its assets have doubled since 2005, growing 30 per cent between 2015 and 2017 alone. It’s now too big to ignore.

On the one hand, then, these financial institutions provide much needed competitive alternatives for both depositors and borrowers. But both because they aren’t as closely regulated as banks and because deposit insurance doesn’t cover their liabilities (which in the example were the mutual fund shares the NBFI issued) they might increase overall risk in the financial system. If an NBFI goes down, the damage to the system may well be greater than it was when the shadow institutions were smaller.

In some recent research we tried to determine whether the shadow sector might hinder the Bank of Canada in hitting its two per cent inflation target, and if so, why and how that might in turn affect financial stability.

When we think about how monetary policy affects the real economy, the story goes something like this: the Bank of Canada surprises markets with a hike in the overnight rate, causing an increase in the cost to banks of providing loans, which lowers the supply of credit available in the broader economy, which in turn slows spending, investment, and the economy at large. But this story is about traditional banks alone. How might the shadow sector change the story?

In fact, the growth in NBFIs makes a real difference to the effectiveness of monetary policy. Though hikes in the overnight rate do still slow down credit growth, some of that credit now shifts away from traditional banks and toward NBFIs. That is, as funding costs increase for banks, households and businesses move to the shadow sector instead.

The upshot is that both the traditional monetary policy tool of hiking the overnight rate and the more recent addition of tightening mortgage underwriting standards may have the unintended side effect of encouraging NBFI growth and reducing the effectiveness of monetary policy.

These results matter both for the Bank of Canada’s conduct of monetary policy and for regulating the overall system to ensure financial stability. In trying to judge the likely effects of a given interest rate hike, the Bank therefore needs to take the shadow sector into account.

For financial regulators, these results point to several options. They could require NBFIs deemed systemically important to hold a similar percentage of capital on their balance sheets as traditional banks have to. That might moderate the flight of credit to the shadow sector. Another option would be closer regulatory scrutiny. Canada does not have a single prudential regulator in charge of systemic risk. It does, however, have four co-ordinating bodies that involve key regulators, including the Bank of Canada, OSFI (the Office of the Superintendent of Financial Institutions), the Department of Finance, and provincial securities regulators. Shadow banking should be an important part of discussions among these co-ordinating bodies.

Though NBFIs do constitute a shadow sector they aren’t actually shadowy financial institutions. They operate in the open and provide much-needed choice and competition in Canada’s financial system. But the bigger they are, the bigger the harm they can do if they fail. It’s our fault, not theirs, if we don’t keep that in mind and act accordingly.