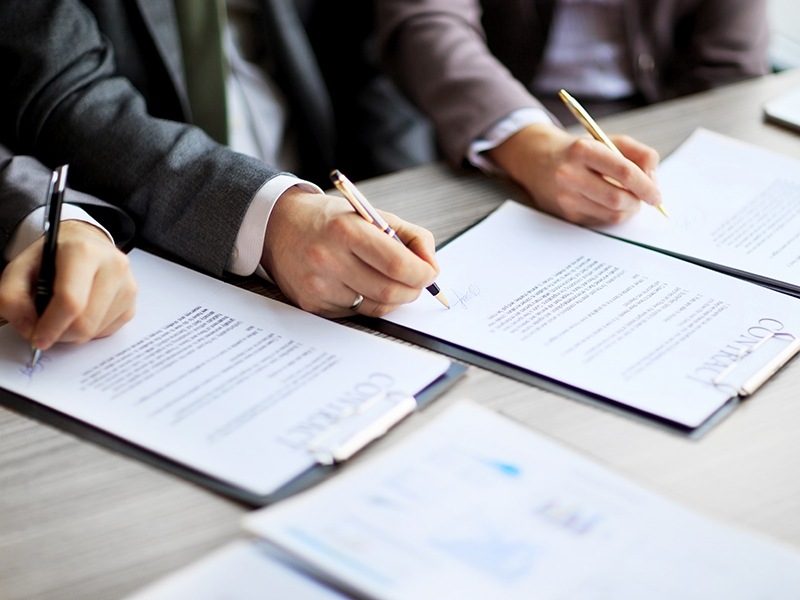 Business young people in the job interview, signed an employment contract with boss in the office

Aggregate deal value was up 20% year over year in 2018, and transactions volume rose by 8%, says a report from PwC Canada. Growth was boosted by abundant capital and a growing economy with low unemployment, it says.

Financial services saw a significant rise in deal volume, up 31% for the year, and the volume of deals in the tech sector grew 29%.

Unsurprisingly, perhaps, given cannabis legalization last year, healthcare was among the top sectors for deal volume, with an 87% increase for the year.

A notable trend was the increase in deals valued at more than US$1 billion. There were 45 such deals last year, up from 32 in 2017.

“Despite geopolitical headwinds, many Canadian dealmakers took a global view when pursuing opportunities in 2018,” says Dave Planques, national deals leader at PwC Canada, in a release. “Large investors still have a lot of money to deploy, and we expect dealmakers to maintain their enthusiasm heading into 2019.”

Deal activity will likely be supported by the continued abundance of accessible capital, says the report. Topping the list of deal candidates are data security firms and fintechs—especially those with proven business models that could attract the interest of more established counterparts like banks and insurance companies.

This year could also prove pivotal in showing cannabis investors a return on capital and in global expansion within that sector. “Canadian companies may look to leverage their industry expertise and experience to gain a first-mover advantage abroad,” the release says. “While not all cannabis companies will succeed, Canadian licensed producers are currently positioned as the industry’s global leaders.”

Deal frenzy has Bay Street staffing up, and some burning out