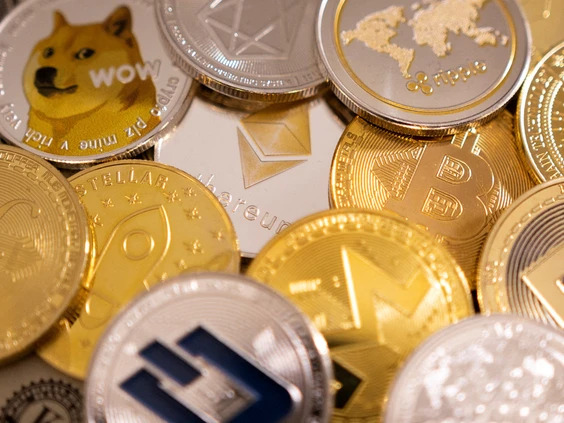 A representation of various cryptocurrencies. PHOTO BY REUTERS/DADO RUVIC/ILLUSTRATION/FILE PHOTO

The council comes at a time when Web3, a term to describe a new iteration of the world wide web based on blockchain technologies, is rapidly innovating

The heads of some of Canada’s biggest cryptocurrency companies are coming together to create a new industry group to push for a national strategy on crypto and digital assets.

The Canadian Web3 Council, which is being formally launched on Tuesday, includes representative from a range of organizations that have been active in the Web3 technologies space, including Wealthsimple, Dapper Labs, Ledn, Ether Capital, WonderFi Technologies Inc., Aquanow, Aciom Zen, Chainsafe Systems, ETHGlobal, Figment and Informal Systems (Cosmos).

The co-founders of the non-profit trade association, Jelena Djuric of Informal Systems and Connor Spelliscy, who co-founded the American industry group The Blockchain Association, hope the council can help further establish Canada’s footprint in the Web3 space by helping the industry collaborate with all levels of government.

“The Canadian Web3 community has led the charge on some of the most innovative and high-valued projects globally,” Djuric and Spelliscy said in a press release. “World-changing talent and creativity often starts in Canada, only to flourish elsewhere. We can’t afford to miss the opportunity to nurture these talents domestically, for the benefit of all Canadians.”

The council comes at a time when Web3, a term to describe a new iteration of the world wide web based on blockchain technologies, is rapidly innovating. It also comes amid growing conversations surrounding these technologies, which the council hopes to form a national consensus on how policies should approach this space in a more productive, less restrictive way.

For Ether Capital chief executive officer Brian Mosoff, the council is about creating a better conversation to bridge the gap between the crypto space and policy-makers.

“I want there to be better dialogue, more open conversation between whoever is thinking about the space, who doesn’t understand the lexicon, the terminology, the technology, who may be bogged down by flashy headlines or short-term news cycle stories — but then misses the wider picture of what’s happening and what the opportunity may be for the country,” Mosoff told the Financial Post.

Mosoff added that the council has been months in the making and is still a work in progress. It had been a challenge to bring together a range of diverse crypto industry voices who are often competing with one another, Mosoff said, but it was important to capture the full scope of the Canada Web3 space.

While the recent invocation of the Emergencies Act, which saw the Royal Canadian Mounted Police involve cryptocurrency companies as part of their investigation into anti-vaccine mandate protests, was not the impetus for the council, Mosoff said that the ordeal and finance committee hearing that followed brought crypto policy conversations to the forefront.

“It woke up people who hadn’t been participating in these dialogues with (the) industry to say, ‘What is our national strategy here? What is appropriate for this country?’”

Mosoff added that at the standing committee on finance, both Liberal and Conservative MPs were asking questions about cryptocurrencies and were open to exploring their potential for Canada. Mosoff believes the council can play an educational role for Ottawa and others curious about the space and approach policy more productively.

“I think this just aggregates a series of Canadian leaders across a vast array of Web3 innovation into one room and allows us to come up with a unified position that first and foremost would be a great educational resource for each provincial regulator,” Arbus said. “We hope to be added as to the overall mix of decision-making.”

Arbus added that the long-term mission would be to create a unified national strategy to reduce the regulatory burden on the individual provinces.

“So far, the response has been positive and two of our members recently spoke with a parliamentary committee and had the opportunity to address the need for proper regulation and guidance,” said the council’s executive director, Morva Rohani, in a statement to Financial Post.