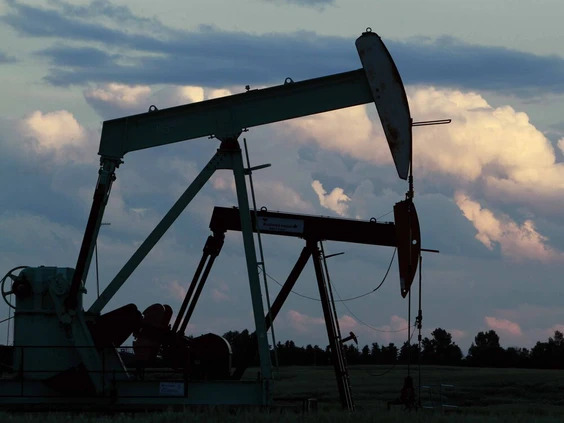 Demand for rigs is now higher than it’s been in years, and the summer drilling season is likely to start earlier than usual

For years, the country’s drillers, like those in the shale fields of West Texas, have been under great pressure from their investors to avoid the kind of expansion plans that have backfired on them countless times before. So when oil blew past US$70 a barrel last year, then US$80 and US$90 in rapid succession, executives in Calgary watched idly.

But as it soared above US$100 after Russia’s invasion of Ukraine, the potential windfall became too irresistible for some. Demand for rigs is now higher than it’s been in years, and the summer drilling season is likely to start earlier than usual, said Kevin Neveu, the chief executive officer of Precision Drilling Corp.

“This is certainly more activity than we were expecting even three weeks ago,” he said in an interview. The war in Ukraine “hardened the resolve” of producers to get moving.

The early signs of drilling interest in Canada contrast with the industry in the U.S., where President Joe Biden and oil executives are at odds over boosting production. While the number of new, active U.S. rigs jumped the most last week since Feb. 11, the increase — just eight — showed CEOs’ reluctance to take advantage of higher prices with fresh exploration.

In central Alberta, the CEO of closely held DeltaStream Energy Corp. says he’ll drill more wells this year to boost production 18 per cent. Whitecap Resources Inc. CEO Grant Fagerheim said his company will soon review planned spending for the second half of the year, which could boost the company’s 2023 production but not earlier.

These are, to be clear, smaller producers that focus largely on non-oilsands projects with quicker turnaround times than those run by large producers. And yet they represent a clear awakening in the C-suites of the world’s fourth-largest oil-producing country.

Spending on conventional oil and gas production in Canada is projected to climb to $28.9 billion (US$22.7 billion) in Canada this year, up 36 per cent from $21.3 billion in 2021, according to a March 7 report from ARC Energy Research Institute, the research arm of Canadian private-equity firm ARC Financial Corp.

In all, the Canadian oil industry could raise production by more than 200,000 barrels in a short period of time, Suncor Energy Inc. CEO Mark Little told the CERAWeek by S&P Global conference last week in Houston. For oil traders desperately scouring the globe for barrels to replace the loss of Russian supplies, the Canadian response, while moderate so far, is a boon.

“The industry is making record-high amounts of money,” Jackie Forrest, executive director of the ARC Energy Research Institute, said in an interview. The firm’s data shows Canadian oilpatch revenue could hit $225.4 billion this year — up 46 per cent from last year and up 56 per cent from 2014. the year of the last oil boom.

The geology of Canada’s vast oilsands — which cover a swath of remote land in northeastern Alberta and are the world’s third-largest oil reserves — doesn’t lend itself to much on-the-fly improvisation. Its crude must be either dug out of mines or forced from the earth by injecting steam into the ground to pressure the viscous bitumen to the surface.

Existing projects tend to run near full capacity, and new ones take years to build, so extra production can’t be turned on quickly. Plus, there are hard limits on the pipeline network, even with the opening last year of Enbridge Inc.’s expanded Line 3, which carries crude to refineries in the U.S. Midwest.

“It’s not so much about drilling. It’s about how much export capacity you have right now,” said Bart Melek, a commodity analyst at TD Securities. “It looks like U.S. attention is, ‘Let’s go ask Iran, let’s ask Venezuela.’ Canada hasn’t been mentioned.”

In Alberta, Biden’s decision to kill the Keystone XL project, which could have carried more than 800,000 barrels a day into the U.S., still stings. Keystone’s demise, along with the memory of two oil crashes in seven years, has turned Canadian oil executives cautious about spending.

What’s more, companies determined their capital budgets for the year months ago, and the focus for major players including Suncor and Cenovus Energy Inc. has been on paying down debt and returning leftover cash to shareholders after sustaining big losses in 2020.

Some simply don’t believe these oil prices will stay elevated long enough to warrant big investments in higher production. “This period is going to be very brief, very transitory, just like negative prices,” said Adam Waterous, managing partner of the Waterous Energy Fund, which controls one of Canada’s largest private-equity owned energy companies. “You should only make investment decisions based on the long-term prices.”

Some analysts say the Canadian industry is looking for clearer signals from U.S. investors and companies that growth will be rewarded over dividends and debt repayment before increasing their capital spending.

“It almost takes U.S. investors to make the first move and show that priorities are changing, because Canadian producers have been eyed so punitively in the past,” said Morgan Kwan, senior vice-president of strategy and analytics at Enverus in Calgary.