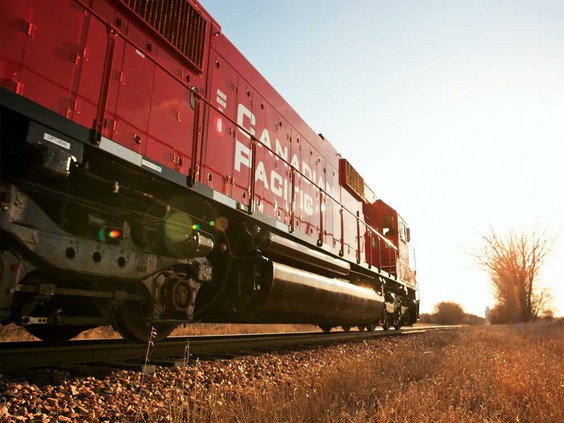 Canadian oil and gas companies have for years tried to expand their options to ship heavy oil from Alberta to the southern coast of the United States, but their efforts to reach the world’s largest concentration of heavy oil refineries have been challenged time and time again. Most recently, U.S. President Joe Biden cancelled permits for the Keystone XL pipeline.

CP Rail’s deal with KCS “looks promising, but we’ll have to see what they actually do,” said Tristan Goodman, president of the Explorers and Producers Association of Canada, which represents mid-sized oil and gas companies.

“They’re not terminating in a great area for us, quite frankly,” he said of CP Rail’s existing network, “so joining forces does have a benefit.”

Currently, only Canadian National Railway Co. offers a direct route for oil producers to ship crude from Alberta to the U.S. Gulf Coast, but the combined CP/KCS railway network could introduce some competition among the railways to move those barrels.

“In combination, the combined railroad can offer one-railroad connectivity between Alberta and U.S. Gulf Coast markets via these existing KCS connections,” said Paul Bingham, director in the transportation consulting business at IHS Markit.

The companies’ respective networks would not be identical, but “at the end of the day, market access is often about price,” he said, adding the additional rail connections would allow domestic energy companies “to sell products to a different and larger customer base.”

Currently, crude by rail accounts for about five per cent of revenue at CP and about two per cent at KCS. The two companies believe the deal will boost these revenues.

CP spokesperson Jeremy Berry in an emailed statement said the company plans to use a crude-by-rail facility in Alberta that pulls the blending agents out of heavy crude oil to create a “pipeline-competitive way of delivering Alberta energy products to market by rail.”

He added: “We can do this as the combination will provide for a more direct and efficient route to refineries on the Gulf Coast.”

“We believe CP and KCS’ networks are largely contiguous and these rails generally don’t compete head to head in specific markets, thus a merger shouldn’t result in fewer rail-service options for shippers in most corridors,” he noted, adding that he expected the deal would be approved by regulators.

“The combined rail network will give CP direct access to the U.S. Gulf Coast and beyond, allowing it seamlessly to transport Alberta energy directly to Gulf Coast refineries, improving the economics of crude by rail,” he said.

Grow your business using the CFRs