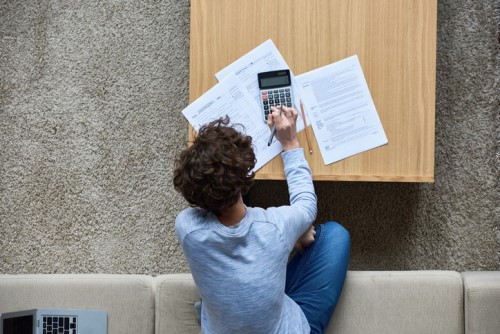 Forty-three per cent of the average Canadian family’s income went to taxes last year — more than the amount spent on housing, food, and clothing costs combined, according to a new study from the Fraser Institute.

“Many Canadians will be surprised to learn that taxes—and not life’s basic necessities, including housing—is the biggest household expense,” said Charles Lammam, director of fiscal studies at the Fraser Institute and co-author of the Canadian Consumer Tax Index, which tracks the total tax bill of the Canadian family from 1961 to 2017.

The institute found that the average Canadian family earned $85,883 and paid $37,058 in total taxes. That’s compared to a total of $30,597 spent on food, clothing, and housing (including rent and mortgage payments).

The balance between taxes and necessary costs has shifted over the decades. Last year, 43.1% of the average Canadian household’s income went to taxes, as opposed to 20.8% spent on housing; the total percentage spent on housing, food, and clothes all together amounted to 56.5%. In 1961, 33.5% was spent on taxes, and 56.5% for those three necessities of life.

The tax bill tracked by the institute covers visible and hidden taxes paid to local, provincial, and federal governments. That total includes but is not limited to income, payroll, sales, property, carbon, health, fuel, and alcohol taxes.

The institute said the dramatic increase in taxes is due to a number of trends that happened from 1961 to 2017. In particular, the report identified a massive 1,618% increase in household income and an expansion in the average family’s tax rate from 33.5% to 43.1%.

Coronavirus could be the global shock that economists have feared: Don Pittis