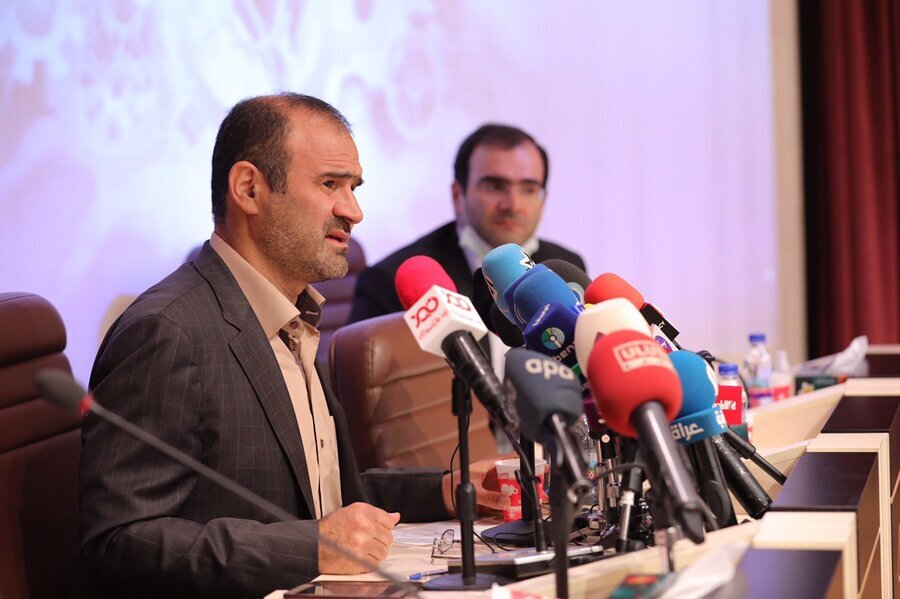 TEHRAN- The amount of liquidity absorbed by Iran’s capital market has reached 500 trillion rials (about $12 billion) during the first quarter of the current Iranian calendar year (March 20-June 20), the head of Iran’s Securities and Exchange Organization (SEO) announced.

Making the remarks during a press conference on Monday, Hasan Qalibaf-Asl also said, “It is while the total amount of liquidity entered into this market stood at 300 trillion rials (about $7.14 billion) during the past year.”

The official further noted that the high amount of liquidity that is entering the capital market has provided some good opportunity for this market, as it’s being developed and flourished, for the enterprises, as they’re securing their required funds, and also for the government.

Mentioning the prosperous status of the capital market in the present year, Qalibaf-Asl underlined that the current status of this market is not at all comparable with that of the past three years and even the previous year.

Qalibaf-Asl further said that the number of trading accounts opened in the stock market in the past year was 820,000, adding that 1.6 million accounts have been opened in the first three months of the current year.

It should be noted that in late February, SEO set new regulations for the opening of trading accounts for the new shareholders in the country’s stock market.

Based on an announcement by the SEO, the new applicants can conduct trade one month after opening their trading accounts and they are required to pass an exam given by Securities and Exchange Brokers Association (SEBA) or SEO during the one-month time, while they are also committed to avoiding signal selling and some other actions, and if they do so, their accounts will be blocked.

As decided by SEBA, the applicants are required to take the mentioned exam in person or virtually, and it is in line with elevating the knowledge of shareholders.

Main plans followed up by SEO

Elsewhere in his remarks, the head of Securities and Exchange Organization mentioned some of the major programs that the organization is following up seriously as follows:

– Increasing the capacity of financing

– Promoting the international status of the Iranian capital market

– Modification of laws and regulations

The head of SEO further mentioned three major responsibilities of this organization over the past ten years.

He referred to the implementation of the general policies of Article 44 of the Constitution as the first responsibility which has led to the development of the capital market.

The law on the implementation of the general policies of Article 44 of the Constitution on privatizing state-owned companies was declared in 2006 in a bid to downsize the government and promote the private sector’s role in the national economy.

The government envisioned a large privatization program aiming to privatize a number of the state-owned firms each year.

Releasing the “Justice Shares”, under which the low-income Iranian families will receive shares in the state-owned companies, is the second responsibility, according to Qalibaf-Asl.

Trading the mentioned shares through the stock market has become possible this year.

The official mentioned financing as the third responsibility of the SEO.

Answering a question about the status of the companies’ initial public offerings (IPOs), which according to the finance minister should be expedited, the head of SEO said that to expedite this process the companies should take rapid action and submit their documents soon.

It should be mentioned that in the current Iranian year, Iran’s stock market witnessed its largest-ever initial public offering, as Social Security Investment Company (SSIC, also known by its Persian acronym Shasta) offered eight billion shares, which account for 10 percent of its stakes, for sales in Tehran Stock Exchange on April 15.

Condition to be facilitated for entrance of startups

Qalibaf-Asl further referred to the issue of the startups and knowledge-based companies entering the stock market, and said, “We are creating the proper condition for them, and we are also planning to introduce an index for them in this market.”

As reported by Iran’s vice presidency for science and technology earlier this month, 35 local knowledge-based companies have been recently listed on the country’s stock market and the number is expected to increase in the future.

The report put the value of the shares of the mentioned companies at 1.5 quadrillion rials (over $35.7 billion).

In the current year, a new index called Knowledge-Based Index is going to be introduced in the stock market, for which initial measures have been already taken.

In the end, Qalibaf-Asl said the more the capital market complies with the international standards, the more it will develop.

He also said that as the number of shareholders is increasing in the current year, more attention should be paid to the promotion of people’s financial literacy and institutionalizing the culture of investment making in the capital market.

“To achieve more transparency in this market, we are setting some structures based on which the companies should submit more data and information”, the official further noted.

“In this year we are facilitating acceptance of new companies in the capital market, and we are trying to remove the red tape as much as possible”, he added.