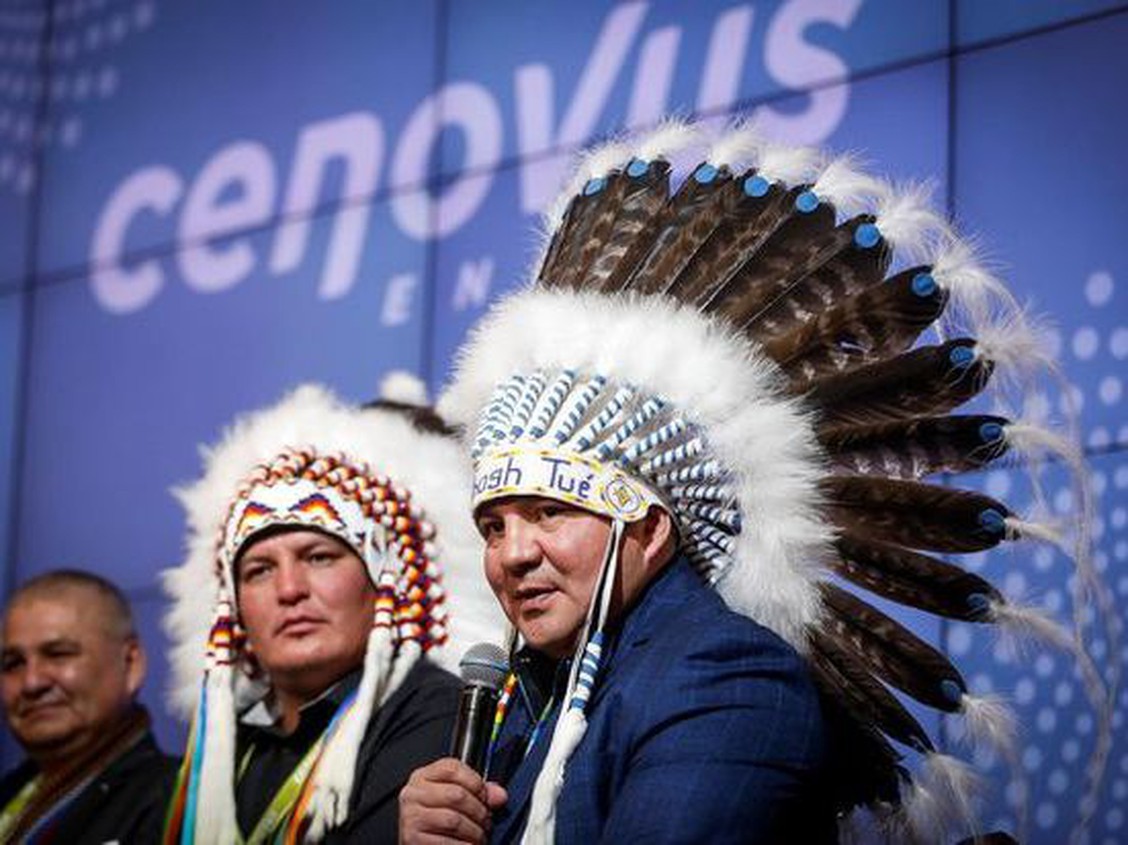 Cenovus will be buying renewable power from a solar project from Cold Lake First Nations.

The oil and gas company agreed to a 15-year power purchase agreement, or PPA, with the intent to buy the total output of CLFN’s new green energy project in order to offset its carbon footprint.

The power plant, created by CLFN in partnership with Elemental Energy, a Vancouver company specializing in renewable energy, is estimated to start producing energy in 2023, and will have an output of 150 megawatts.

The solar project will be built on CLFN Land.

PPAs are emerging as a popular way for large companies to offset emissions created via electricity used in its operations (called Scope 2 emissions).

Cenovus’ agreement with CLFN is expected to offset those emissions by approximately 170,000 tonnes, or about 40 per cent of its Scope 2 emissions in Alberta.

“Through this agreement we’re reinforcing our commitment to using multiple levers and innovative approaches to help us in our long-term ambition of achieving net zero emissions by 2050,” said Alex Pourbaix, cheif executive officer and president of Cenovus.

This isn’t the first project of its kind in Alberta. Online retailer Amazon agreed to purchase the output of a similar facility under construction outside of Lomond, Alta.

Other solar facilities in Alberta can be found outside of Brooks, Calgary and Edmonton.

“As stewards of the land, our Nation fully supports sustainable renewable energy development respecting environmental, economic, cultural and social contexts, while realizing long-term economic benefits through an ownership stake in the project,” he said, adding the project will create jobs for the CLFN community.

Cenovus will be releasing an in-depth environmental, social and governance report for 2020 later in the year, which will include its targets for biodiversity, water stewardship and Indigenous reconciliation.

Development permits for the project are yet to be established. Applications for construction and operation must go through the Alberta Utilities Commission for approval.

Elemental Energy currently operates two solar facilities in Alberta—one in Chappice Lake and another outside of Strathmore.

The company is also expanding the solar plant in Brooks to increase the plant output.