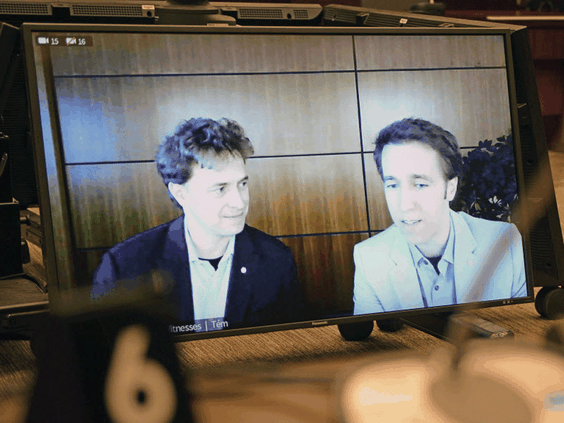 We don’t know a lot more of substance about the Kielburger Affair after the House of Commons finance committee’s Tuesday meeting, where MPs questioned Michelle Douglas, former chair of WE Charity’s board of directors, and then Marc and Craig Kielburger themselves, about how a massive summer jobs program landed in WE’s lap — or rather, even more weirdly, in the lap of WE’s real estate holding company. But we do have some more details, and the details are what makes this story kind of fun as well as gross.

In March, with the pandemic gathering steam and WE cashiering scores of staffers, Douglas said her board was frustrated in its efforts to gain any insight into the financial condition of the organization. She was also puzzled by Brother Marc’s two quick return trips to Kenya amidst the carnage. Her fruitless inquiries culminated in a meeting where Brother Marc simply hung up the phone, she testified, after which she was asked to resign.

Of his whirlwind trips to Africa, Brother Marc testified, “I was there for our people.” As for the proximate circumstances of Douglas’s ouster, well, let’s just say he experienced them differently.

Douglas said she was among many who were surprised to learn WE had paid speaking fees to certain guests at WE Day events, including three with the Trudeau surname. The Kielburgers were ready for that: It’s true that WE doesn’t pay speaking fees, they said. What Margaret Trudeau, for example, had in fact been paid for was hosting after-parties, attending receptions and holding autograph sessions on the same day as the speeches.

That’s the sort of argument that gets eight-year-olds sent to their rooms. (“You asked me if I did my homework. You didn’t say which day.”) But the Kielburgers, who do not appear to interact with very many normal people at all, deemed the distinction was worth making.

The Liberals, meanwhile, were very keen that we know WE was much in favour under Conservative governments as well, from grant money to MPs attending WE Days to Laureen Harper hosting a WE Day “after-reception” at 24 Sussex Drive. This is, indeed, important to know. The scrubbing of WE-friendly posts from some Conservative social media accounts was a telling moment in this fiasco. Disappeared posts include Peter MacKay’s 2018 tweet praising his wife Nazanin Afshin-Jam’s “empowering message for the next generation of leaders” at WE Day in Ottawa.

“The Kielburger brothers and @WeMovement are a remarkable Canadian force for good,” MacKay added.

But it doesn’t tell us what the Liberals think it tells us. It tells how thoroughly, and it must be said expertly, the Kielburgers had intertwined their WE empire into Canadian officialdom — from the Prime Minister’s Office down to the school boards — and without so much as registering as lobbyists. The student grant program popped the balloon, but there is plenty of blame to go around for its inflation.

Speaking of school boards, the most risible moment of the Kielburgers’ Tuesday testimony might have been when they disputed a Globe and Mail report that “WE Charity is offering teachers $12,000 if they are ‘available to actively recruit a minimum of 75 qualified students in June 2020’.” They called it “an inaccuracy reported in the press, shared unfortunately by certain individuals.”

The job posting, which can still be read thanks to Google’s cache, reads as follows: “To make the (Canada Student Services Grant) a success, we need engaged educators like you to recruit, lead and mentor a group of 75-100 eligible students in your community through this program. As a group leader, you will receive $12,000 in compensation.” Whatever head-of-a-pin dance the Kielburgi were performing, it was unpleasant to watch.

The National Post reported on Monday that this arrangement would unambiguously have violated many public school teachers’ codes of conduct — specifically against selling stuff to their students for personal gain. That’s a pretty good rule. I only realized years later that half the teachers at my school were promoting side businesses out of their classrooms. There were all manner of summer and March Break trips, and at least one summer camp, and a highly respected (later disgraced) science teacher was actually flogging Tomy Omnibots — basically mobile tape decks masquerading as household robots for the original Star Wars generation.

But that was a private school. Parents could leave. WE Day and the voluntourism opportunities it offered in the name of changing the world, along with plenty of corporate advertising, never had any earthly business being part of a public school student’s day. WE may survive this or it may not, but we at least seem to have reached consensus that it’s time to disentangle it from the Canadian state.

Canada could pump out 500,000 more barrels of oil a day and still reach climate targets: RBC

The Odds of Catching Covid on a Flight Are Slim