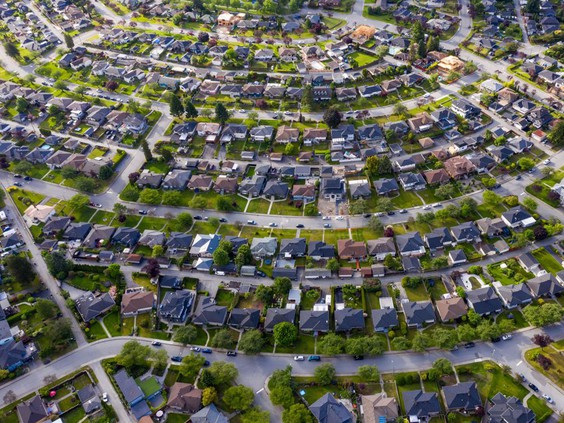 Agency has set target of 40 to 50 per cent of mortgage insurance market, CEO told Parliamentary committee

The Canada Mortgage and Housing Corporation has already acknowledged it needs to claw back business it ceded in the mortgage insurance market. Now, it’s getting more specific about its targets.

Once the dominant player in the country, the CMHC’s share of new mortgage insurance originations fell to 26 per cent in the third quarter of 2021, down from 49 per cent in the second quarter of 2020. It’s a major comedown that has eroded the Crown Corporation’s influence, leaving it in third place behind private players Sagen and Canada Guaranty.

In late January, however, CEO Romy Bowers went before the standing committee on finance to discuss inflation in the Canadian economy, where she was asked about market share by Adam Chambers, the Conservative MP representing Simcoe North.

“Since the last financial crisis, we have been deliberately decreasing our market share, because we feel it’s good to have competition from our private sector competitors in the mortgage insurance space,” Bowers said. “Having said that, we’re very aware of the importance that mortgage insurance plays in financial stability. We have a target that’s approved by our board to strive for about 40 per cent to 50 per cent of the market.”

The CMHC, she said, will work hard to compete with private sector players to reach that target, which would require at least a fifty per cent increase to current levels. Some market watchers, though, wonder if the agency is picking the right time to onboard risk that is ultimately backstopped by taxpayers.

“I think it’s reasonable a question to ask: Is now the time that CMHC needs to be gaining market share?” Chambers told the Financial Post in an interview. “Are we growing this balance sheet at the wrong time?”

Is now the time that CMHC needs to be gaining market share?ADAM CHAMBERS

Chambers argued that as Canada ranks among the world’s frothiest real estate markets (standing behind only New Zealand, according to Bloomberg Economics), it makes little sense for the government housing agency to take on more risk. That Canadians went on a mortgage binge during the pandemic, tacking on $193 billion in mortgage debt only raises the stakes.

Former CMHC chair Bob Kelly echoed the concern in an interview, noting that there had been deliberate cuts to the market share in recent years — until now.

“I just don’t see why it’s necessary, particularly at this point in the cycle and particularly for first-time borrowers, which tends to be the majority of the customers of CMHC,” Kelly said. “Private markets tend to be more efficient and better at sorting risks.”

The CMHC’s course correction is the latest twist for an agency founded in 1946 to provide housing for returning war veterans, and a significant reversal from the vision of late Finance Minister Jim Flaherty, who regretted the size and scale the CMHC had taken on over the years, particularly in the wake of the 2008 financial crisis.

In the years leading up to the crisis, a handful of experts watched the build-up in mortgage risk south of the border with concern. Former Bank of Canada governor David Dodge was among them, and he criticized the CMHC in 2006 for introducing new products, such as interest-only loans and 35-year amortizations on mortgages, arguing they would add inflationary pressures.

It was not until the financial crisis was well underway that the housing agency moved to tighten underwriting rules with a slew of new measures, such as imposing down payment minimums and shortening maximum amortization periods.

After seeing the U.S. housing market inflated by government-backed mortgage loan companies like Freddie Mac before the market collapsed, financial stability became a part of Evan Siddall’s mission in 2013 when he was appointed as the organization’s CEO.

In the summer of 2020, as the pandemic raged on, Siddall tightened underwriting practices to reduce risk exposure.

“There is no doubt that we have willingly chosen to forgo some profitable business that our competitors would find appealing,” he wrote.

At the time Siddall cautioned other mortgage lenders and banks about high-risk lending, noting that there was a “dark economic underbelly to this business that I want to expose.”

But the CMHC’s competitors swooped in anyway.

The precipitous decline in market share that has also led to a waning influence on the broader mortgage insurance market, and that’s one of the reasons that Benjamin Tal, CIBC’s deputy chief economist, believes that the CMHC needs to bulk back up.

“I think that you need to be at least as large as the private (companies), not smaller than them,” Tal told the Financial Post. “And I think that we needed all sorts of policy vehicles, though the effectiveness of policy on the insured market is diminishing because the insured market is shrinking target. You need the policy, this agency should be tough enough to impact the market…. We need to really achieve this balance in which you can make a difference.”

Getting back to market share balance will be no easy feat as clients who have turned to the private players may have a newfound loyalty to them.

“I think that clearly we have a data deficit when it comes to the (housing market) and the CMHC is extremely well-equipped to close this gap,” Tal said. “So, I think that in order to establish their brand, they have to invest more in marketing. But then also market research and data as a data provider to the market to increase the reliance of the market on them. They are well-equipped to do so more than any other player in this space.”

But the hurdles along the way make Tal skeptical that the CMHC will be able to get back to its 50 per cent levels.

The agency itself told the Financial Post it was still in the “early stages of developing its refreshed commercial strategy”.

“We will engage with our industry partners as this work continues to progress,” it said in a statement to the post.

Chambers, who had been a senior advisor to Flaherty, told the Financial Post the “mission creep” of the pre-crisis era needed to be avoided.

“As a taxpayer-backed insurance company, whose risks ultimately lie with the taxpayer…. transparency is very important,” he said. “The taxpayers are effectively on the hook.”