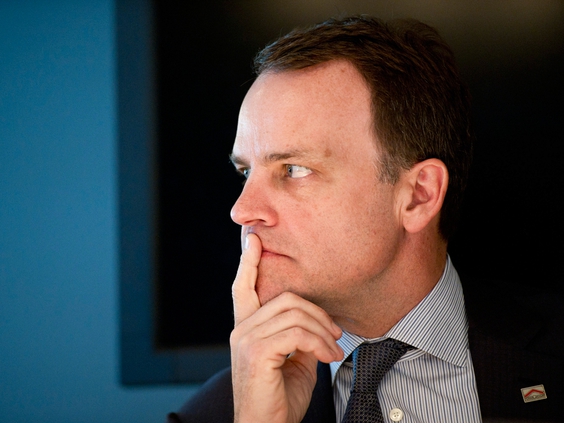 “We had that conversation and you’ll have to pose the question to (the government) as to why it didn’t happen,” Evan Siddall, CMHC’s chief executive, said in an interview. “The minister of finance could have done it.”

Siddall’s comments highlight a worry held by some in Ottawa that the return of ultra-low interest rates will stoke another household borrowing frenzy, just as they did a decade ago when central banks dropped interest rates to or near zero to fight off the Great Recession.

Most economists agree that aggressive monetary policy will be needed to recover from the COVID-19-induced recession, but some policy-makers, including Siddall, think regulators should pair lower-for-longer interest rates with tighter lending rules to limit potential credit problems down the road.

The Bank of Canada explicitly pledged to leave its benchmark rate at its floor of 0.25 per cent until inflation returns to its two-per-cent target, which the central bank’s forecasts suggest could take a couple of years.

Siddall, who advises the government on financial regulation, conceded the finance minister had more pressing concerns last spring than joining a debate over the hypothetical threat of a housing bubble.

“We’re in the middle of a pandemic … There were higher priorities than dealing with that,” he said.

Officials at CMHC, though, were concerned homebuyers were already taking on excessive debt in a housing market that was on course to decline and didn’t want to wait, opting to “unilaterally” raise the credit score needed to secure mortgage insurance and tighten other qualifying measures beginning July 1.

“We decided to do it unilaterally, because we didn’t want to participate in lending or insuring lending that we thought was an inappropriate drag on the economy,” Siddall said.

“Would I have preferred the industry to do that across the board? Yeah. But that’s not my call, it’s the Department of Finance’s call.”

Siddall declined to elaborate on his conversations with government officials about an industry-wide tightening that also would have included CMHC competitors Genworth MI Canada Inc. and Canada Guaranty Mortgage Insurance Co. Discussions between the CEO of CMHC and the minister of finance must be kept confidential, he said.

“I’m not saying whether I had that conversation with the minister,” Siddall said. “I had it with some colleagues in the department of finance.”

For the same legal and governance reasons, Siddall also declined to say whether he has since reached out to Bill Morneau’s successor as finance minister, Chrystia Freeland, who took over the job last month.

We didn’t want to participate in lending or insuring lending that we thought was an inappropriate drag on the economyEVAN SIDDALL, CMHC CEO

“Certainly, hypothetically, the Department of Finance could look at (broadening the policy),” he said, adding he is certain the government is tracking the impact on the market of the changes made by CMHC.

“If there’s significant problems — and I should say we have not seen that — then they could act in the future,” he said.

Freeland’s office referred questions to the Department of Finance, which did not respond to a request for comment by deadline.

Siddall said there has been reduced activity at CMHC since July, but not as steep as anticipated.

“When economic conditions get sketchy, as they are now, people tend to self-regulate and weaker borrowers may be less likely to present themselves in 2020 than they were in 2019,” he said.

In a private letter Siddall wrote to major lenders in August, which subsequently became public, he expressed concern that private-sector mortgage insurers might try to take a greater share of the lenders’ less-risky business to offset the riskier loans they were still willing to take, “undermining CMHC’s market presence unnecessarily.”

House sales roared back this summer from earlier in the pandemic when Canadians were largely locked down to try to slow the spread of COVID-19. The pent-up demand helped drive sales up more than 30 per cent in August from a year earlier, according to the Canadian Real Estate Association.

Data compiled by the Toronto Regional Real Estate Board showed the average selling price in the Greater Toronto Area rose 20.1 per cent in August from a year earlier, hitting $951,404.

Siddall said differences in the composition of insurance books across the sector, including CMHC’s greater concentration of rural and remote policies, suggest competitors would not see the same level of decline in activity as the Crown insurer if tightened mortgage insurance eligibility rules were extended across the industry.

Still, any move that disqualifies prospective buyers from the housing market could draw critics.

“There’s potential for criticism of a minister of finance on this issue even if it’s good policy,” Siddall said.

A spokesperson at Canada Guaranty said Friday the firm is not contemplating any changes to its underwriting policy.

“Recent insurer announcements relating to down payment and minimum credit score represent a very small component of Canada Guaranty’s business, and we will continue to be prudent in these areas,” said Mary Putnam, vice-president of sales and marketing.

A Genworth official referred the Post to a June 8 news release, which said Canada’s largest private-sector residential mortgage insurer had “no plans to change its underwriting policy related to debt service ratio limits, minimum credit score and down payment requirements.”