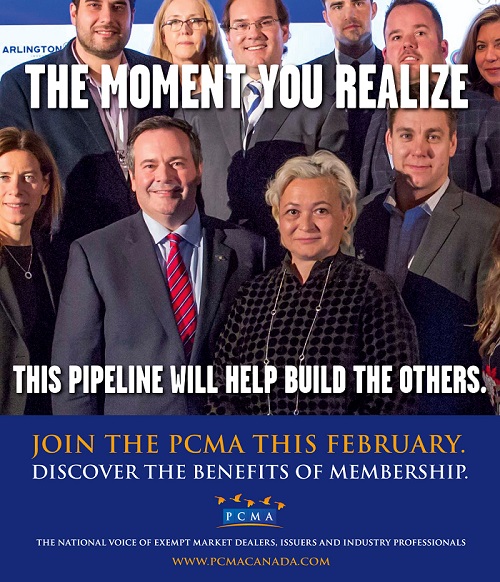 Hundreds of semi-trailers, pickup trucks, cars and buses rolled into Ottawa Tuesday, to protest the federal government’s policies on the oil industry.

The rally was expected to occupy almost a kilometre of Wellington Street, in front of Parliament.

A convoy of trucks which began in Western Canada are lined up along Wellington Street in Ottawa on Tuesday. Christopher Whan / Global News.

The main portion of the United We Roll Convoy set out from Red Deer, Alta., last Thursday and made stops in Regina, Dryden, Thunder Bay, and Sault Ste. Marie before mustering at Arnprior, Ont., just outside the capital.

A group of like-minded protesters from Eastern Canada was expected to join up with them in Ottawa.

The protesters want the Liberal government to scrap the carbon tax and two bills that overhaul environmental assessments of energy projects and ban oil tankers from the northern coast of British Columbia.

A man waves a Canadian flag during the Convoy for Canada on Parliament Hill in Ottawa, Ontario, on February 19, 2019. Lars Hagberg/AFP/Getty Images.

Small business owner Jerry Fetting, who came from Stony Plain, Alta., said he has been affected by the drop in oil prices in recent years and how it has hurt the Alberta economy.

“We’ve gone from 14 people down to six people. Those eight people, those eight families are now unemployed. They’re waiting for me to get busy again and it won’t get busy —  I’m in the housing market — it won’t get busy till pipeline start getting built and people get back to work.”

Scores of people gathered in knee-deep snow on the Parliament Hill lawn in advance of morning speeches, amid concerns the convoy has become a magnet for extremist, anti-immigrant elements.

Fetting said while he wore a yellow vest, he did not travel to Ottawa to talk about immigration and was frustrated with what he called radicals changing the focus.

“This movement is about building Canada, building pipelines,” said Fetting. “They are pushing the Bill C-48 and C-69. They are shutting Canada down. Canada was built with natural resources and that’s what this is about.

Lead organizer Glen Carritt said the display is about showing support for new oil pipelines and opposition to the federal carbon tax and new rules on oil transportation.

“The core message is we need immediate action for our pipelines to get in the ground, to get to tidewater and to the rest of Canada,” said Carritt, the owner of an oilfield fire and safety company in Innisfail, Alta.

Carritt said participants also are unhappy about the government’s recently signing a non-binding United Nations compact on global migration, adding Canada’s borders “need to be controlled” by Canada and its citizens.

Another convoy was originally created by a group that called itself Canada Action, which cancelled the plan and refunded thousands of dollars in donations after that effort became associated with extremist elements in the Yellow Vests Canada movement.

Yellow Vest protesters rally outside Calgary city hall on Tuesday in support of the truck convoy that arrived in Ottawa the same day. Tom Reynolds/Global News.

This convoy in Ottawa includes members of the Yellow Vest Movement, whose demonstrations across the country have had widely varying agendas, from supporting pipelines to denouncing immigration and the United Nations compact on global migration.

Carritt originally referred to his convoy as a “yellow vest convoy” but renamed it United We Roll after it too was linked to people spewing hateful rhetoric against Muslims and immigrants.

Some trucks in the convoy display the signature yellow vest garment on their front grilles but Carritt stresses the rally is open to anyone fed up with the federal government as long as they aren’t violent.

“No matter what you wear — whether you’re a yellow vest, blue coverall, white hardhat, black hardhat or a suit and tie — it doesn’t matter. The radicals can stay home. You’re not welcome to this rally.”

People’s Party of Canada Leader Maxime Bernier told the crowd that “you’re just asking that this country will be able to build pipelines.”

Evan Balgord, the executive director the Canadian Anti-Hate Network, however, is warning that the convoy is giving a platform for hate.

“This convoy is a Yellow Vests Canada convoy and any well-meaning pro-pipeline individuals involved are in fact legitimizing and breathing oxygen into the broader Yellow Vests Canada movement, which spreads hate, conspiracy theories, and death threats targeting Muslims, politicians, and other Canadians,” he said.