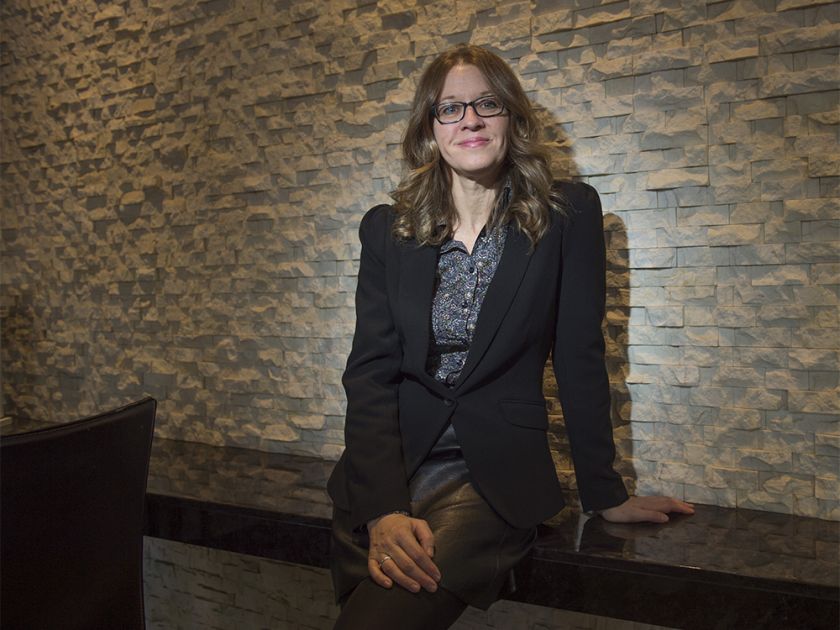 Anyone in Canada who knows anything about the target on the back of Canadian oil and gas knows the name Vivian Krause. Everyone else should.

Krause’s name has become synonymous with the fight against the concerted effort by U.S. oil interests working to land-lock Canadian oil and gas by using environmental groups to protest against the industry with the stated aim of grinding development to a halt. Krause is a one-woman wrecking crew to the wall of secrecy behind that foreign plan, which she has almost single-handedly exposed by painstakingly following the money trail.

On Wednesday, during a speech at the Indigenous Energy Summit at the Grey Eagle Event Centre, the B.C. researcher extraordinaire warned the Indian Resource Council (IRC) of just what kind of opposition it will face if it pushes forward with a plan to purchase the Trans Mountain pipeline from the federal government.

Krause warned the crowd that gathered on the Tsuut’ina Nation, on the western edge of Calgary, that she would be showing rather boring slides that prove that millions of dollars in payments from multibillion-dollar U.S. charitable foundations are being made to Canadian environmental groups annually, “because, frankly, if I was just to tell you who paid whom and how much, it’s hard to believe. It comes off like a tinfoil-hat conspiracy theory.”

She also warned the IRC — which represents 134 First Nations that have oil and gas resources on their land — that if it does move forward with the exciting and potentially lucrative opportunity of buying Trans Mountain and the plans to twin that existing pipeline, “you don’t just get the pipeline, you get a foreign-funded campaign along with the pipeline.”

Eight years ago, while researching who was behind an unscientific, misinformation campaign against farmed Canadian salmon, Krause “came across these three little words: Tar Sands Campaign” in the tax forms of the Rockefeller Brothers Fund (which, ironically, made its billions from oil and gas). She saw that the foundation donated $1.4 million in 2007 to Corporate Ethics, “to recruit the groups, develop the strategy, create a co-ordinated campaign and act as a re-granting agency for the North American Tar Sands Campaign,” states CorpEthics.org, the group’s website.

“From the very beginning, the campaign strategy was to land-lock the tar sands so their crude could not reach the international market where it could fetch a high price per barrel,” boasts Michael Marx, the executive director of Corporate Ethics.

The massive price discount in October 2018 of as much as US$52 per barrel for Alberta oil demonstrates that this campaign has been extremely effective. It is helping to make Americans richer and Canadians poorer. Alberta Premier Rachel Notley announced late last year an 8.7 per cent production cut to reduce the differential that was costing the Canadian economy $80 million to $100 million a day, an effective strategy that some energy executives say has resulted in deeper production cuts because of how the formula plays out on Alberta’s larger producers.

“This strategy is successful to this day,” adds the CorpEthics post. “All the proposed pipelines in Canada have effectively been blocked.”

Indeed they have. Marx brags of not just killing Canadian pipelines but helping to turf some Canadian conservative governments as well, in both Alberta and federally in 2015, thanks to foreign money skewing our elections, something Prime Minister Justin Trudeau has refused to act on, perhaps, not surprisingly, since the campaign may have helped get him elected.

Krause says at the end of 2012 the Rockefeller Brothers specified that its money was to be used to “bring about a cap on the production of oil from Alberta.”

“Your premier put a cap on the oilsands,” Krause reminded the attentive crowd. “That’s exactly what the Rockefeller Fund funded the activists to do, was to pressure the government to put that cap on.”

Krause said she was actually optimistic that the Tar Sands Campaign might “turn the page” and end after achieving all of those wins, but no, the pressure continues. Notley’s government then created the world’s largest boreal forest preserve, something the U.S. foundations through groups like Tides pushed for, since it’s harder to develop resources in preserved land.

“(Notley’s) done everything they’ve asked for, put on the cap, created a park, increased the carbon tax, wasn’t that what the activism was to bring about, so why is this campaign still being funded?” asks Krause, who pointed out the latest large donation to Corporate Ethics was made in May 2018.

Hudson’s Bay Company Agrees to Be Taken Private at $10.30 per Share