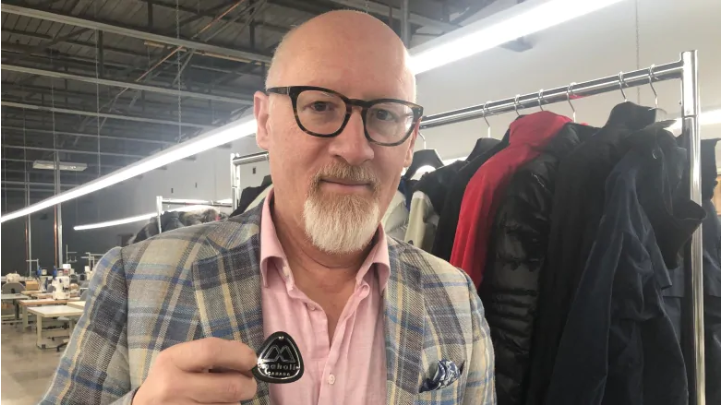 Business, retail and tourism experts say the new coronavirus has begun to hurt businesses in Canada but its full effects will be evident in the coming months.

Canadian companies that rely on China for processing small components, for raw materials or for tourist dollars will all feel the effects of the virus called COVID-19.

Rocco Rossi, president and CEO of the Ontario Chamber of Commerce, said in a statement on Tuesday that certain sectors, such as manufacturing and airlines, will be hardest hit.

“The outbreak of the coronavirus (COVID-19) has so far had a minimal effect on both the Canadian and Ontario economies. However, given the length of supply chain cycles, we may not see the full impact of the disruption for some months,” Rossi said.

Jim Danahy, CEO of CustomerLAB, a retail consulting firm in Toronto, said the effects will be worse than those of SARS in 2003 because Chinese manufacturing has quadrupled since then.

‘Without it, you just have a bunch of scraps’

Global supply chains mean Canadian products with components made in China may not make it to store shelves, he said.

“What I see happening to Canadian businesses is that they are depending on buying ingredients and raw materials from China, or having their raw materials put together, or in some cases sewn together in China, where maybe very small components in a process come from China, or are processed in China, but without it, you just have a bunch of scraps,” Danahy said.

“You don’t have a finished product and you can’t sell them. You know, a zipper, a button, a logo flash, one ingredient in a food product, these are the kinds of things that will prevent Canadian businesses from selling their own products,” he added.

In cases where Canada sells raw materials to China, China processes the raw materials and then sells finished goods back to Canada, business has also slowed. The coronavirus has shut down factories in China, he said.

“It’s going to be a double-whammy whose impact will be measured at least in months, maybe longer,” Danahy said.

Danahy said China’s economy is second largest in the world and it’s four times larger now than it was during the SARS crisis. “It is both buying and selling goods,” he said.

“We are seeing a more much complex global supply chain,” he said.

For example, Roger Gingerich, a fashion broker for Maholi Inc., a Canadian company that makes luxury bedding and outerwear, said Maholi down jackets are sewn in Toronto but cannot make it into stores to be sold because each jacket has a branding label that comes from China. That label, a small metal piece, is manufactured in China and appears on the sleeve.

“And right now, our entire production floor, we are awaiting a simple label … We can’t go any further until this label comes back in,” he said.

Marion Joppe, a University of Guelph professor in the school of hospitality, food and tourism management, said the coronavirus will hit the Canadian tourism market hard because Canada receives thousands of Chinese visitors every year.

“We get about 700,000 Chinese visitors a year. Of course, Toronto is one of the primary destinations and so is Niagara Falls,” she said.

Joppe said Norman Bethune house in Gravenhurst, Ont. is another important destination. The national historic site is run by Parks Canada. According to the Canadian Encyclopedia, Norman Bethune was a surgeon, inventor and political activist and he is considered a hero in China.

“I’m sure they are not seeing anyone coming by these days,” she said.

China has imposed severe travel restrictions on its citizens, and the Canadian government has warned citizens to avoid all non-essential travel to China and to avoid all travel to Hubei province, the centre of the outbreak.

Group tours from China have been cancelled and Chinese-Canadians are also not going to China for family visits, Joppe added.

‘Losses could easily double those of 2003’

In an article for The Conversation, an independent source of news from the academic community, Joppe writes: “Depending on how long the restrictions and warnings are in place, losses could easily double those of 2003. The pain will be felt in every industry as tourism’s supply chain involves everything from agriculture and fishing to banking and insurance.

“The hardest hit will be its core industries of accommodation, food and beverage services, recreation and entertainment, transportation and travel services.”

China has locked down several cities in Hubei province where the outbreak hit hardest, halting nearly all transportation and movement except for the quarantine efforts, medical care and delivery of food and basic necessities.

China also may postpone its biggest political meeting of the year, the annual Communisit Party congress due to start in March, to avoid having people travel to Beijing while the virus is still spreading.

One of the automotive industry’s biggest events, China’s biannual auto show, was postponed, and many sports and entertainment events have been delayed or cancelled.

Should Canada expect the worst from NAFTA renegotiations?