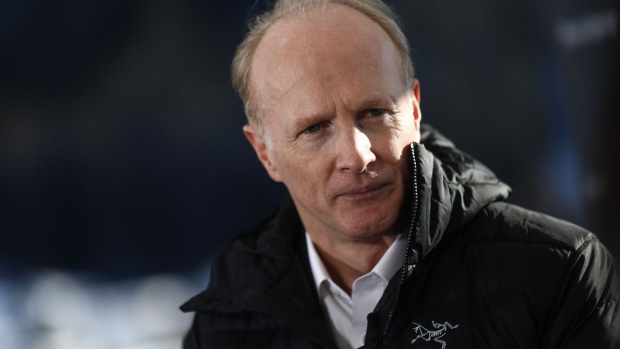 Global equity markets are on fire, reaching US$100 trillion in value. Low-rated junk bonds have had an epic rally. Tech IPOs are in such hot demand that AirBnb Inc. is worth more than Goldman Sachs Group Inc.

To Mark Machin, the CEO of one of the world’s largest pension funds, Canada Pension Plan Investment Board, the exuberance in public markets is a signal to extend his fund’s already-huge bet on private assets.

Machin sees a wave of cash chasing infrastructure and hard assets in 2021 and beyond, amid stretched valuations for stocks and bonds. In the past two months, CPPIB has acquired a stake in a trophy office tower in Seattle in which Amazon.com Inc. is a tenant; bought an interest in the Capital Beltway toll road around Washington; and committed 300 million pounds to U.K. industrial and logistics properties.

Those deals followed CPPIB announcements earlier in 2020 that it would invest in Mexican toll roads, South Korean real estate, Japanese and Canadian wind and solar farms, U.S. industrial property and European private schools, among others.

There are more private deals to come for the $457 billion pension fund, even though, as Machin acknowledged in an interview, there’s brisk competition for infrastructure and other assets that pay a yield.

“You’ve got a huge wall of money around the world looking for fixed-income, government-bond alternatives when you have zero-to-negative interest rates,” he said.

Machin, 54, has continued to build the Canadian fund’s private holdings since becoming its first foreign-born leader in June 2016. Its private equity portfolio has grown more than 75 per cent to $106 billion; it’s now about one-quarter of assets.

Under his watch, the firm’s “real assets” portfolio, which is mostly private infrastructure and real estate, has has grown about 70 per cent to $98 billion, and it’s expanding in private credit as well.

When Machin took over, one of the first things he did was seek advice from his old boss, Lloyd Blankfein.

“I was expecting him to say something like, you know, ‘Be visionary, be bold, think of some huge whizzy strategy,’” Machin recalled. Instead, the Goldman CEO told Machin: Be very careful with your private assets and don’t let a valuation error upend your fund.

Blankfein’s words had an impact. Machin built out a larger internal team that’s responsible for assessing the value of private assets and brought in an outside executive, Neil Beaumont, to oversee it as chief financial and risk officer.

The strategy has produced strong gains, and Machin is confident it will continue to do so, despite finding himself competing with other cash-flush bidders who are also frantically looking for ways to juice returns.

Governments could help feed the demand by selling off mature assets, said Machin, whose fund owns highways, ports and utilities around the globe. “My advice to any government, anywhere in the world, is if you want to raise some money to pay off deficit, sell some existing infrastructure, because you’re going to get extraordinary prices for it,” he said.

There have been bumps. The pandemic toppled one of the fund’s weakest and most visible private-equity holdings — department store Neiman Marcus Group Inc., which filed for bankruptcy protection in May.

The virus also hit investments tied to the tourism and travel sector, including Merlin Entertainments Ltd., the U.K.-based owner of Legoland and other theme parks. CPPIB, Blackstone Group Inc. and other partners closed the acquisition in November 2019, shortly before a cluster of coronavirus cases surfaced in Wuhan, China.

At the same time, a pension fund that gets billions in new contributions every year and can hold assets for decades can afford to wait out the effects of COVID-19. The pandemic has also brought opportunities, such as when injected capital in the parent company of Viking Cruises in November.

“Those cruise lines that have sorted out robust safety procedures, even as people are getting vaccinated, are going to outperform,” Machin said. “You could see a really quite robust rebound in that area from very depressed levels.”

The pressure remains high on Machin and his investment managers to keep up returns over the long run. The fund’s track record has kept it largely insulated from politics so far.

That could change if performance dips. Bob Baldwin, head of the C.D. Howe Institute’s pension policy council, argued in a paper this month that the risks of managing the Canada Pension Plan, including demographic risks, are “poorly understood.”

“If unanticipated negative risks materialize, the plan will be subject to significant political as well as economic risks,” Baldwin wrote.

That may be one reason Machin and Beaumont are so keen to emphasize the work they’ve done to ensure risks are in check and their private-asset returns can be trusted. The fund even created a video starring Beaumont explaining how the valuation work is done.

Inside CPPIB, about two dozen valuation experts operate separately from the investment managers, reporting into Beaumont. “They come up with independent views, and in the case of a material disagreement between the deal team and the valuations group, ultimately I own the mark,” Beaumont said in an interview. The fund has also increased its use of outside appraisers.

Machin describes the approach as part of a larger effort to be ready for any financial crisis.

“When Neil arrived, in my first year, we sat down and looked each other in the eyes and said, you know, chances are on our watch, something’s going to happen,” Machin said. They put in place a new crisis protocol that outlines “who does what, who needs what, who talks to whom,” when markets are in chaos, as they were in February and March.

“The fog of war can be really debilitating. So you need to have the data and information at your fingertips to know what’s happening.”

While the world is in the midst of a tech revolution, Canadians bet on real estate