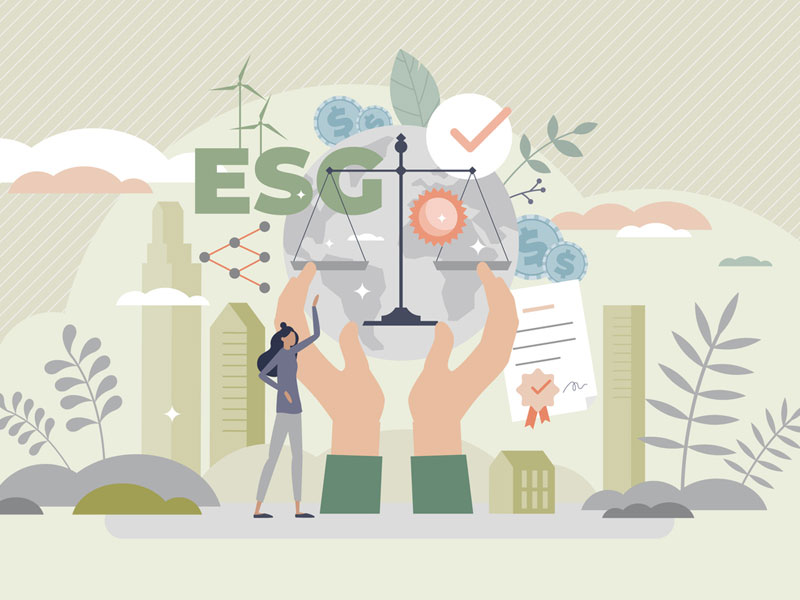 Commenters decried the “comply or explain” model for emissions reporting

The Canadian Securities Administrators’ (CSA) consultation on proposed requirements for climate-related disclosure prompted an avalanche of feedback but generated little consensus, leaving the regulators with tough choices to make.

Last October, the CSA published a consultation setting out its proposed approach to issuers’ climate-related disclosure, and the effort generated about 130 comment letters. While the notion of explicit disclosure requirements targeting climate-related risks is widely supported, the details of what should be disclosed, where and how remain hotly contested.

The approach outlined in the CSA’s consultation paper is based generally on the recommendations of the Task Force on Climate-related Financial Disclosures (TCFD), although regulators are proposing to deviate from those recommendations by not strictly mandating emissions disclosure, and by not requiring scenario analysis. These departures were proposed as a way to mitigate compliance costs.

The regulators’ proposal would require issuers to disclose only greenhouse gas (GHG) emissions on a “comply or explain” basis — allowing companies to opt out of reporting with an explanation. Alternatively, the CSA suggested it could mandate so-called “Scope 1” emissions to be disclosed, leaving “Scope 2” and “Scope 3” emissions to voluntary disclosure.

Scope 1 emissions refers to the GHG emissions generated directly by a company; Scope 2 covers emissions produced indirectly through the purchase of heat and electricity; and Scope 3 refers to all other “downstream” indirect emissions that a company’s activities cause.

The proposals also would not require issuers to disclose any scenario analysis, which involves projecting how a company’s climate risk strategies could be affected by various global warming scenarios.

For many commenters, these accommodations are a mistake, and the CSA’s proposed approach is too timid.

For example, Toronto-based NEI Investments said in its submission that while the CSA’s proposal would be an improvement over current disclosure practices, it doesn’t “go far enough to ensure that the Canadian market keeps pace with best practice internationally, and contains several critical weaknesses that would ultimately prove fatal to its ability to meet investor needs.”

Numerous commenters argued that the CSA’s approach is inadequate due to the proposed divergence from the TCFD recommendations. The Institute for Sustainable Finance’s (ISF) submission, for example, rejected the “comply or explain” model.

Emissions disclosure is “essential for capital allocators, regulators and for the companies themselves as we transition to a net-zero economy by 2050,” the ISF stated. “For companies, not having a starting-point measurement for emissions is inexcusable, and severely inhibits the development of legitimate transition plans.”

Furthermore, “there is evidence that once firms start reporting GHG emissions, they take actions to reduce them,” the ISF said.

In its submission, BMO Global Asset Management echoed this view, calling on the CSA to at least mandate reporting of Scope 1 and 2 emissions. BMOGAM said Scope 3 emissions disclosure should be mandated for companies for which they are considered material.

“Such disclosure is critical to investors, including for understanding our own investment footprint, tracking progress on net zero goals and fund-level reporting,” BMOGAM stated.

Other institutional investors and the Investment Funds Institute of Canada also endorsed mandatory reporting on emissions — particularly Scope 1 and 2. Some investors were willing to accommodate voluntary reporting of Scope 3 emissions, recognizing that these can be harder to assess and are less controllable by individual companies.

As for whether companies should be required to produce and disclose scenario analysis, the ISF said this reporting also is essential.

“Excluding this requirement for Canadian companies will not only disadvantage these companies on the global scene, it will not provide capital providers with a full picture of such risks or the confidence that these risks are being properly analyzed and mitigated,” the ISF said.

The Canadian Institute of Actuaries (CIA) warned that if scenario analysis is not required, “there will be no incentive for issuers to start the journey toward full TCFD disclosure.” This, in turn, will make it more difficult for both issuers and investors to properly address their climate-related risks.

“In our view, it is better to define the endgame now, enshrine it in the rules, and assist issuers through guidance along the journey from qualitative to quantitative scenario analysis,” the CIA stated.

While deviating from the TCFD recommendations is meant to reduce compliance costs, investors argued that the benefits of robust disclosure will outweigh those costs.

“We cannot lose sight of the fact that there is a cost of not disclosing as well,” said the British Columbia Investment Management Corp. (BCIMC). “Currently, investors are bearing the cost of sourcing estimated emissions data in the absence of full disclosure from issuers. The expectations of global investors, stakeholders and consumers are increasing and companies that fail to demonstrate how they are addressing the risks associated with climate change run the risk of becoming less competitive and increasing their cost of capital.”

Further, the BCIMC argued that following the TCFD recommendations will not be “a materially significant cost for issuers.”

Commenters such as the Canada Climate Law Initiative (CCLI) suggested that if the CSA insists on the “comply or explain” model, it should demand independent, third-party assurance validating the decision not to disclose. (The CCLI is a joint venture of the Centre for Business Law at the University of British Columbia and Osgoode Hall Law School at York University.)

Others recommended the CSA consider adopting “safe harbour” provisions to encourage companies to provide comprehensive climate risk disclosure without fear of legal liability for disclosures that may prove inaccurate.

Since the CSA launched its consultation, there have been several major parallel developments, including new commitments made at the COP26 summit in Glasgow; the launch of the International Sustainability Standards Board; the federal government’s call for mandatory TCFD disclosures in mandate letters to the Minister of Finance and the Minister of Environment and Climate Change; and ongoing work by the U.S. Securities and Exchange Commission to set its own reporting standards.

These developments could affect the CSA’s proposals, but there’s hope that they won’t stall the regulators.

As the Canadian Coalition for Good Governance said in its submission: “The rapid pace of global developments with respect to climate-related disclosures creates a challenge for Canadian capital markets regulators to ‘get it right,’ but we encourage the CSA to move forward notwithstanding this dynamism — do not let the desire to be perfect stand in the way of getting started and innovating as needed.”

Private Equity Could Cause The Next Liquidity Crisis