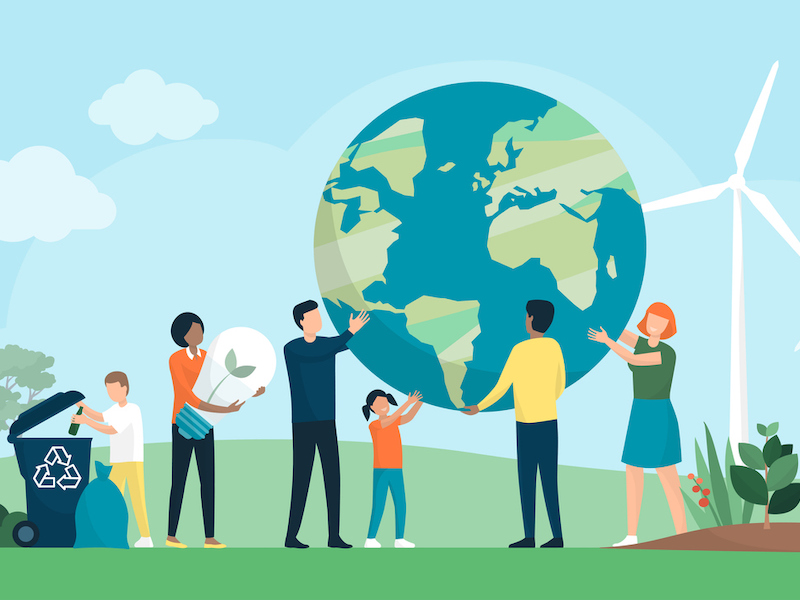 The Canadian Securities Administrators (CSA) were fast out of the gate with climate risk disclosure proposals, but their effort is being overtaken by tougher rules proposed in Canada and abroad.

The CSA’s climate-related disclosure requirements, released for consultation in October 2021, attracted an avalanche of feedback, and the regulators have yet to land on final rules. In the meantime, those proposals have been surpassed by stricter efforts from the U.S. Securities and Exchange Commission (SEC), the newly formed International Sustainability Standards Board (ISSB) and, most recently, the Office of the Superintendent of Financial Institutions (OSFI).

The CSA may now decide to wait until the other regulators have crystallized their positions.

Louis Morisset, chairman of the CSA and president and CEO of the Autorité des marchés financiers, said CSA staff are reviewing the comments received on its proposals (the consultation ended in February), along with the SEC’s and ISSB’s proposals. The CSA also is working with its counterparts at the International Organization of Securities Commissions and with OSFI, he said.

“We are currently reflecting on the wisdom of waiting until the SEC and the ISSB have finalized their positions — in order for us to consider them — before moving forward with our second publication,” Morisset said.

While the details have yet to be finalized, initial proposals from the other regulators are more demanding than the CSA’s.

The CSA’s initial proposals allow companies to choose whether to report their greenhouse gas emissions or explain why they’re not revealing that information. In contrast, the other proposals are for mandatory disclosure. (All proposals are based on the recommendations of the Taskforce on Climate-Related Financial Disclosures.)

The CSA would seek voluntary disclosure of Scope 1 emissions (produced directly by a company), Scope 2 (created by a company’s power consumption) and Scope 3 (all downstream emissions generated by a company). But the CSA wouldn’t require companies to provide investors with scenario analyses, which assess climate risks under different hypothetical futures.

In contrast, the SEC proposed to mandate Scope 1 and 2 emissions reporting and to require reporting of Scope 3 emissions where “material.” The SEC also would require firms to provide independent reports verifying the accuracy of certain disclosure and to incorporate disclosures in financial statements.

The ISSB’s proposals would require reporting on Scope 1 and 2 emissions, with some flexibility in Scope 3, and would require companies to provide investors with scenario analyses.

OSFI’s proposed framework would also require financial firms to assess and address both the physical risks associated with damaging weather events due to global warming and the risks of shifting to a low-carbon economy (such as stranding fossil fuel assets). The framework doesn’t require firms to set aside capital for these risks, but OSFI indicated capital requirements will probably be introduced down the road.

The SEC also unveiled proposals in May targeting disclosure from the investment fund industry. Those proposals would require certain funds to detail how ESG factors are used in their investment processes, to provide standardized disclosure of their ESG strategies, and for climate-focused funds to report on emissions, including the carbon footprint of their portfolios.

The SEC stated its proposals are intended to produce more consistent, comparable and reliable information for fund investors on the ESG features of their funds.

The CSA has yet to propose rules requiring ESG or climate-focused disclosure for investment funds. The regulators did issue guidance in this area earlier this year, which aims to ensure that funds aren’t misleading potential investors.

Morisset said the CSA is monitoring regulatory disclosure and marketing by funds that purport to focus on climate change, with an eye to future policy if needed.

Regarding the fund industry, the chief concern for regulators is “greenwashing” — funds overhyping their credentials to attract investors without living up to those promises.

In the U.S., this concern led to rule proposals and the SEC has targeted poor ESG disclosure in its enforcement activity. Last month, the regulator fined BNY Mellon Investment Advisors Inc. US$1.5 million for misstating ESG considerations in certain mutual funds.

While the penalty was relatively small, New York-based Moody’s Investors Service Inc. said it signalled a growing risk for the fund industry: “We expect that rising regulatory scrutiny of so-called greenwashing will result in additional regulatory actions.”

This isn’t just a U.S. phenomenon. Police in Germany raided the offices of one of the country’s largest asset managers, DWS Group, in May as part of an investigation into greenwashing allegations.

Regulators’ efforts to boost transparency and disclosure are expected to help curb the risk of greenwashing.

“As corporate and financial institutions disclose more data and information regarding their assets and investments, it will become easier to make comparisons between them, reducing the risk of greenwashing,” Moody’s said. “Avoiding greenwashing is ultimately a matter of good governance and disclosure.”

The accuracy of ESG disclosure also is being scrutinized. In April, the SEC’s new ESG enforcement task force brought its first case when it charged Brazilian mining giant Vale SA over its ESG disclosure in the years before the collapse of a company dam that killed 270 people in 2019.

The SEC alleged the company’s disclosure claimed that it met the highest international standards for dam safety, yet knew about dangers at the site. The regulator argued the company misled investors when it raised more than US$1 billion in debt while concealing the environmental risks posed by its operations. Those allegations have not been proven.

Factbox-Highlights of the U.S.-China audit deal