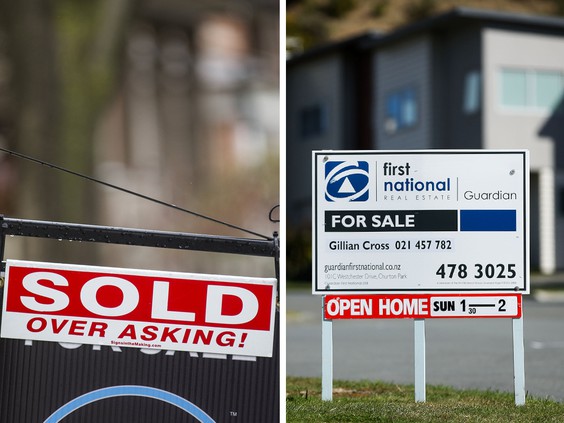 House prices have skyrocketed throughout the pandemic in Canada and New Zealand. PHOTO BY POSTMEDIA/GETTY IMAGES

We advise caution when investing in the loonie or the kiwi

The global housing bubble’s near-vertical ascent continued unabated through the back half of 2021, running way ahead of its underlying fundamentals and leaving many economies alarmingly exposed to a downside housing shock.

The Global Real House Price Index is now up a record 9.6 per cent on a year-over-year basis, according to data from the Federal Reserve Bank of Dallas. For some perspective, that is almost double the yearly trend at the peak of the mid-2000s’ housing bubble (5.5 per cent year over year). At these levels, a reversion to the long-term trendline would imply an unprecedented 13.7 per cent correction (compared to a 10 per cent correction in 2007).

With the global economic recovery more vulnerable to a housing correction-induced pullback than ever before at a time when much of the world is reeling in monetary policy support, we decided to take a look at which countries’ housing manias are the most at risk.

Of course, there are vast divergences across countries. For example, real home prices have spiked in Australia (23.2 per cent), Canada (21.4 per cent) and New Zealand (20.5 per cent) from year-ago levels. In contrast, residential real estate prices in Italy and Japan have only risen around two per cent, while Spain’s home price growth has been relatively flat (0.6 per cent).

But to get a better sense of how far affordability is stretched (and, therefore, how sensitive each economy is to a drawdown), we decided to compare the extent of the housing bubbles across various key economies by assessing how out of whack their home-price-to-disposable-income ratios are from their historical averages.

Topping the charts are Canada and New Zealand, where house prices have skyrocketed throughout the pandemic. Their current home price-to-disposable income ratios represent more than three standard deviation events and a mean reversion would imply epic 41.2 per cent and 48.8 per cent declines, respectively. And with real estate as a share of disposable income at a record 501 per cent in Canada, the negative hit to consumption via the wealth effect of a correction would be massive and hinder GDP growth big time. Australia (-38.4 per cent to the long-run mean) and Sweden (-33.5 per cent) are following closely behind.

The results for the United States were more surprising, with affordability only 4.3 per cent above the mean, and the home-price-to-disposable-income ratio, at 0.91, remains below the 2006 peak of 1.03. That said, this measure is still up 9.3 per cent from pre-pandemic levels and has headed straight north since the beginning of the recovery phase. The price growth may have been less pronounced relative to Canada and some other regions in the world, but it’s still a bubble — and there’s enough froth in the market that the hit to consumption (and GDP growth) could be substantial. This is something to be wary of as the U.S. Federal Reserve embarks on its rate tightening cycle in March.

Italy, Spain and Japan round out the list of countries whose home-price-to-disposable-income ratios are actually below their long-term trendlines. The fragility of these countries’ economic recoveries is clearly less reliant on the housing market than those at the top of the list.

In Japan, a clear outlier, real home prices have virtually flatlined since 2009 and are down nearly 45 per cent from the bubble peak in the 1990s. A combination of factors, including deregulated housing policies (no rent control, limited restrictions on density) and demographic headwinds are likely to continue acting as a drag on housing market growth in the coming years.

The bottom line is that the global economic recovery story is unhealthily hitched to the bubbly residential real estate market, particularly in countries such as Canada, New Zealand and Australia.

If global central banks continue down the path of tightening monetary policy over the coming quarters, the risk-on trade (which has already come off the gas of late) could be in for more trouble. We also advise exercising caution when investing in currencies of the “at-risk” countries (Canadian dollar, New Zealand kiwi, Australian dollar and Swedish krona) as these economies remain exceptionally vulnerable to the impending mean reversion of housing prices.