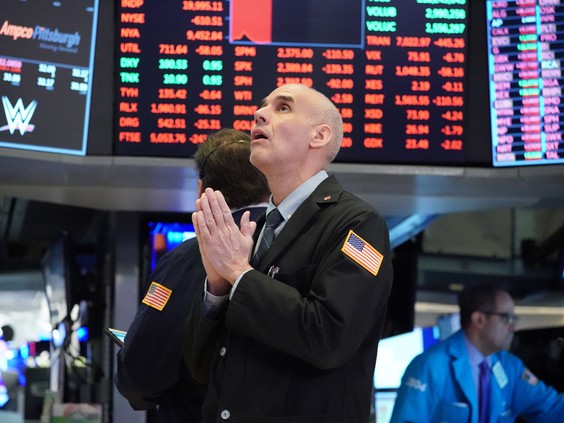 The popular narrative is that March 2020 represented the bear market low and the start of a new bull market. We strongly disagree with this assertion. Instead, we believe that we are seeing a further extension of the March 2009 bull market, which means we are at a much more mature stage of the investing cycle than is commonly perceived. This has profound implications for the investing approach that should be utilized as well as the sectors that should be emphasized (and de-emphasized) within a portfolio.

Looking at prior bear markets (declines of more than 20 per cent) in the post-Second World War period, 2020 is notable for the speed of the decline and how quickly a low was ultimately achieved. Last year was the fastest bear market on record, with a decline of 33.9 per cent in just 33 days. Historically, the most comparable period is 1987, which saw a 33.5 per cent slide in 101 days — nobody really calls that year’s October crash a true bear market, either. The same for the sharp fall of 1998 and the severe drawdown in late 2018.

Bear markets are measured in duration every bit as much as the magnitude of the decline. Not to mention that bear markets end, and new bull markets begin, at silly-low multiples — that is a dead giveaway as to why pundits who think we are in the infancy stages of a whole new bull market are just plain wrong.

Back to 1987: on an intraday basis, the S&P 500 bottomed on Oct. 20, which was only 56 days after the market peak. With this in mind, we believe 1987 can serve as a good template for the current period. Beyond representing one of the most rapid bear markets in history (along with 2020), it was also caused by a non-economic black swan event.

The 1987 crash was triggered by computer-driven trading models that followed a portfolio insurance strategy (losses were exacerbated by the lack of circuit breakers, which were ultimately introduced in response). In 2020, the world confronted a once-in-a-century pathogen, which governments responded to by abruptly closing their economies.

Prior to the market peak in 1987, the stock market had rallied hard since August 1982, more than tripling over this period (amounting to an annualized gain of 26.6 per cent). Then came Black Monday (Oct. 19, 1987) and the largest daily loss on record. It would ultimately be another couple of months before the market found a bottom and once again resumed its uptrend. However, by July 1989, the S&P 500 had made a fresh all-time high and continued to rally until mid-1990, when the economy fell into recession.

We don’t have access to sector data based on the current Global Industry Classification Standard (GICS) prior to 1990, but we do have data from Kenneth French, the famous American finance professor, that utilizes the Standard Industrial Classification (SIC). Although the two systems are not directly comparable, the latter can still be relied on to classify industries as being “cyclical” or “defensive” in nature. Below we highlight how we have categorized these industries (note that our cyclical and defensive baskets are created by equally weighting performance).

Perhaps unsurprisingly, following the 1987 bear market low, our cyclical basket steadily outperformed until November 1988, at which point defensives began to outpace them. This continued until the July 1990 market peak, with the gap between the two indexes amounting to 20 percentage points. This divergence became even more pronounced during the recession-induced drawdown, with the cyclical basket falling 25 per cent peak to trough, versus the much smaller 12 per cent pullback for the defensives.

Thus, insofar as 1987 is an appropriate comparison (and we think it is), investors will benefit from being overweight defensives (versus cyclicals) in the current environment as the economy slows.

Although the consensus is expecting a slowdown — they have real GDP growing in excess of potential until at least the end of 2022 (based on estimates from Bloomberg) — this seems unlikely. We also believe that we are in for a period of below-trend growth as soon as the back half of this year. If we are right in this assessment, this should also bode well for long-duration assets such as growth stocks and longer-dated Treasuries as inflationary pressures ease.

Put differently, defensives over cyclicals and growth over value is likely to be a sound strategy for equity investors. Within the bond market, we would use yield backups as an opportunity to add, not reduce, duration exposure.

Beyond the historical similarities with 1987 — another sharp, reflexive drawdown that temporarily interrupted, rather than reset, the uptrend — the current environment does not at all resemble other prior bull market inceptions from a valuations perspective. We are now just over 16 months from the March 2020 trough, and the trailing P/E and Shiller P/E are 28.5x and 38x, respectively. The average and median on both metrics is about half of what it is currently. To us, this further reinforces that we are not at the start of a new bull market, since such periods are almost always typified by below-average valuations.

The S&P 500 is also now well above its long-term trend, which also suggests to us that the gains investors have become accustomed to of late will not persist. Indeed, we can nicely fit a trend to the growth in the real (inflation-adjusted) S&P 500 since 1946 to find that the r-squared is 84 per cent. Incredibly, the real S&P 500 is now 79 per cent above this trendline, the most extreme reading since 2000 and, before that, 1966. Note that both of these periods marked the end, not the start, of bull markets. This is yet another reason why we feel we are in the late innings of this historic rally, and why we expect leadership in defensive growth (and yield-sensitive) as opposed to cyclical value stocks.

In conclusion, given the speed and duration of the bear market, the backdrop from a valuations perspective and how far the S&P 500 is above its long-term trend, the balance of evidence strongly suggests that March 2020 temporarily interrupted, rather than reset, the 2009 bull market.

Using 1987 as a template means equity investors are likely to benefit from emphasizing defensive rather than cyclical sectors within a portfolio as the economy slows. In addition, if we are right that the economy will soon expand below potential, then owning long-duration assets (such as growth stocks and longer-dated Treasuries) is also likely to be a sound strategy.

David Rosenberg is founder of independent research firm Rosenberg Research & Associates Inc. You can sign up for a free, one-month trial on Rosenberg’s website.