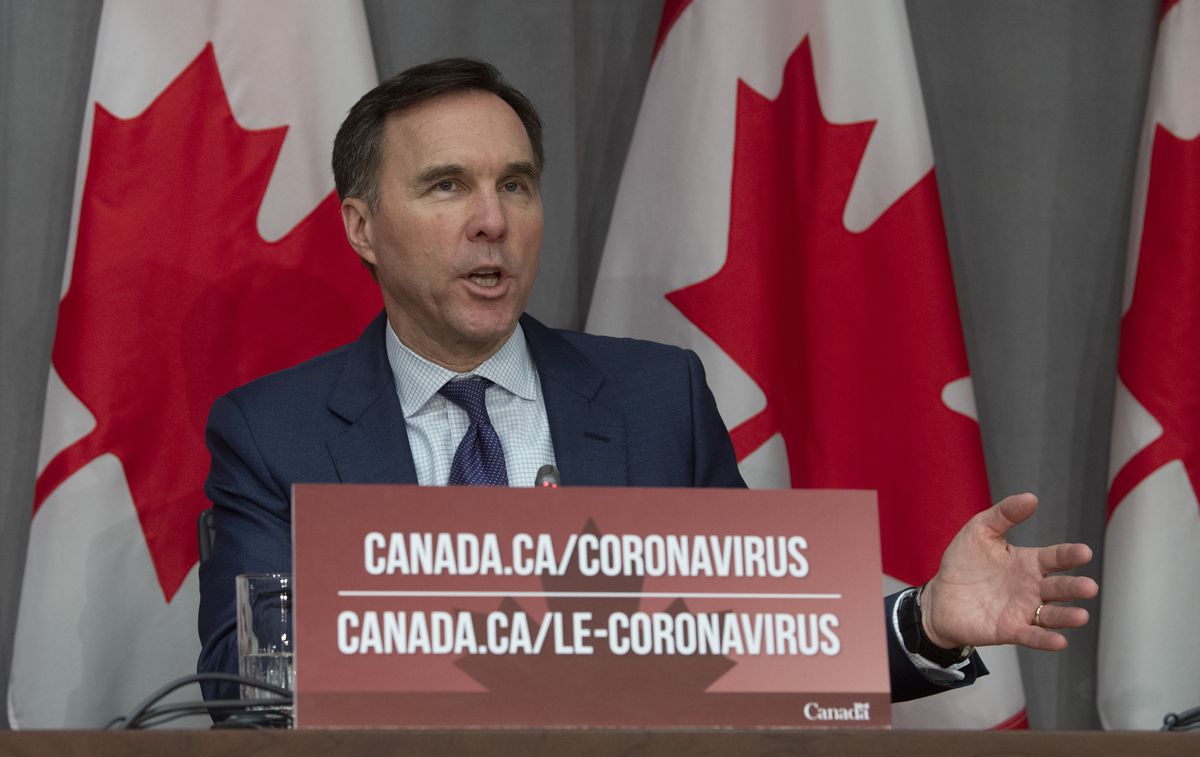 The emergency coronavirus legislation the Canadian government passed last week bolsters Ottawa’s ability to step in and purchase troubled assets from financial institutions or other companies if necessary.

Provisions in the new Canadian legislation build on measures Ottawa put in place during the 2008-09 crisis to protect Canada’s financial system.

Government officials, who were granted confidentiality because they are not authorized to discuss the matter publicly, say the kind of actions envisioned under the new legislation would only be employed in a worst-case scenario.

One official characterized it as a break-glass-in-case-of-emergency type of tool to be used if Ottawa needed to move quickly. Assets that could be purchased in such a scenario include not only financial instruments but also physical assets.

Officials compare the mechanism to the Troubled Asset Relief Program (TARP) created by the U.S. government in late 2008. During the 2008-09 crisis, Washington purchased assets of troubled companies, as well as shares in them, in of the largest interventions in history to help stem a financial meltdown.

Part Eight of Bill C-13, which received Royal Assent on March 25, gives Finance Minister Bill Morneau the power to set up a corporation if, in the minister’s opinion, it is “necessary to promote the stability or maintain the efficiency of the financial system in Canada.”

One of the government sources who was granted confidentiality said the tool offers the government a way to act directly to prop not only financial institutions but other companies that might be deemed to have strategic economic value, such as airlines.

The corporation would be set up to buy assets as a means of taking pressure off a financial institution or company. The Finance Minister would be permitted to hold all of the shares of this holding company on behalf of the Crown. The minister would have to the power to set rules for running the corporation, give direction to it and “merge, sell, wind-up or dissolve” it, including selling any or all shares of the corporation.

“This could include establishing an entity to purchase assets, if warranted,” Maéva Proteau, press secretary for the Finance Minister, said in a statement.

“It essentially provides the Minister of Finance with flexibility to respond expeditiously to COVID-19 developments. These financial tools could be used by the government to respond effectively to address the extraordinary situation created due to COVID-19.”

Under these provisions, the finance minister is also authorized to make payments to this corporation, or lend money to it, out of the government’s consolidated revenue fund.

Until September 30, the Finance Minister has also been granted authority under the new legislation to make loans to any company, provide a line of credit or loan insurance, or guarantee its debt without seeking authorization from cabinet. After September 30, the minister would have to seek cabinet authorization.

The new legislation also enables the federal government to take action directly, rather than through crown corporations, as it did during the financial crisis more than one decade ago.

Trevin Stratton, chief economist at the Canadian Chamber of Commerce, said it makes sense for Ottawa to give itself this tool as a contingency.

But Mr. Stratton said he cannot see the need for such a measure at the present time. He said that Canada has one of the most stable and well-capitalized banking systems in the world and the federal wage subsidy the Canadian government announced should help prevent a crisis where Canadians cannot meet their debt payments.

The most famous bailout employed by Ottawa during the 2008-09 financial crisis was support extended to two automakers. In 2009, the federal and Ontario governments injected $13.7-billion into Canada’s auto sector by contributing to the U.S.-led bailouts of Chrysler Group LLC and General Motors Co.

Ottawa and Queen’s Park received shares in return for their support and later sold them off.

Paul Boothe, a former senior federal and provincial public servant who helped steer the 2009 auto bailout, said a decision to support specific companies should only be taken after assessing a firm’s ability to rebuild after the crisis and the “supply-chain consequences” of it failing — where the loss of a company might have a cascading effect on many other firms.

“You can’t start basically taking over the private sector except in these really special situations,” Mr. Boothe said.