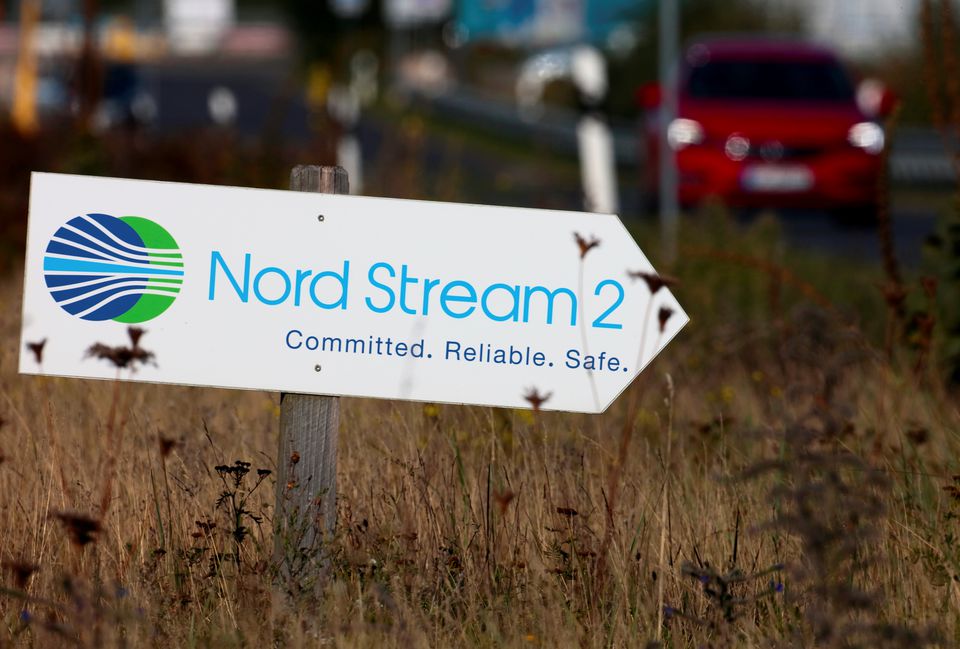 WASHINGTON, Dec 7 (Reuters) – U.S. officials have told members of Congress they have an understanding with Germany about shutting down the Nord Stream 2 pipeline if Russia invades Ukraine, a senior congressional aide told Reuters on Tuesday.

The aide said U.S. officials told Congress they have been in contact with their German counterparts in the event of an invasion, given the massing of Russian troops on the border with Ukraine.

U.S. officials say they have received assurances from Germany the pipeline would be turned off, the aide said. But it was unclear if the two sides had agreed on a definition of invasion, the aide said.

A European diplomat told Reuters U.S. officials had made it clear to allies that they would act to sanction the pipeline in the event of an invasion, which could make any German action a moot point.

“If the U.S. imposes (additional) sanctions, it’s an academic point, because no one will be able to do business with Nord Stream 2 for fear of running afoul of U.S. sanctions.”

German officials told reporters on Tuesday that there was still a process to complete before the pipeline would even start operations.

President Joe Biden has long opposed the Russian-German pipeline. The U.S. State Department has sanctioned Russian entities related to it, but not the company behind it, as it has tried to rebuild ties with Germany that deteriorated under Donald Trump’s administration.