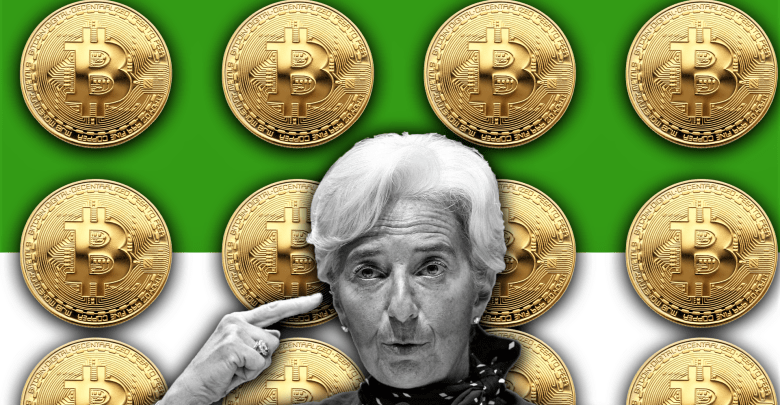 IMF recently stirred the financial world with an unorthodox publication on their website. In the post, IMF suggested an option to avoid another financial crisis by setting up a system with negative interest rates, which shocked a lot of investors.

Bitcoin challenges the authority of financial institutions that have since long controlled the global economy. Even though the implementation of the concept is tedious and difficult, crypto enthusiasts were not late to point out that bitcoin can be used as an investment token, even if the proposal is implemented around the world. The digital ledger gives people the freedom to carry out transactions without the involvement of a third party. The whole idea of bitcoin is built on secrecy and freedom. In case the IMF’s proposal works out, bitcoin can replace mainstream currencies and usher in a renaissance in the global financial ecosystem.

Cash can be obtained in unlimited quantity as the bank money and has the same buying power. Thus it serves as a bedrock in an interest-based economy. Some countries have successfully implemented the strategy in hard times by limiting cash transactions. A cashless society relies on the banks and every transaction made is recorded. In this way, the government can access everyone’s financial record, giving them control over money laundering and other financial crimes. In a cash-based society, the dynamic shifts towards cash as the government cannot track cash in the hands of the people. This gives them more financial freedom and the government gets less control over money laundering and investment. The blog post reads:

“Central banks have resorted to unconventional monetary policy measures. The euro area, Switzerland, Denmark, Sweden, and other economies have allowed interest rates to go slightly below zero, which has been possible because taking out cash in large quantities is inconvenient and costly (for example, storage and insurance fees). These policies have helped boost demand, but they cannot fully make up for lost policy space when interest rates are very low.”

IMF has proposed a solution for the problem too. According to IMF, a simple solution to tackle the issue is to make it as costly to hold cash as it would be to keep money in the bank account. The research by IMF suggests that there should be two currencies in a country, cash and e-money. E-money can only be transferred online and can’t be transferred in physical form while cash is the physical commodity to buy things. However, the value of the cash would depend upon the interest on e-money, meaning that whenever negative interest rates have been implemented, the price of cash goes down along with interests on e-money, making it expensive to hold cash. The blog post explains the system with the following example:

“To illustrate, suppose your bank announced a negative 3 percent interest rate on your bank deposit of 100 dollars today. Suppose also that the central bank announced that cash-dollars would now become a separate currency that would depreciate against e-dollars by 3 percent per year. The conversion rate of cash-dollars into e-dollars would hence change from 1 to 0.97 over the year. After a year, there would be 97 e-dollars left in your bank account. If you instead took out 100 cash-dollars today and kept it safe at home for a year, exchanging it into e-money after that year would also yield 97 e-dollars.”

At the same time products would be sold on different prices for e-money and cash. This way cash would not only lose value in terms of goods but also in terms of e-money. If the strategy by IMF works, this would not only force people into a cashless setup but would also create an environment where people won’t have any financial freedom.

The crypto community did not take this news lightly and within hours of the story being published, crypto enthusiasts found a solution in the form of bitcoin. Any government and interest rates do not bind bitcoin; the value is not determined by the government and international authority but by supply and demand. Unlike other currencies, there will only be 21 million bitcoins in circulation ever. This means that the commodity won’t be unlimited like cash and is not regulated by the government and is also not dependent on the interest rate, it would serve as a good alternative for people to hold their savings in. As and when a government would try to force people to invest and not save money, bitcoin could become their savior.

Moderna says its coronavirus vaccine appears to be 94.5% effective