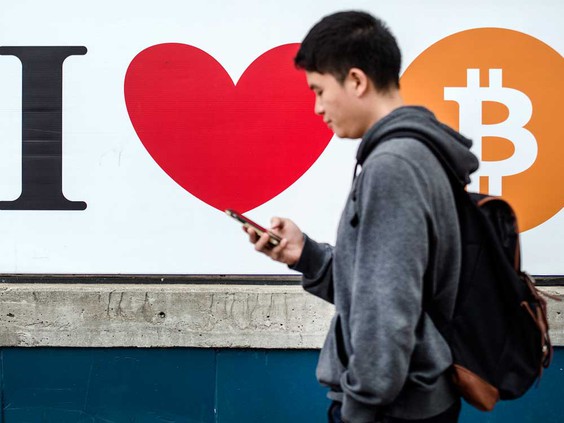 Stephen Harper may not be a big bitcoin fan, at least not yet. However, the former prime minister recently namechecked the cryptocurrency, which this week continued its rapid rise, cracking the US$50,000 mark.

“In the short to medium term … unless the U.S. becomes a catastrophe, it’s hard to see what the alternative is to the U.S. dollar as the world’s major reserve currency,” Harper told Jay Martin, chief executive of investment-conference producer Cambridge House, during an interview last month.

It was a small mention — and Harper added that the U.S. dollar would still retain its dominant position, as well as questioning bitcoin as a store of value — but it was a mention by an erstwhile world leader nonetheless, and one that managed to generate a bit of buzz in cryptocurrency circles. Everyone, it seems, is now talking about it.

It does feel like it’s not going to go away anytime soonGREG TAYLOR, CHIEF INVESTMENT OFFICER AT PURPOSE INVESTMENTS

Last week it was electric carmaker Tesla Inc. revealing it had bought US$1.5-billion worth of bitcoin. BlackRock Inc., the world’s largest asset manager, has reportedly dipped a toe in the same waters. And the city of Miami has considered letting residents pay taxes with bitcoin.

Taken together, it’s more evidence that cryptocurrency, once the domain of outsiders, is moving ever closer towards the mainstream, where major companies, governments and, yes, even ex-PMs are confident enough in its future to either use it or talk it up.

Traditional pillars of the financial system are now laying the groundwork for their own responses to the digital currency boom, the future of which is uncertain, though bitcoin’s total value hit US$1 trillion on Friday. But the more pressing issues may be about who else wants in, how they’ll fare if they decide to do so and just how mainstream the movement can really go.

“Who’s next and what will tip (bitcoin) over the edge and trigger the next surge?” asked Craig Erlam, analyst at New York-based foreign-exchange firm Oanda Corp., in a note to clients last week. “It’s quickly become the dominant news story which has also never been a bad thing for the space, given its desperation for acceptance.”

There are several reasons for the recent embrace of bitcoin. One is the belief in its value by both early adopter retail investors and, more recently, institutional investors.

Another is that persistently low interest rates seem to be increasing the value of everything, which has led some investors to turn to cryptocurrency in an effort to squeeze more out of their cash holdings.

The pandemic has also shifted ever more commerce online, nudging consumers further away from physical coins and bills. COVID-19 has also prompted central banks to create massive amounts of traditional money as well, teeing up the theory that bitcoin and other digital assets offer a possible hedge against a potential burst of inflation and the depreciation of traditional currencies.

And, of course, there are the people trying to get rich.

“The recent spike in (cryptocurrency) prices looks less like a trend and more like a speculative mania — an atmosphere in which one high-profile tweet is enough to trigger a sudden jump in price,” Bank of Canada deputy governor Timothy Lane said in a speech on Feb. 10.

There may be arguments about cryptocurrency’s merits, but there is no denying that a growing number of mainstream players are climbing aboard in some fashion.

For example, Mastercard Inc. earlier this month said it will start supporting certain cryptocurrencies directly on its network this year, allowing for a new form of payment between customers and companies.

“There’s an increased adoption by players who are respected in the market,” said Elliot Johnson, chief investment officer and chief operating officer at Toronto-based Evolve Funds Group Inc., which on Friday launched a bitcoin exchange-traded fund (ETF). “And that is obviously encouraging for everybody who’s in the space, because it further shows legitimization of the asset.”

Another recent convert is Bank of New York Mellon Corp., the oldest bank in the United States, which on Feb. 11 announced it was forming a business unit that intends to allow for the transfer, safekeeping and issuance of digital assets.

A spokesperson for BNY Mellon said the custody bank’s platform would be a “global solution,” and one that would be offered in Canada. A day later, a joint venture between BNY Mellon and Canadian Imperial Bank of Commerce was announced as the administrator of Purpose Investments Inc.’s bitcoin exchange-traded fund.

CIBC Mellon said it still operates in “a highly-regulated environment,” so any services must meet with the approval of financial watchdogs. It may act as a fund administrator, but said it does not currently provide custody for cryptocurrency.

Still, it may be that more traditional financial institutions will soon find themselves being prodded to offer similar services.

“Indeed, some investors, fintechs and venture capital funds are beginning to make a sustained commitment to cryptocurrency, regarding it as the future of money,” Boston Consulting Group said in an online post in November. “Banks can no longer afford to ignore this opportunity.”

Canada’s Big Six commercial banks are as mainstream as it gets, but any cryptocurrency-related ambitions they might harbour could be limited.

For one thing, their method of accounting means that cryptocurrency would not be considered cash on their balance sheets, according to Rob Colangelo, senior vice-president, global financial institutions group, at DBRS Morningstar.

Unlike, say, Tesla, buying a chunk of bitcoin would not allow Canadian lenders to squeeze better returns out of their cash. In the meantime, they’d still be grappling with the sort of risks that come along with holding cryptocurrency, particularly its volatile price action.

“I think that until there is some standard regulation across the globe, you’re not going to see the large Canadian banks play a major part in the cryptocurrency surge that’s happening right now,” Colangelo said.

Regulators may tolerate bitcoin, but that doesn’t mean they’re about to start promoting it as the next big thing. The Bank of Canada, for instance, could easily be counted among the crypto-skeptics.

“Even in this increasingly digital economy … cryptocurrencies such as bitcoin do not have a plausible claim to become the money of the future,” the BoC’s Lane said in his speech earlier this month, according to a transcript.

“They are deeply flawed as methods of payment — except for illicit transactions like money laundering, where anonymity trumps all other features — because they rely on costly verification methods and their purchasing power is wildly unstable.”

The Bank of Canada is not the only skeptic. A note earlier this month from Swiss bank UBS Group AG said cryptocurrency’s mainstream moment looks to be more hype than substance.

“We are also skeptical that mega-cap platforms with in-house payment ecosystems and strong global networks would cede their infrastructure to volatile, and regulatorily risky, crypto networks,” the note added.

Yet even as the Bank of Canada takes shots at cryptocurrencies, it is also ensuring that its ability to transmit monetary policy to citizens is not disrupted by a new breed of digital assets.

The central bank views so-called stablecoins as more of a threat to its policy efforts than cryptocurrencies, since the former’s value can be backed and steadied by more traditional assets, such as government bonds. Even so, the economy’s increasing digitalization has prompted it to accelerate work on a “digital loonie” that could compete with bitcoin and ensure the bank’s interest-rate setting decisions are reaching Canadians.

Right now, the Bank of Canada is working on a digital currency as just a contingency plan, but it does appear to be doing a considerable amount of work.

A spokesperson last week said the bank has hired for 19 positions to support its efforts, and it plans to hire “several more” people in the coming year. It currently has a job ad up for a cryptographer who would, among other things, “assist in the design and development” of various proof-of-technologies and proof-of-concepts.

Similar prep work could be happening in the private sector.

For example, Purpose said bringing its bitcoin ETF this week to market entailed unique challenges, such as ensuring daily liquidity, as well as parking the cryptocurrency in “cold storage,” a secure spot that’s not connected to the internet.

The fund’s administrator is eyeing similar business opportunities, as CIBC Mellon said there is increasing demand from investors and the financial-services industry when it comes to digital assets.

“CIBC Mellon has been collaborating with global and domestic financial services industry stakeholders in order to evaluate potential digital asset servicing solutions to support this segment,” said Ronald Landry, head of product and Canadian ETF services at the company, in an emailed statement to the Post.

In the meantime, Canadians are finding different ways to gain exposure to private digital currencies.

Traffic-tracking firm SimilarWeb Ltd. counts a handful of crypto smartphone apps as being among the 50 most popular finance apps in Canada. Canadian regulators have also approved closed-end bitcoin funds that generally trade in the secondary market at a premium to their net asset value, which shows there is still “unmet demand,” Johnson at Evolve said.

Some of that excess demand is now being met by the bitcoin ETFs being rolled out by Canadian firms, which offer investors a much easier way to gain exposure to digital currencies than had previously existed. The obstacles separating people from cryptocurrencies are being broken down, which could put the onus on investors to do their due diligence.

“The approval of closed-end funds and ETFs investing in bitcoin suggests that regulators prefer to leave analysis of the merits of bitcoin to investors, but intend to use the regulatory apparatus to arm investors with adequate disclosures to inform their decisions,” Eva Markowski Belmont, a lawyer at Siskinds LLP, said in a recent blog post.

If the changes occurring in the cryptocurrency market seem familiar, they should, said Greg Taylor, chief investment officer at Purpose Investments, since the same thing happened with gold.

For centuries, the metal had to be lugged around and stored, which may have turned off investors. Now, though, you don’t need a vault to buy it, all you have to do is buy a gold ETF.

Investor demand for a bitcoin ETF has seemed strong so far — Purpose’s fund is already seeing tens of millions of dollars in trading volume.

“It’s certainly a volatile asset class,” Taylor said of cryptocurrencies. “But it does feel like it’s not going to go away anytime soon.”