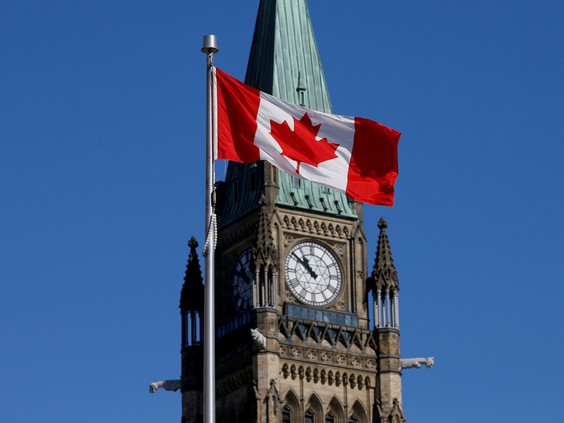 There was a time when budget documents out of Ottawa were little more than a series of spreadsheets. When the government of Pierre Trudeau released its 1972 budget, the only document accompanying it was a typewritten seven-page package of “budget highlights.”

Those days are now firmly over, and this year’s 700-page tome includes plenty of lengthy screeds about hopes, dreams, equity and “building back better.” Below, some of the stuff you may have missed amid all the hubbub about new taxes and cheap childcare.

“Homes are to live in”
The drafters of the 2021 budget took pains to make the language as plain and accessible as possible, to the point where its various platitudes often carry the slightly condescending tone of an elementary school textbook.

“Homes are to live in,” declares a section on the non-resident housing tax. “Taxes help pay for the government programs and services that benefit Canadians,” reads the introduction to Chapter 10. “Canadians and Canadian businesses use fuel every day,” states a description of the Clean Fuel Standard.

But it’s the opening sentence to Chapter 8 that arguably takes the cake: “No relationship is more important to the federal government than the relationship with Indigenous peoples”

Everything is infrastructure
Down in the U.S., the newly anointed administration of President Joe Biden has been receiving criticism of late for adopting an unusually broad definition of the term “infrastructure,” such as applying it to health-care spending.

This Canadian federal budget is no different, and Ottawa will no longer be constrained by the i-word only referring to stuff such as bridges and railways. “Child care is essential social infrastructure,” reads a description of the new plan for a federal child-care strategy.

The natural world, which has traditionally been understood as the opposite of infrastructure, is also enlisted as infrastructure in Budget 2021. “Natural infrastructure is the natural spaces and wildlife crossings that support conservation and biodiversity, and provides the wetlands and marshes that help prevent flash floods,” reads a passage announcing the launch of the Natural Infrastructure Fund.

No buzzword left behind
Government budgets, particularly Liberal ones, are drawn up by people with master’s degrees who spend a lot of time on Twitter. As a result, there’s quite a lot of academic-y bureaucratese in Budget 2021 that may not yet have entered common usage at the local bingo hall or bait shop.  The term “she-cession” is mentioned three times, in reference to the economic effects of COVID-19 on women. “Today, more than 16,000 women have dropped out of the labour force completely, while the male labour force has grown by 91,000. This is a she-cession,” reads a passage in chapter three.

The favourite word of Budget 2021, however, is “racialized,” the term Ottawa has roundly adopted to replace the term “visible minorities.” It appears 114 times as compared to only four mentions in the 2019 federal budget. And of course, the budget’s drafters made sure to use the most up-to-date version of the LGBT acronym: 2SLGBTQQIA+.

Good for you!
Vanishingly few Canadians are going to care that the owners of planes, luxury cars and boats are now being hit with a premium on their taxes, so finance minister Chrystia Freeland could afford to lay on a bit of passive aggression in her description of Canada’s new luxury tax. “If you’ve been lucky enough, or smart enough, or hard-working enough, to afford to spend $100,000 on a car, or $250,000 on a boat – congratulations! And thank you for contributing a little bit of that good fortune to help heal the wounds of COVID and invest in our future collective prosperity,” she said in her budget speech.

The budget itself also takes a moment to guilt anyone with access to a Beechcraft Bonanza. “Even as Canadians have sacrificed to keep our economy going through the pandemic, some of the wealthiest have done well,” it reads, adding “those who can afford to buy luxury goods can afford to pay a bit more.”

The extremely gendered budget
The longest part of the budget, by far, is a relatively new section that breaks down every single budget promise by the sex, age and income of whoever is best poised to benefit from it. This is what Ottawa means when they say that their budgets will be subject to “gender-based analysis.”

This is a relatively easy exercise for, say, the “Supporting Women Entrepreneurs” pledge in Budget 2021. But it gets somewhat abstract when the government’s gender-based analysis wonks are forced to grapple with national defence or clean air.

One pledge for greater green investment, for instance, carries the caveat that, since males are usually the ones installing solar panels or erecting windmills, “benefits are likely to disproportionally accrue to men.” Regarding new government plans to combat terrorist financing, analysts conclude that these will benefit “vulnerable groups such as women and children,” as these are the demographics most likely to be killed or maimed by terrorists.