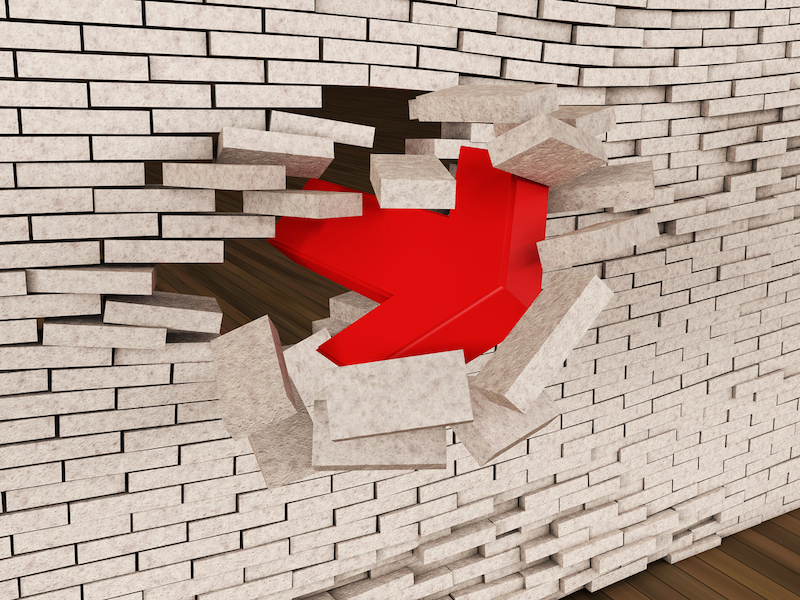 A three-dimensional composition, a red arrow, breaks through the brick wall and can be used in any design

Institutional investors still dominated the exempt market in 2019, but individual investor participation was growing, according to new data from the Ontario Securities Commission (OSC).

The OSC has reported that a total of $88.6 billion was raised in Ontario’s exempt market in 2019, with around 96% ($85.3 billion) of that coming from institutions. Individual investors accounted for nearly 4% ($3.3 billion).

While the amount of capital raised declined a bit, the number of issuers tapping the exempt market remained steady between 2017 and 2019 — and the OSC noted that the number of investors in the market, particularly retail investors, had increased significantly.

For instance, the OSC reported that retail investors largely participated in deals for domestic issuers, whereas institutions allocated more capital to foreign firms —mostly in the U.S.

Individual investors also made most of their investments in equity and other non-debt securities (70%), whereas most of the institutional capital went to debt financings (56%).

By sector, retail investors also focused about 37% of their investment on the mortgage and real estate sectors, compared with just 15% for institutional investors.

Most investors (both individuals and institutions) rely on the accredited investor (AI) exemption to participate in deals, followed by the offering memorandum (OM) exemption, the report said.

In total, the OSC reported that the OM exemption, along with other recently-adopted exemptions (e.g. the family, friends and business associates, and existing securities holder exemptions), have been used to raise just over $1 billion since 2017.

“Investor participation in Ontario’s exempt market has increased considerably,” said Paul Redman, director, regulatory strategy and research at the OSC. “The findings in this report will inform the OSC’s ongoing efforts to monitor and oversee this important component of our capital market.”